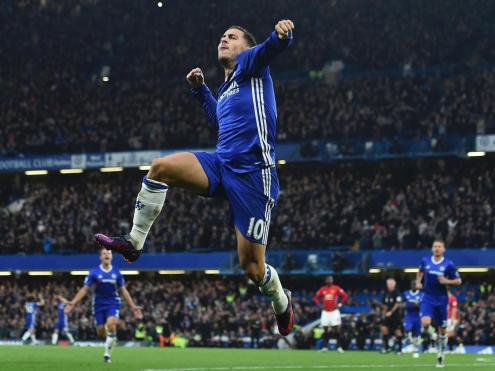 ‘On each of the four previous occasions that Chelsea have been top going into the festive period they have gone on to win the title, doing so in 2004/05, 2005/06, 2009/10 and most recently in 2014/15.’ However, only 12 of the previous 24 Premier League winners have held on to the lead from December through to May. So Chelsea have a strong record for holding on to the lead from Christmas to win the title but looking at all the previous winners it has only happened half the time.

Now we only have one season of strong data for our own FFUK league so we don’t have the depth of stats that the PL has. Further, changes in the game (ie. chips) and in the league (ie. the number of players) would heavily skew any historic data anyway, so here I will focus on two aspects of the current TOP 10: comparison to last season and, the current TOP 10 themselves. If you want a quick answer, the leader in December did not go on to win the FFUK league, in fact, the winner, Paul Baker (87th) was 9th in the league at this stage last season…

Matt Reid (12th) started December in 6th but has since dropped six places, not that 5 points off the TOP 10 is a massive concern. Likewise, Richard Green (15th) came in and then dropped out, from a high of 6th place in GW16, and Jimmy Prebble (13th)  who held 5th place for GW14-GW16, has dropped to 13th. Phil Smith (14th) who flirted with 9th place on a couple of occasions has dropped to 14th, while perhaps the most significant fall is Josh Kelly (26th) from 10th GW14 to 26.

Asides of these guys, 7 of the TOP 10 at the start of the December (GW14) still retain places in the prize-winning positions.

The Top 3 currently seem unshakable, Nick Johns (1st), Stuart Newton (2nd),  and Sean Colohan (3rd) have switched places at various times but have been our Top 3 since Gameweek 11. That was back in early November and is an ominous sign as far as I’m concerned (probably a good sign if you are one of the three). Nick Johns currently sits top on 1178 points, which is 87 points above 10th placed Mark Ford (10th). While anything can happen, these three currently look so firm that it is difficult to see them moving at all. That said, there is only a 34 point gap to Andy Jackson (4th) who has been a mainstay in the Top 10 for some 14 gameweeks. Andy Jackson has actually only spent 2 gameweeks outside of the TOP 10, and has therefore been present for 18 of the 20 Gameweeks so far. Impressive.

Jim Wheat (5th) is the newbie to the group, entering the TOP 10 in GW19, while David Pegg (6th) joined in GW15 and has sat happily there throughout December. Chris Galloway (9th) was in the TOP 10 from GW12-14, dropped out, and then came back in GW20, following some consistently constructive transfers through the month. Unusually for this game, four of theTOP 10 were in on GW1, Andy Jackson, Mark Ford, Nick Johns and Chris. Surely signs of this level of consistency are a worry to the chasing pack. On that note Allan Tomkins (7th) has been in the Top 10 since for 10 gameweeks barring a brief excursion, and John Harper (8th) has been there for 14 gameweeks. Last season was defined by Gameweek 8 and then the game month of December proved crucial to the season’s prizewinners. Have such pivotal moments already occurred this season or are they yet to come? 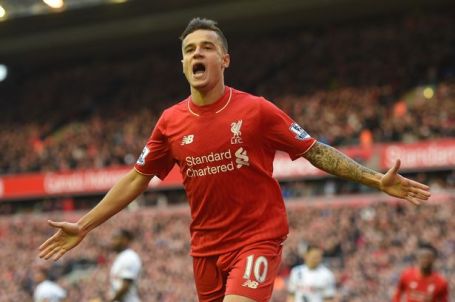 Still there are other prizes of course. There are two Cups, a MOTM prize, and a Best Gameweek Score all to play for. The Best Gameweek Score remains open, with double gameweeks sure to come later in the season, although Dean Collins‘ 101 points in GW14 is looking very tasty. Likewise John Gordon’s December score of 378 points will be tough to beat with doubles included. The Challenge Cup is the only prize that the top guns won’t get a chance at, as none of the current Top 10 are in. They will fare better in the FFUK Cup as upon the draw, 7 of the Top 10 were placed in the FFUK Cup, and currently half of the Top 20 are all playing out FFUK Cup matches.

But, as I’ve said, as far as the league goes, it’s positions that mean prizes. A quick peak back to last season shows that Nick Johns current score is only 6 away from 1st placed Mark Turnbull’s 1184 points in GW20 last season which seems too close to be true. However, and slightly differently to last season, the point’s margins are closer at the top this year, and progressively narrow further down the league. I’ll save you from the numbers that justify this point, and simply say that what it means is that the Top 10 are much safer than they were last season, and it will be a lot harder for any of us in the chasing pack to catch them (or eachother for that matter).

And then there is the chips factor too, which makes things look even worse for us chasers. The only positive is that the chips are still an unknown factor; last season, on the dgw when most chips were used, Aguero and Sanchez both had whopping weeks, and it just may not be so ‘predictable’ this time round. A differential captain on a dgw could mean a massive swing. That’s the good news. The bad news is that this time last season the Top 10 had already used all sorts of chips, triple captains, bench boosts, half the Top 10 had used their 2nd wildcards before February, two teams in the Top 10 already had no chips left at all…

Asides of an AOA here and there, and 8th placed John Harper’s GW19 wildcard, the current Top 10 all have their Bench Boost, Triple Captain and 2nd Wildcard intact. So any comparison between the two seasons in this respect, is worryingly irrelevant.

Some good news? We really don’t know for certain how best to use the chips in combination with a wildcard. Some great scores were had last season with or without the wildcard, and even because no chips were used. Put it this way, Jonathan Britcher scored 146 points in GW34 last season with no wildcard and no chips. Lester Deeble (you love a mention) scored 178 points using bench boost, after wildcarding back in January. In the following gameweek Britcher achieved 60, Lester 58. I, along with many others, used a wildcard before the dgw, then a bench boost, then had no players in GW35. The highest score in that DGW34 was Lester’s, and a couple got knocked out of the Top 10 cos they had no chips. The lowest score was 78 points, but obviously that was with no chips. Still, that’s a 100 point swing, and it’ll be interesting to see how it pans out this season. Although I find it difficult to see the Top 10 getting battered on a DGW by those below, I still believe. It could happen, anyone for a triple-captain differential in a double gameweek? It may be all that some of us have!