What a month in the Cups! February was a vicious month and the bite was felt by many players in the final gameweek. There was a real range of scores, which meant that cup fixtures swung heavily in GW26, and as a few crept through quietly, for others explosions and implosions settled Quarter final hopes.

There is no better place to start than Dean Collins v Jamie Stewart, their tie ending in a draw. Jamie, an FFUK veteran went into the last gameweek with a 40 point lead, which I’m sure you would agree is pretty hefty. Often those leads can swing of course, but that can only happen with a few crucial elements; captains, differentials, and a big dollop of luck.

The gameweek started with transfers, JDS took a -4 to exchange non-playing Ozil (0) and Sanchez (0) for playing and in form Mane (2) and Barkley (3), while DC made a straight-forward Willian (1) to Pedro (12) swap. If you’re looking closely you’ll see that JDS profited from his hit, by 1 point, but DC’s transfer couldn’t have gone much better.

Now how many twists of fate would you like? Philips (0) didn’t show up at all for JDS, injury meaning that Philips wasn’t even on the bench for West Brom. But DC was fielding Ashley Barnes (-1) for the first time, plonking Sanchez on the bench for a rest. I’m sure Dean was one of many seriously pissed off Barnes owners on Saturday.

The captain pick was key, Dean has even said that he deliberately chose Kane (20), knowing JDS would quite rightly play safe with Lukaku (6), and needing something different (or having nothing to lose). Spurs 4th goal even nicked a crucial point from Stoke’s Pieters (0), who coincidentally was sitting in Jamie’s back line.

This meant that come Monday night, Dean had gained 38 points on JDS, and at the same time had overtaken Jamie in the FFUK league too. Dean had no players left to play, but JDS still had one. Step up Mane (2), away to relegation battlers/Premier League Champions Leicester. Mane scored 16 points in the previous gameweek, 2 goals, a clean sheet, and full bonus. What could possibly go wrong?

In the end Dean Collins (14th) and Jamie Stewart (31st) both finished on 198 points for February, the tie meaning the fixture was to be decided on overall rank. One gameweek, 40 points gained for Dean, overtook Jamie in the league, and through in the Cup. Big congratulations to Dean!

Apologies to Jamie for dissecting your match, and commiserations to you, but this fixture really shows the beauty of Cup football. Big up Jamie, I know this will simply allow you to focus in on your late-season run!

FFUKing Liverpool. FFUKing Leicester. I’m not sure which of them to be more astounded by.

Also through to the Quarter Finals of the FFUK Cup are:

The Quarter Final draw will be carried out Friday 3th March 2017 during the Meet the FFUKers Vid.

Following some erratic scorelines in the first few rounds of the Challenge Cup, things finally seem to have settled, with some serious competition in the 4th round. To start with, Louise Wilcockson (74th) came first for the month of February with 244 points. Manager of the month Louise didn’t really give Alex Schroffenegger (39th) a chance, and won with a more than comfortable 71 point lead. Kudos to Louise, who captained Lukaku’s 4 goals v Bournemouth, took 2 hits through the month, while rotating Grant and Foster in goal, making natty transfers (Pedro in GW26) and taking some chances. GW23 transferring Alonso to Coleman looks sharp in retrospect, playing alongside Walker and MacAuley in a solid yet threatening back line. Well played Louise!

Tom Aitchison (51st)was the gameweek’s highest scorer with 92 points which took the fixture from Neil Gordon (69th), Tom winning by 9 points. Similarly, despite a 71 point gameweek for Donald Macauley (25th), he fell to Toby Jones (17th), who won through with a differential Pedro captain. 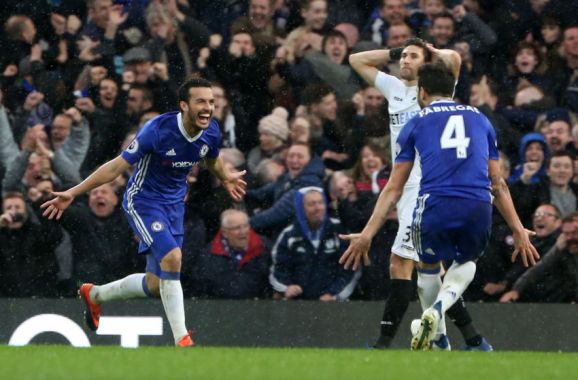 Also through to the Challenge Cup Quarter Finals are:

Congratulations to everyone who made it through and commiserations to those whose Cup run has passed. Good to see Stan Packham doing well in the Cup, Stan finished in the Top 10 of the league last season and though that feat looks unlikely to be repeated, he’s two fixtures away from a prize in the Challenge Cup…

Challenge Cup fixtures for the Quarter Finals have been updated on the tab above.