The first gameweek of 2016 was somewhat underwhelming to say the least, a bit of a new year hangover you could say. Many of the the big hitters once again underperformed and what made it worse was that a few of the usual suspects didn’t turn up either. All in all it was a less than spectacular gameweek. Has your hangover subsided? Good, then lets look at it a little closer…

The best player was Laurent Koscielny who scored 15 points courtesy of a goal, clean sheet and the maximum bonus equalling his best score of the season. Did anyone bring him in this week? 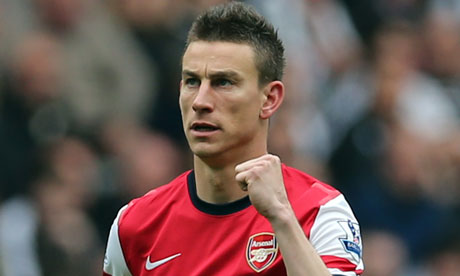 Artur Boruc of Bournemouth was the best next best player with 14 points (clean sheet, penalty save and max bonus), underlining the random nature of this week’s scorers.

In seasons gone by teams would be loaded up with Chelsea players by now but this season’s debacle means that very few can be found. As a fan, it is strange to not have a single player in my squad. Consequently, I had to get Courtois in a few weeks back to ease my conscience. And they say there is no sentimentality in fantasy football! Against Palace, the Blues looked like they were back to something like their old selves although, it should be noted that the Eagles were missing two of their most influential players in Cabaye & Bolasie. Oscar, Willian & Diego Costa (pictured below) all scored big. Certainly Oscar & Willian offer intriguing options going forward.

Perhaps this is all best illustrated by the unexpected players that appear in the team of the week below, double West Brom, treble chelsea and a front line inlcuding Defoe, Martial & Costa would not have got you very far most GWs this season.

So how did this all affect the FFUK league?

The top 4 remain the same, Mark Turnbull (1st) remains at the summit. But with the league leader scoring just 39 points you can get an idea of the sort of meagre scoring we have witnessed in the first gameweek of 2016.  Ozil (c) was a popular pick this week but he was unable to provide attacking points. Thankfully Mark had Cech in goal who provided a much needed 10 points.

In fact out of the Top 50 only 7 captain picks were successful. 6 of those managers selected Giroud (c) who supplied an assist. However, congratulations are due to Robert Browne (17th) who selected Yaya Toure, by far the best pick in the Top 50.

Stan Packham (5th) was the highest scorer in the Top 50. Stan used his Bench Boost for an additional 11 points meaning a gameweek total of 50 points. Whilst that Bench Boost score isn’t going to make the headlines normally, on such a low scoring week perhaps it was a wise move as Stan was able to move up the table.

Duncan Hannigan (8th) was not so fortunate. His 24 points was the 2nd lowest on Page 1. In fact other than Lukaku’s assist the rest of his squad blanked (except for Toby who was last on his bench). Better luck next weekend Dunc!

Duncan wasnt the worst score on Page 1 though, that unwanted award goes to Euan Phillips (38th) who amassed just 22 points. I don’t need to tell you that he didn’t have a great deal of attacking or defending points for any of his players. Write this one off then Euan, draw a line under it, next week can’t be that bad again. Can it?

Daron Russell (47th) continued his recent resurgence with 41 points though Daz’s bench score of 32 points is likely to irk somewhat. Daron’s squad looks strong on paper but can he select the correct starting XI next week?

Finally it would be remiss of me not to mention Pete Cronin (23rd) who this week transferred in Koscielny. Lucky lucky lucky. Perhaps justice was served as he had Toby & Evans’ points on his bench? Should have gone 5 at the back Pete!

So that’s it. Rubbish for my team once more and The Tinkermen continue to slide down the table. I think I must have taken my eye off the ball over Christmas/New Year. Can someone please assure me that I am due a decent gameweek soon…