I have tinkered, analysed, researched, played around, flipped, reversed and repeated until finally, yesterday morning, two days before the start of the 2015/16 season, I was finally happy with my team. Good balance throughout, flexible but solid, plenty of seasoned performers, not too many punts, good options should I need to change anything once the season starts. Then I realised last night that there is still something I haven’t resolved, let’s call it Pete’s Dilemma, or, The Aguero Situation.

Realistically, I can just see Aguero (13 million) playing for Man City against West Brom on Monday night, Gameweek 1. Alternatively Aguero may not start against West Brom but may come on as a sub. And he may score. We know that even at 50% fitness Aguero can outshine almost all the attacking players in the Premier League. Now even if Aguero doesn’t play against West Brom he will likely play against Chelsea in Gameweek 2. Or not? Gameweek 3? There is just no way despite Aguero’s regular injuries that he will be out for weeks. And when Aguero plays, he really is essential. For me, Aguero and Hazard are the only players right now, the day before the league begins, that are essential. That will change through the season but for today, they are the only two ‘geniuses’ in the league.

So I’ve spent some two months working on my team (June was purely study of course). I’ve perfected my team and all the while in the back of my mind I’m telling myself ‘don’t worry about Aguero, you can sort that out later’. The real;isation that I haven;t thought enough about Aguero has come late. So what are the options? Well, there are few. The first is simply not to worry about Aguero and then use an early wildcard to get him in. A wildcard for a single player is, I believe, an utter waste. In good sense wildcards should be reserved for injuries or serious restructuring. So the second option is to put him in the team from week one. If you have tried this then you will know just how much the ‘perfect’ team needs to be altered to get Aguero in, especially if you have a raft of high priced players in your team. And if you put Aguero in the team from the off and then he has one or two weeks out then he’ll sit on the bench while that money you spent on him could have been used elsewhere. The same goes for making a team without Aguero but leaving enough cash in the bank to transfer him in with a single transfer, surely a waste of funds or actually the only option? The connotations of having to transfer Aguero in after he has a 0.1m price rise are quite horrible. I won’t have to free up 1m, 2m or 2.5m to get Aguero in but I’ll have to free up 1.1m, 2.1m or 2.6m. At this early stage of the season all my players will still have nice round values in multiples of 0.5m so to find an extra 0.1m I’ll actually have to find an extra 0.5m. This is a really nice way of damaging the team in the early stages, I do it most years.

But yes, I’m working on the basis that unless Aguero is injured long term then simply not having him at all is not an option. I’m not going to wildcard early for one player and there is no way I’m risking putting Aguero in gameweek one (although this could easily pay off). Gameweek 2, Man City play Chelsea at the Etihad which everyone will be agree is a difficult and unpredictable match (and) it’s unlikely to be high scoring. So the final option is contingency. Now while this can’t account for fluctuations in prices (which could prevent this from working, especially if Aguero really does start scoring gameweek 1), I don’t see what else I can do.

Come on Pete, man up, be strong, you’ve done the work, go for solidity, solidity and flexibility!

So let’s reassess. I’m going to solidify and free up some funds. I’m going to have to take the chance that Aguero doesn’t get a price rise before I transfer him in. And Chris is right, looking at my defence there is no point having Targett (Southampton, 4 million) on the bench. He will likely play until gameweek 4 or 5 when Bertrand returns. Might as well either have him and take the cheap playing defender while he plays or just not bother. Even still, I don’t want to be using up transfers or having non-starters on the bench. Same goes for S.Taylor at Newcastle (4 million) to be fair, Coloccini might retake his spot and ‘Saylor’ would just be another cheap non player on my bench. Hmph.

I want playing players…. Nope. There’s no point doing this. I’m sabotaging my team, I’m looking at players like Baker and actually considering them. It’s not working. It’s all a waste of time. I’m at the mercy of the gods. I just pray thanks that I have Jamie Vardy. It was like a vision. Snoop Dogg is playing in the background and I’m looking at you Jamie Vardy, and you’re a gangster, you’re a badass, you’re the one for me, the one who saves me, everyone else has overlooked you, you’ll be like Kane last season, who cares about Aguero? I’ve got you! Vardy! Come on Vardy! Come on Vardy! Come on Vardy! 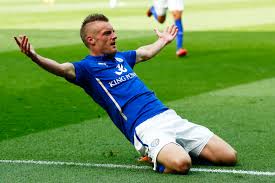 One thought on “PETE’s NOTES – THE AGUERO SITUATION”