With the new Premier League season now just days away it is prediction time here at FFUK. We asked 5 FFUKers to answer 5 questions about the forthcoming season in 5 minutes. Take 5 guys!

Before we get to that though Time Is Running Out to select your squad and join the FFUK league. We are looking at record participation this year, but have you signed up yet?  If you have then no doubt its tinker time at your house, and what a wonderful thing a tinker is, like kids on Christmas Eve, we can make as many changes as our heart desires before the deadline on Saturday 13th August at 11:30am.

For those that haven’t yet signed up please check out all the details by clicking here.

But back to the future. Big thanks to Daron Russell  (Man Utd), Sam Blake (Spurs), Lester Deeble (Watford), Duncan Hannigan (Liverpool), Tim McEwan (Everton) and the original Ian Galloway (Chelsea) for their predictions. We have included the team they support too just in case you think that has affected their thinking (which it almost definitely has). We have added our predictions too, Chris (Chelsea) and Pete (Chelsea).

The eagle eyed among you will of course notice that you are getting more than 5 predictions here. Why? Because at FFUK we give you more!

1. What will be the Premier League Top 4 at the end of the season (in order of course)?

Sam: Man City,  Man United, Chelsea, Spurs. “The title will be won in Manchester this season, with Pep and Jose now managing in the Premier League. There is not a lot between the two teams but with a younger, proven goal scorer in Aguero, Sergio will be the difference.”

Lester: Man City , Man United, Chelsea, Liverpool. “I feel Pep will have the instant effect needed. United have to finish about Chelski, just to annoy them! Klopp has the team ready to challenge. Watford for Top 10…maybe Europe ;)”

Ian: Top 4 (with one surprise). Man Utd, Arsenal, Man City, Middlesbrough. “Boro will do well this season and 89/1 to finish in the Top six I think is a good bet.”

Pete: Man City, Arsenal, Man United, Chelsea. “Pep has by far the easiest job of the big new managers. Arsenal’s saving grace is the depth of young talent in their squad, and I think Jose and Conte still have a lot of work to do. 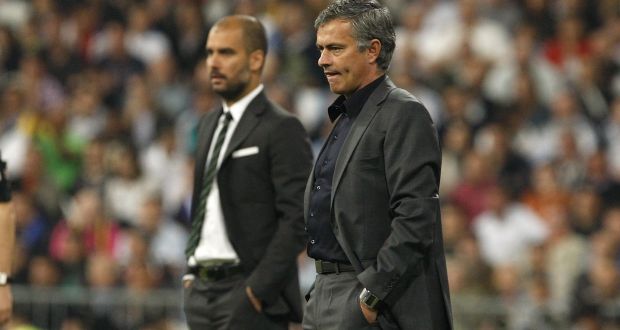 2. Who is getting relegated? Who is gonna finish rock bottom?

Daron: Boro, Hull, Burnley. “Going to go with an easy answer here and the 3 who have come up will go straight back down, with Burnley bottom. The Prem looks so strong this season and I think the promoted teams will struggle. Watford could be surprise relegation candidates to buck the above suggestions!”

Sam: West Brom, Sunderland, Hull. “Nice and easy, Hull City or Hull Tigers, whatever their name is! With only 11 players rumoured to be fit and no manager in place, sorry Hull fans, you will be going down. My other two picks may come as a shock but I’m going for West Brom and Sunderland. The Baggies have been quiet in the transfer window and with Berahino likely to be sold, I can’t see this side scoring enough goals to win matches. I was tempted to swap Sunderland with Burnley but with Big Sam now England manager, I don’t know if David Moyes has the same man management and relegation fighting skills Big Sam had.”

Lester: “Sunderland, Middlesbrough and Burnley bottom (unfortunately). Without Big Sam, Sunderland are buggered and Boro will follow the rest of the North East teams out of the league. Have a really soft spot for Burnley but yet, I just can’t see it working again!”

Duncan: Hull bottom, Boro, Swansea (Swans is a bit of a punt). 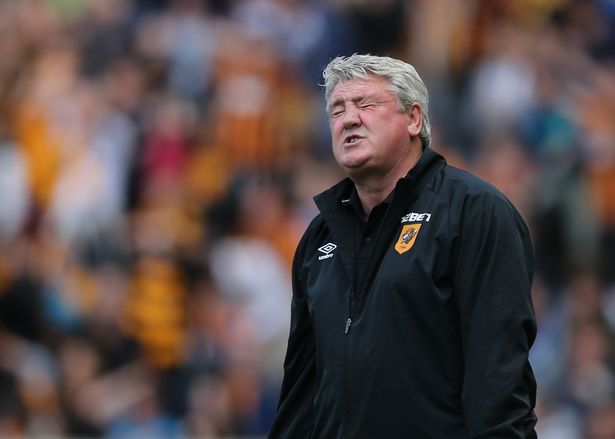 3. Who will be the highest scoring FPL player this season? This season’s Mahrez.

Daron: Zlatan. “This season’s top points scorer will be GOD! I think with his ability to score and set up his team mates, in a title winning season for the Red Devils, the pages are already written for his debut season!”

Sam: Aguero. “I don’t think this will come as a shock but this seasons highest scoring player will be Sergio Aguero. Man City, under Pep, and with the other new attacking signings made, I think Sergio will be prolific with the service provided and will even out score my beloved Harry Kane!”

Tim: Hazard. “I’m not expecting another Mahrez. I am expecting big things from Zlatan but highest points scorer I’ll go for Hazard. More clean sheet points under Conte and will still be on penalties.”

Ian: Zlatan. “Ibrahimovic, even at 34 he is immense and will be pivotal in leading Man Utd back to the top.”

Pete: Aguero or Hazard. “It’s gotta be Aguero really. If not how about Hazard?”

Chris: “If he is fit for most of the season then it’s Aguero.”

4. Who will be the biggest FPL flop of the season? This season’s Hazard

Daron: Aguero. “The big flop is a decision ruled by my heart, and a splash of hope, all resulting in a season plagued by injury for the Kun, and only a handful of starts to boot! Break a leg you Kun!”

Sam: Mane. “Sadio Mane of Liverpool. The Merseyside club splashed out a massive £34 million for the attacking winger. Southampton and Liverpool are a million miles apart, a massive step up in fan base, fans expectations and a big price tag around his neck, I think Sadio will struggle this season but will come good later on his Liverpool career.”

Duncan: Zlatan. “This is hard, to be a flop they must be north of £9m, I’ll follow my heart and say Zlatan.”

Tim: Sturridge. “Hopefully every Liverpool player!!! Sturridge will continue to struggle with his niggling brain injury so I’ll say him.”

Ian: Harry Kane. “There were signs that he was losing it last season and I think it will be continued.”

Pete: Ozil. “Who’s gonna have a dog do season? I don’t think anyone will fall so far below expectations as Hazard did last season, but I think last season may have been special for Ozil, and he might be a bit average this time round”

Chris: Rooney/Kane. “Hope it isn’t Hazard again! I just wonder if Rooney is about to be dropped by a certain Jose Mourinho. I also think Kane might struggle this season (basically I am very anti English players right now!)”

5. Finally, how do you think you are going to do in FPL this season?

Daron: “Top 10 is my objective, aided by a good first ten weeks, and a wildcard sat firmly dans ma poche!”

Sam: “Last season was my debut season and I never dreamed of finishing third. I would be over the moon to take a Top 10 place right now. With a lot of new signings and new managers in our league, I just hope I’ve picked the players to stay near the top and selected this season’s hidden gems.”

Lester: “If I get Top 20 I’ll be happy. First season fluke has passed now.”

Duncan: I find the more games I actually watch (don’t just rely on MOTD), generally the better I do, I’d be well happy with Top 20 but expect mid table obscurity this season.

Tim: “Better than last year would be good. Top 20 and a cup run? Finishing above Daron Russell is a must!”

Ian: “I am not over ambitious. Page 1 throughout the season would do, if I was ambitious it would be to be the top Galloway!”

Pete: “As long as I finish higher than last season I’ll be satisfied, though I’d love a Top 10 place.”

Chris: “I realised recently this is my 11th season playing FPL! I would love to beat my top finish of 379 but that is unlikely. The dream will always be to win FPL and the aim is to win the FFUK league of course but I’ll be happy with any prize.”

What do you think is going to happen? If you would like to add your predictions please comment below and we can revisit later in the season and see who knew what they were talking about!

Oh did I mention the FFUK league? Did I mention that Time is Running Out? Sign up if you haven’t already. We are looking forward to our best season yet!

Many thanks and best of luck to one and all!