Hi FFUKers! Chris has handed me the reigns this week and it gives me great pleasure to welcome you to the GW4 Review!

As you will remember, last time round we learned about the elbow, and then a naughty boy turned all our plans upside down by earning himself a ban. Silly Sergio. Well, as this happened during an international break, and with three gameweeks done, Aguero effectively handed us a variety of options going into Gameweek 4. All we had to do was make sure it didn’t BLOW UP in our faces.

The thing is, Sergio is £13 million, most people only had 1 free transfer, the international break is arguably a good time to wildcard, and so it all came down to choosing one of a few strategies to deal with the Aguero obstacle.

Of course, this meant that our favourite little Argentinian was completely irrelevant this week, it was what happened without him that was important. So let’s go over to one shiny happy Chris to find out how it went.

“Thanks Pete, now for a look back at the Premier League action over another pulsating weekend.

First up it was the Manchester derby, and it really was a cracker for the neutral. Jose got his selection wrong and waited too long to fix it. In his Chelsea days I can recall him hauling off Joe Cole and SWP after only 20 minutes. Is the Special One going soft? By the time he took off the ineffective duo of Lingard & Mkhi the game was pretty much gone. KDB (13 points) and his pals did the damage early on even though Zlatan (6) pulled one back. Bravo (2) got a harsh introduction to the league but still it was first blood to Pep.

There were six 3pm kick offs. Bournemouth squeezed past WBA 1-0 with Wilson (6) getting off the mark for the season. No clean sheet for Pulis’ men. In fact Bournemouth were one of only 3 teams to get a clean sheet. Did you have the right defenders?

Spurs beat a hapless Stoke 4-0 at the Britannia. A clean sheet, an assist and a brace for Son (19) meant he was the highest scoring player of the gameweek. What a hit Son! Alli (8) and even Kane (6) also got on the score sheet.

Arsenal got lucky, very lucky, against Southampton with a jammy last minute penalty. Up stepped Cazorla (9) to fire home the winner from 12 yards to the relief of the Gooners.

Burnley met Hull in one of the less glamorous fixtures but Defour (11) scored a cracker worthy of any game before Snodgrass (9) responded with a late free kick. 1-1 and the spoils shared at Turf Moor.

At the riverside Boro hosted Palace. Benteke (7) got his first for his new club but the star of the show was Zaha (12) with a goal, assist and maximum bonus. Ayala (7) got a consolation for Boro.

The other 3pm fixture was the best of the lot as The Taxpayers Stadium hosted West Ham vs Watford. The Hammers’ main man was Antonio (13) who earned a brace, both goals from Payet (9) assists early on. However Deeney (6) and co. fought back, apparently incensed by the flicks and tricks from the bubble blowers. Watford rallied and got it back to 2-2 by half time before overpowering their hosts in the second half. Deeney, Ighalo (11) & Holebas (7) got 3 of the goals but it was left to the now Essential? Capoue (13) to get an assist, goal and maximum bonus. That score makes him the highest scoring player in FPL this season. Who would have predicted that? 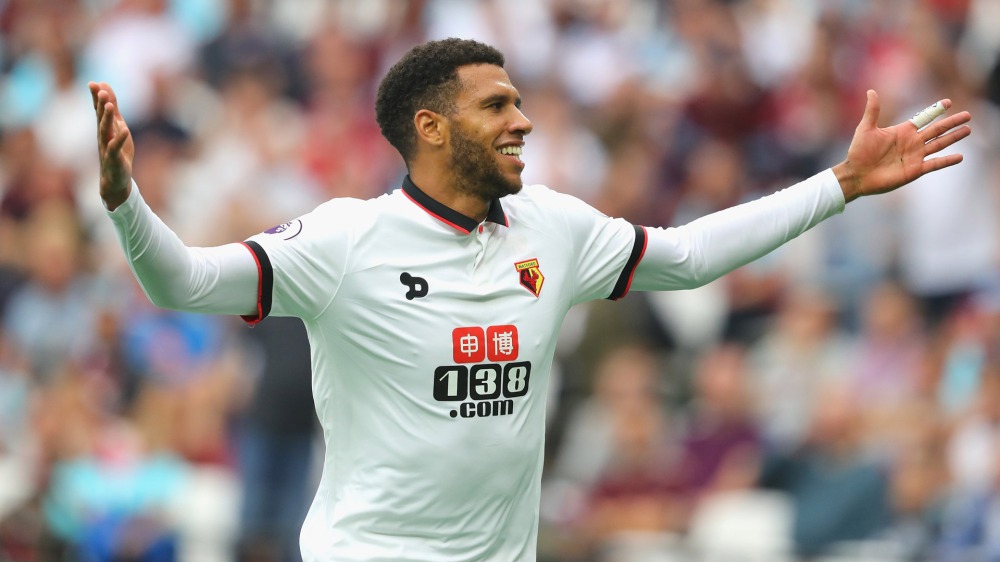 Saturday’s late kick off was also a great game with Liverpool beating champions Leicester 4-1. Lallana (8) & Mane (12) looked dangerous and both got on the score sheet but were overshadowed by Bobby Firmino (15) who got a brace and maximum bonus looking the best player on the pitch. Vardy (6) got a consolation for Leicester too, but they are clearly not the force they were last season.

After a cracking Sunday roast there was just one 4pm game with Swansea entertaining Chelsea, and it was another one good for the neutral. The Blues started strong and looked dominant only for Courtois (0) and Cahill (1) to throw it all away in the 2nd half. The pair may both find their places under pressure if they don’t improve and the latter in particular will be very lucky to come out of this as a first choice centre back. In hindsight, Cahill was fouled after his error, but considering Andre Marriner was unable to see Aguero’s elbow from 6 yards last week he was never going to see the foul by Fer. As a Chelsea fan I have to admit I am almost relieved that Conte has now seen this display, reminiscent of last season and the worst offender was once again Hazard (1). After a strong start to the season he was wandering about without a care in the world on Sunday. Sort yourself out Eden, there are fantasy managers all over cursing you right now. I was just starting to forgive you for last season too.

We needed an explosion.

The last game didn’t disappoint. Monday Night Football saw David Moyes’ Sunderland host his old team Everton, but the Toffees didn’t exactly go easy on their former manager. In fact depending on which way you look at it, it was a right Blow Up. Lukaku (17) exploded into life with an 11 minute hat-trick. Boom! What an explosion! Lukaku owners left delighted if a little exasperated after having to wait until the final 45 minutes of action of a big weekend but it was well worth it.

Thats all from me, so I’ll hand you back to Pete for a further look at what happened in the FFUK league.” 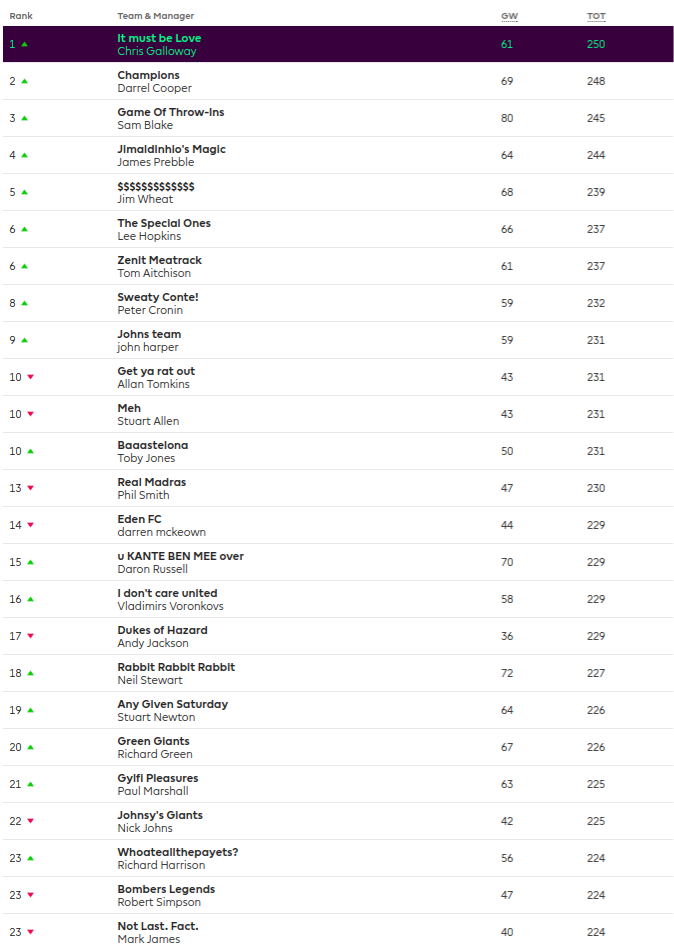 Thanks Chris. So as I was saying earlier, there were a few different approaches to take with our FPL teams, considering Aguero was owned by 50% of players at the end of Gameweek 4, and he’s the most expensive player in the game.

Congratulations to those who reached the Top 10 this week, or reached the Top 20 or Top 50 etc, but for this week we’ll be looking purely at the Aguero strategies. Quick shout outs to the 80+ points players, Sam Blake (3rd) who captained Lukaku for 80 points, Rob Harding (27th) did the same, and Alex Thomas (50th) was the highest score on the board with 84*. You owe me £10 Alex.

Option 1 – Take a hit to use up the extra Aguero cash.

Let’s start from the top, last week’s top. Sorry Bro, I am the first to congratulate you when you do well, it fills me with pride, but not so this week. Am I responsible for your downfall? I have persuaded myself I am not. Steve Cronin (39th) suffered a catastrophic drop this week from 1st place in the league. This was achieved by virtue of Steve’s choice to take a -4 point hit, swapping out Aguero for Defoe, and Redmond for Sanchez, who then didn’t start on Saturday due to his international breaking. I won’t go through Steve’s team, I wouldn’t want him to feel any worse, but he ended up on a total of 23 points for the week (or 19 if you include the hit). I’m here to help Steve, as always.

While Stuart Allen (11th) fell a little short this week with 43 points, Vladimir Voronkovs (16th) took a slight dip in the league although he came up with a very respectable 58 points. Both of these managers took arguably the most maverick approach, simply benching Aguero. Stuart used his transfers to get Benteke and Bolasie in, though a sudden Souare injury meant 4 red flags and not enough points on the board. Vlad however left the armband on big Zlatan, and had Mane, Capoue and Walker (11) to slide in from the back.

This approach was actually taken by no less than 5 of the now Top Ten, including me, Pete Cronin (8th). Jim Wheat (5th), Lee Hopkins (6th), Tom Aitchison (7th) and John Harper (9th)  all wildcarded well, hitting around 60 points on a week when the average was 43 points. Notably 4 of the successful wildcarders brought in Lukaku, with Eden Hazard the only common denominator between all 5 teams. The real task begins next week for these wildcarders as our fresh look teams begin to settle in, still, if you want to see template, comparing these teams would be a good start.

Yes it seems odd, but it clearly worked as Jimmy Prebble (4th) seated himself firmly in the Top 10 despite having not owned Aguero this season. A maverick Mane captaincy, along with Costa, Zlatan, Baines, and a cheeky Bournemouth defender helped him to a 64 point week. Surely this begs the question, is Aguero really essential?

And finally, Option 5 – Make a single, but shrewd transfer.

I really have to pay homage to my number 1 rival, my compatriot, colleague, and sometime lover, Chris Galloway (1st). Chris did everything right this week and was backed up with a big dollop of luck as one Bobby Firmino broke out of last chance saloon with his brace. Chris decided to hold fire on any hits or wildcards and instead banked £4.1m on his straight swap of Aguero to Lukaku, who as we know got a hat trick. Things don’t go much better than that in fantasy football. On top of that, Bolasie and Benteke proved shrewd picks from GW3, both picking up points for Chris this week. Well done Chris, enjoy it while it lasts, and as this geezer says, ‘sometimes, reality is the strangest fantasy of all’.

And that’s it for this week, watch this space for the most important FFUK updates. The league isn’t quite, but is almost starting to take shape. Notably, while 18 points separates Chris in 1st place from me in 8th, only 19 points separates 8th place from Alex Thomas in 50th. That’s a big 42 spaces separated by not many points, and it’s still early days.

Bring on the Friday Football!

*If you beat 84 points then let us know and we’ll enter you onto the Best Gameweek Score leaderboard!