Welcome to the gameweek 17 review, the last one before Xmas. How did it all go for you?

All I want for Christmas is… some consistency from my stars? Is that how the song went? This time of year is now associated with Star Wars. I went to see the movie this time last year, they are also doing a Rogue One follow up which I am sure many of you will have seen already. However we have our very own Star Wars situation here. Play the theme tune now if you haven’t already.

Kane, Costa, Aguero, Zlatan, Sanchez, Hazard, KDB – we can’t have all the stars as much as we try. We have to make a decision which 3 or 4 we can own and we need to ensure that the rest of our squad is balanced. This is not easy. Lets look at what went down in GW17 to see what we can make of it all, it might just help with the decision making process.

First up Chelsea fought out a narrow win against Palace 1-0 with Costa (6) getting the goal. What a beast! Delighting the 60 FFUKers who captained him. However Diego also picked up his 5th booking of the season just when we thought he might make it through to the new year. The most popular player in the game now sits out GW18. I have already made the move to take him out for another star but more on that later.

Then in the 3 o’clock kick offs Boro smashed Swansea 3-0, who are looking more and more like the whipping boys as each gameweek passes. Boro’s star man Negredo (12) got a brace before De Roon (10) sealed the game which delighted yours truly. There were more clean sheets too around. Sunderland earned another against Watford but it was hard fought. PVA (15) got the goal plus clean sheet plus bonus meaning he was the top scoring player for the week. Did anyone have the marauding left back? Even West Ham got a clean sheet winning 1-0 against Hull although the MOTM in this one was awarded to the post after Hull hit it over and over again, i think it is still shaking after Robertson (2) hit it late on. 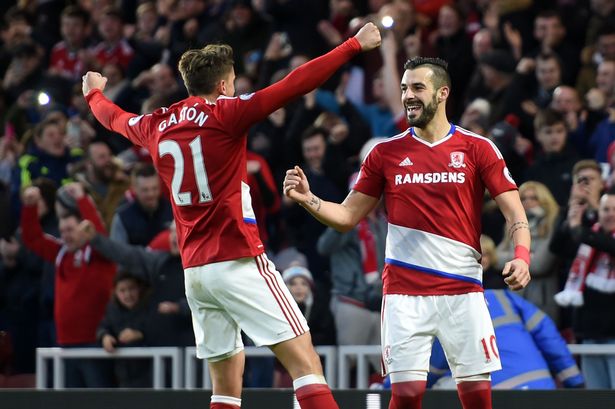 The late kick off saw Man Utd beat an in form WBA 2-0 with both goals coming from their superstar Zlatan (12) who reminded us all, as if we needed it, of his prowess. I must admit that I have made the move to bring in the big swede already. Only 8 FFUKers gave him the armband this time round – well done to all of you. I always had an eye on these fixtures but to be honest did not think it would be Costa that I got shot of. Is it now also time to look at Utd defenders? Phil Jones anyone?

Super Sunday had a lot to live up to. First up Southampton downed Bournemouth 3-1 with JRod (15) getting a brace and max bonus meaning he was equal level best scorer for the week but not a popular pick in light of his injury record and risk of rotation. One to watch in the future though especially as he is down as a midfielder.

Then the big ones for many of us. City entertained Arsenal and Spurs hosted Burnley. 66 FFUKers gave the armband to Kane (2) who disappointed once again. I was one of these. Typical Spurs. I would love to have transferred out Kane but Costa’s ban has meant I have gone the other way. Kane has 1 more chance! Spurs managed a 2-1 win via their full backs Rose (11) and Walker (6). Toby (0) didnt play at all after a back spasm so in came De Roon (10) for me. Happy Christmas!

In the other game I have to talk about the Arsenal manager. Wenger must have been delighted once Sanchez (5) and Walcott (7) combined for the opening goal early on and looked like they would dominate the game from there. City looked shaky and there for the taking. Arsenal didn’t capitalise and let City back in – not in itself the biggest crime. However Sanchez was clearly carrying an injury in the 2nd half and Ozil (2) was carrying something that must have been incredibly heavy on his back. Arsenal were 2-1 down, I tell you what this game needed, another defensive midfielder, Elneny (1) on to save the day and leave on the injured Sanchez and the ineffective Ozil. Classic Arsenal. Classic Wenger.

The Merseyside derby was a bit of a non-event on Monday night, very low on quality. Mane (10) got the winner late on to the delight of his owners. Bah Humbug for those that owned Lallana (2), Firmino (2) et al.

Lets take a look at the FFUK LEAGUE TOP 50 below… 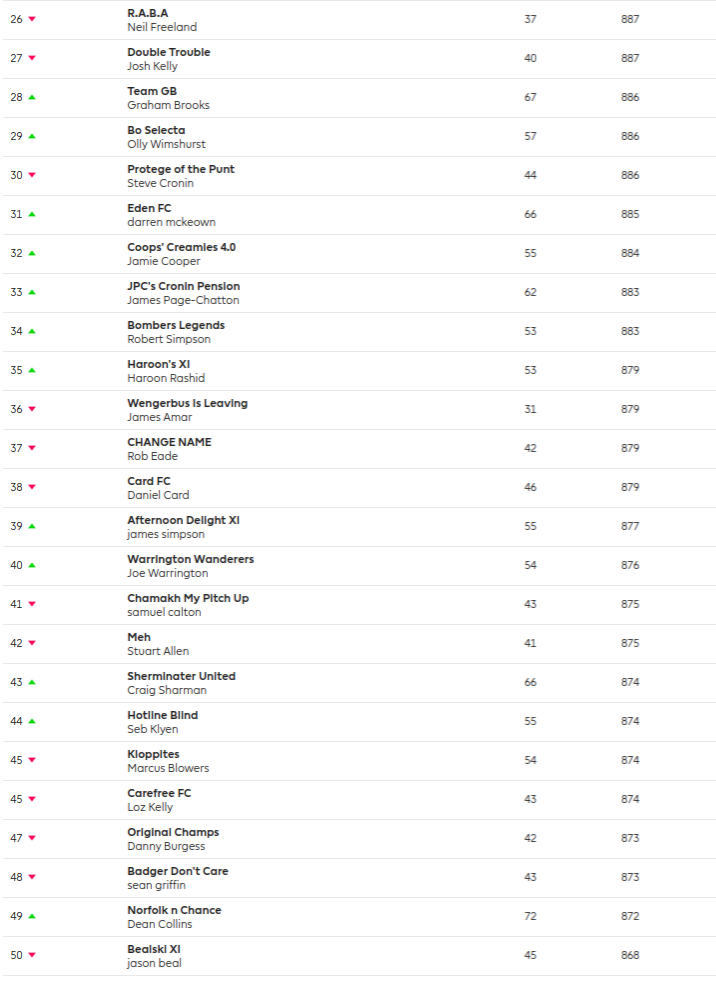 Stuart Newton (1st) retains top spot. Sean Colohan (2nd) is closing in though. Whilst Nick Johns (3rd) drops after his score of 39 points. It’s tough at the top.

Mark Ford (5th) was the best scorer in top 10 with 69 points. Mark gave the captaincy to Kane (4) but had several good performers on hand to save the day including Azpi (12), Mane (10), Forshaw (8) and Negredo (12). Great score Fordy and sets you up nicely going into Christmas. 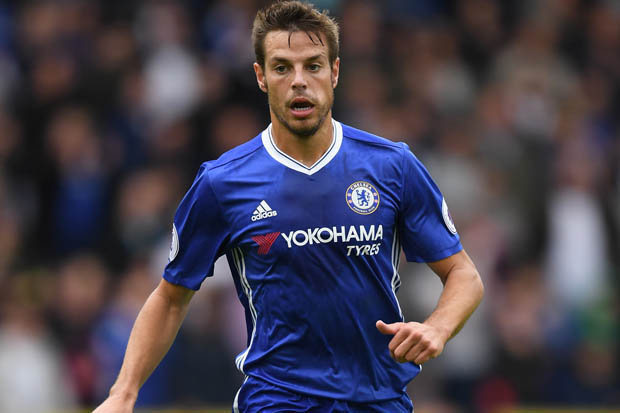 However the lowest score in the top 10 went to John Harper (6th) with just a paltry 33 points. Captain Kane was a disaster and the only resistance at all was shown by Alonso (6), Costa (6) and DDG (6) and he couldn’t even manage a full eleven as Toby (0) missed out completely. Never-mind John I know how it feels and at least you are still up there where you need to be. Lets hope this was just a Rogue One.

However top score this week went to Dean Collins (49th) who sneaks into the top 50 with his score of 72. Dean captained Costa (12) with Mane (10), Alli (8), and a full house of clean sheets at the back. Great scoring!

We welcomed a few familiar names to the top 50 just a couple of weeks ago but they seem to have disappeared just in time for Xmas. Come on boys sort it out, the top 50 is where its at. You all spend enough time over this game to get up there. Make it a new years resolution if you must. Another man I expect to see very soon is the Phoenix, Scott Volker (66th) who will be there soon enough of he continues with scores like the 81 he got week.

So that is all for this week. Are you ready for what we are about to receive? GW18 gets underway on Boxing day then it goes mental with games on 26th, 27th, 28th, 30th, 31st December then 1st, 2nd, 3rd, 4th January. That is one hell of a lot of football. Three gameweeks in ten days to be precise! It must be Christmas. May the force be with you.