It’s the moment you have all been waiting for! Yes! Finally, the Cups can begin!

October was a turbulent month for many of us. When once it seemed that we were spoilt for choice, rotation seemed to kick in heavily to leave us wounded, even obliterated. The team selection rollercoaster has been in full swing, and with short term injuries to Aguero, Kane, Morata, Phil Jones, and Ben Davies to name a few, we are left relying on points from unexpected players.

For me I’ve been able to rely on points from my Burnley keeper and defender combo (Pope and Ward), who frankly saved my GW this week, and reserved my place in the FFUK Cup. For Joel Shine, 108th in the FFUK league, and the highest-scoring FFUKer for October, even Steven Davis stepped up with 10 points this week. Sean Colohan (3rd) finished 2nd in the FFUK league last season, and is already staking a claim this season. Coolers finished second for October, with some maverick picks, not least this week’s Hazard captain. Chris Galloway (17th) would have us believe that this month’s been all about Sane. Insane? Certainly not, with the German whizzkid scoring 34 points across the three October gameweeks. Very Sane.

Elsewhere it is notable that last season’s Challenge Cup winner Jamie Cooper (64th) finished sixth for October, and will definitely be one to watch. Finally, a welcome to all new players who made it into the Top 64. The live draw for the First Round will be carried out in the next couple of weeks, and we hope you enjoy December. A special well done to new player Sarah McEwan (112nd) representing Jamaican Spurs fans in an FFUK style. Sarah was 64th for October and claims the last spot in the FFUK Cup draw. Best of luck. 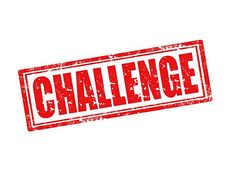 A whopping 128 FFUKers get entered into the Challenge Cup which should prove a tough test. Fixtures are seeded, meaning the best, Guv Singh Kahlon (32nd) plays the worst of the 128, Alex Kassner (200th), and the next best, David Horton (141st) plays the next worst, Rob Harding (187th). This means that the lower seeded players get the same chance, but will need to step up their games.

Lastly, we must mention those who were unlucky to miss out on Cup action this season. FFUK Contributors Duncan Hannigan (212th) and Stu Allen (137th) are having a torrid time, while Walker brothers Jake (131st) and Max (152nd) can’t seem to get a break. Commiserations.

And that’s it, I’m very happy to say the cups are back.

The FFUK Cup page has been updated with the names of the Top 64 who will be entered into the draw for the First Round, which will be carried out during the international break.

The Challenge Cup page has been fully updated with all the fixtures for the 1st Round, which will begin this very gameweek!

Any questions feel free to ask us.

Best of luck to one and all,