Chris is away at the Nuremberg Bratwurst Convention in Germany and Pete’s unusually shaped genitalia has caused quite an impression and got him extra naked life posing sessions at a gallery in Soho, London; which means I have been left at the helm (gulp)!

I HATE YOU SO MUCH RIGHT NOW

The colossal news of the gameweek came on Friday with the announcement that Harry Kane was out of the Man Utd game – argh, on so many levels!! 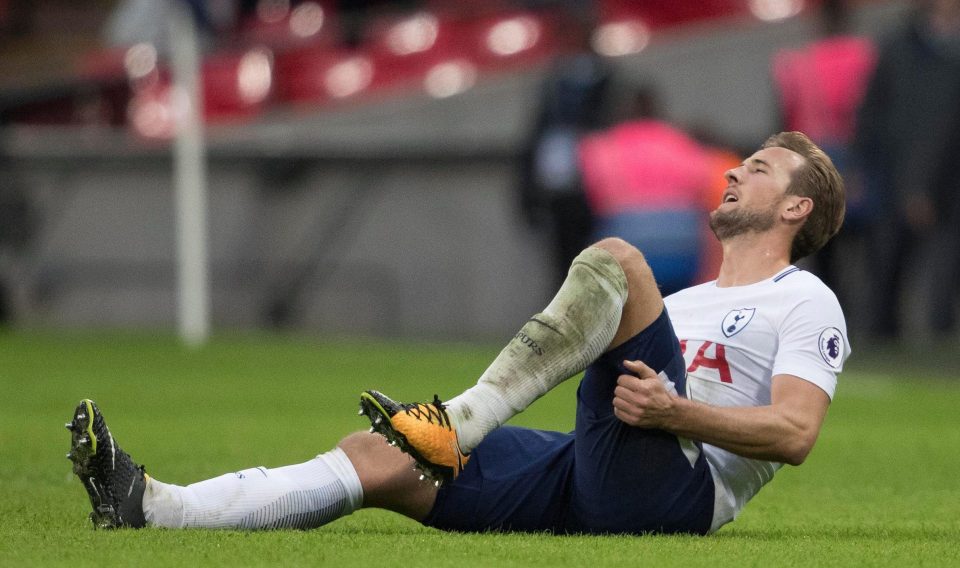 This necessitated an intrinsic physiological response to a threatening situation – fight or flight!

Give him some Vicks Vapour Rub, hot water bottle and sympathy and sit him on the bench or transfer him out for someone who will score big points based on the ‘easy fixture’ assumption?

I ‘fought’ and shipped him out for Aguero like over half a million others – epic fail. Aguero warmed the bench all of Saturday afternoon, thanks Pep; did I mention – I HATE YOU SO MUCH RIGHT NOW!! 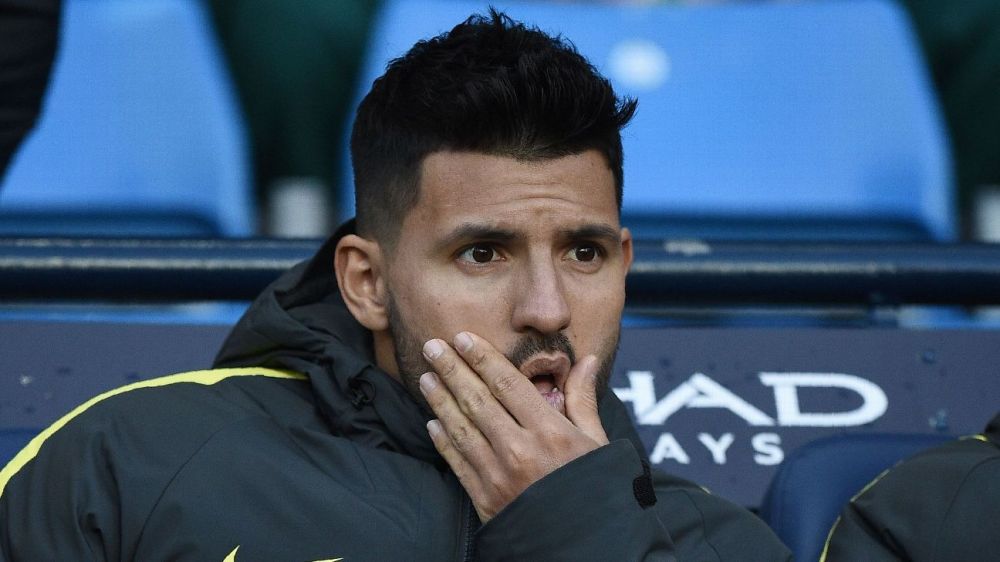 Some say Pep has a big novelty sponge dice with his attacking players names on each side, which he rolls each ffuking week to see who plays, others say he’s wants Aguero to break the all-time Man City goal scoring record at home in front of his own fans, I’ve even read he see’s dead people!

Whatever your theory, he’s a Fantasy Football Manager’s nightmare!! 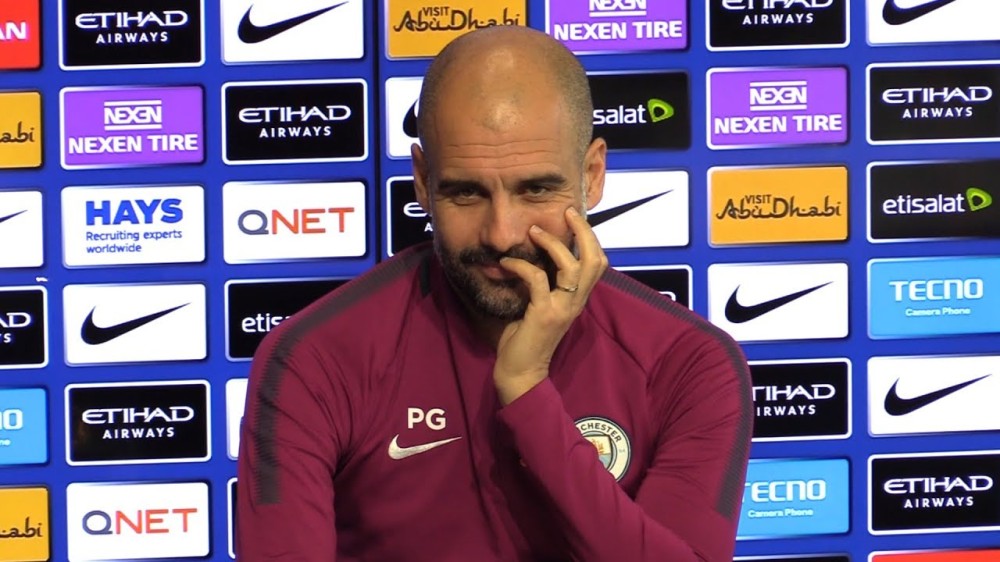 Other ‘fighters’ such as Duncan Hannigan (212th) and Mark Ford (150th) migrated to Lacazette (2), to relatively grim consequences!

Brave / Cowardly ‘flighters’ did nothing like Dean Collins (33rd), Pete Cronin (47th) and Lesley Deeble (28th) left Kane on the bench, whilst some people – Daron Russell (26th), Ian Galloway (62nd) and Tim McEwan (58th) didn’t have him at all and probably spent Friday night laughing at us all – clever / lucky FFUKers!!

I think an article on the enigma that is Harry Kane is required. Pete did an excellent one on Aguero – something similar perhaps – what say you ‘writers’ out there??

Like two children with ADHD our attention always seems to gravitate towards Kane and Aguero – I say bring back Mario Balotelli and a bag of fireworks!!

Now, onto the matches…

Super Saturday saw all of the top six play.

The lunchtime game largely saw Man Utd and Spurs cancel each other out with a late winner for Man Utd – another clean sheet and points ahoy for their defenders and goalie. There is an even stronger case for Phil Jones (9) right now who snaffled up maximum bonus points once again.

Despite their denials, Spurs did miss Harry Kane – I think we all did! Why buy Llorente (1) and not start him?!

The 3pm-ers saw Arsenal stumble past Swansea; nothing came from the heavily backed and fancied Lacazette (2) or Sanchez (2), the London groans reached me in the Cotswolds!

Their main man was Kolasinac (14) who was the week’s top scoring player! He bagged himself a goal, assist and maximum Bonus Points. Let the Gunners get their next two tricky fixtures out of the way and he’s definitely worth considering! I bet The Monreal (2) Crew make that switch when they realise they backed the wrong horse!!

Liverpool, sans le Countinho eased past Huddersfield 3-0. Milner (12) – remember him? One of last season’s surprise packages topped the scoring to make the GW 10 Dream Team with a clean sheet, assist and ‘phat’ Bonus Points (3). If only he’d have taken the penalty instead of Salah (4) the big misser!!

Man City carried on their prolific scoring, but on this occasion only managed the three goals against West Brom! Leroy Sane (12) continued his goal and assist contribution, which he has achieved in each of his last 3 games! He’s now the games top points scorer with 71 points; if you want him in, don’t hang around as his price is rising, and fast!!

Sterling (7) also chipped in with a goal, if only he had been given more than 29 minutes!! Can you tell I’m a bitter owner?!

City’s main man though was Fernandinho (13), at 5.1 million he’s looking a bargain! How to squeeze him in your team though, past all the other Man City prized assets??!!

Watford and Stoke, literally ‘scrapped’ it out to a nondescript 0-1’er! I brought in and captained Richarlison (1); I felt a complete fool until I discovered my ‘compadre’ Pete ‘Pdiddy’ Cronin did the same! I hereby declare I will never captain him again!!

The late KO saw Chelsea struggle past a resilient Bournemouth – Hazard (11) and Morata (5) got the attacking points.

Sunday saw Leicester start their ‘recovery’ with a 2-0 win against Everton. Vardy (8) finally scored after a three game drought and Mahrez (6) assisted, as he looks to be getting back to the player we know and hope he can be!

Monday night football saw most people praying for a nil-nil’er between Burnley and Newcastle; our wish came half true with a clean sheet for Burnley defenders and goalie! It helped make peoples scores look a little more respectable!! 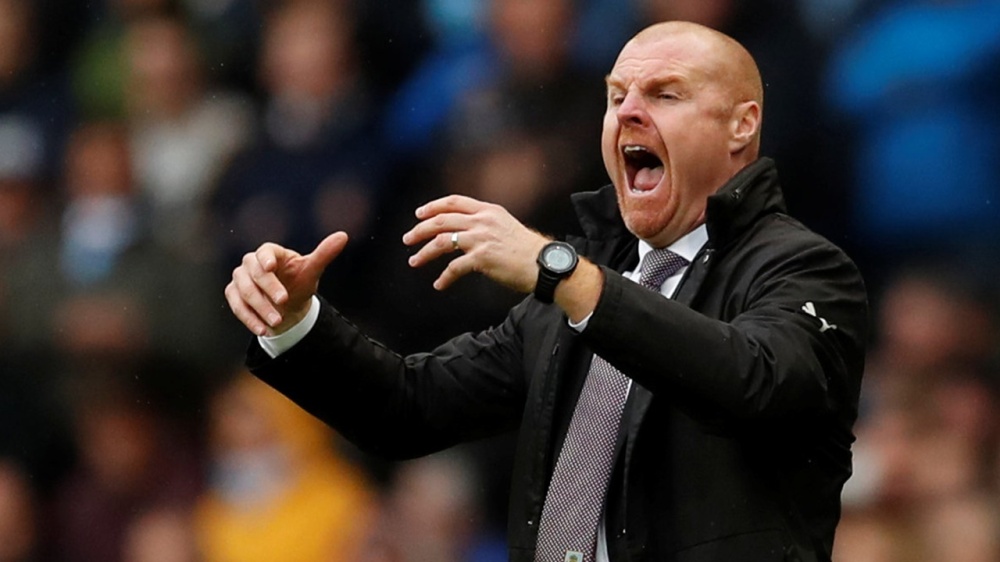 In the FFUK league this GW finished with most people feeling a little (or very, in my case) deflated! None of the ‘big’ players provided the returns we expected, which left our scores in general depressingly low!

Some ‘peeps’ should be pretty happy with their score though such as this week’s top points scorer Robert Simpson (172nd) who had the infinite wisdom to captain Hazard (2 x 11) to achieve 79 points! Scores like that will get you off page four Rob!

Top scorer in the Top 50 was Grant Lawrie (16th) who bagged 72 points despite taking a -8 point hit; this must give those regular hit-takers some crumb of comfort and some level of hope!!

Also, a mention for Joel Shine (108th) for having both a great name and the third highest weekly score of 70 points. A Sane (2 x 12) Vice Captain, who procured the armband from the benched Captain Aguero (0) paid dividends. The sun was clearly shining (ahem) on you this weekend Joel!!

We have a new leader – Jamie Stewart (1st) who played his Free Hit Chip! JDS brought in all the players most people would have based on the ‘easy game’ tactic and got a return of 59, which is up on the average FPL game week score of 46 points. I’m sure Jamie’s happy with his Number 1 Spot, but I can’t help but think that Free Hit Chip has a ‘higher purpose’.

Joining Jamie to form a new top three was Phil Smith (2nd). The top two have now both broken into the 600’s score bracket – double thumbs up to you guys for showing us the way forward!

A quick mention to current bronze medalist Sean Colohan (3rd) AKA Coolers who is proving his last seasons runners-up finish wasn’t a fluke!

A final ‘shout-out’ to our esteemed leader Chris ‘Cmax’ Galloway (17th) who powered up the league with a solid 62 points!

I’m not going to mention the lowest scorers as it’s bad karma, you probably feel bad enough right now, so no salt will be rubbed into your wounds!

The biggest CONT this week and by that I mean the lowest scorer and thus evictee from The Conts Mini-League is Scott ‘The Phoenix’ Volker (138th in FFUK) who crashed out with a lowly 24 points. Jake Walker (131st) probably had brown pants at points over the weekend too; his paltry 33 points put his head near the chopping block; dust yourself off Jake as the slate is wiped clean for next week!

My eight-year-old, Theo Allen (204th) has his eye on the Conts prize! Not the highest in terms of points, he’s simply trying to be the least shit each week, so far so good son in the battle of attrition!!

In other news CUP QUALIFICATION (from October’s scores) has now ended, keep your eyes peeled for Pete’s CUPDATE including the DRAW for the 1st round of the Challenge Cup coming very soon!

That’s it from me; thanks Chris / Pete for letting me be this weeks Guest Game Week Reviewer – I hope you’ve enjoyed it, I needed something else to focus on after my shittest start to any FPL season ever – it’s like Everton and I are somehow linked!! I’ve reverted back to my usual name – Meh, I do a lot better when I don’t really care!!