Welcome to the GW31 REVIEW – PHENOMENON

This week it is all about one man. It could be argued that for most of this season it has only been about one man (despite my reluctance to select him as captain until now). As a Chelsea fan it isn’t easy to stomach and until recently I convinced myself that KDB was the one that got away (not much of a consolation). But the Egyptian’s relentless performances climaxed on Saturday with 4 goals, 1 assist and max bonus to give a record breaking total of 29 points . All this means that I have had to admit defeat with that argument. KDB is the best player in the best team in the league. But this season Mo Salah has been the best player in the league, and from a fantasy perspective there is no argument.

Below are just a few reasons why it has been such a special season for the Egyptian:

What makes all this the more remarkable is the fact that he still has 7 games to go!

Let us put all this into some FPL perspective.

Salah’s FPL price began at a reasonable £9.0m at the start of the season. It currently stands at £10.7m after 62.1% of FPL managers signed him for their teams.

Below are the Top #FPL point-scorers in past 4 seasons:

Did I mention that the Liverpool midfielder still has 7 Gameweeks to go?

I think we can all agree that he is something of a PHENOMENON this season. Thanks to LL COOL J for his song of the same name from 1999. 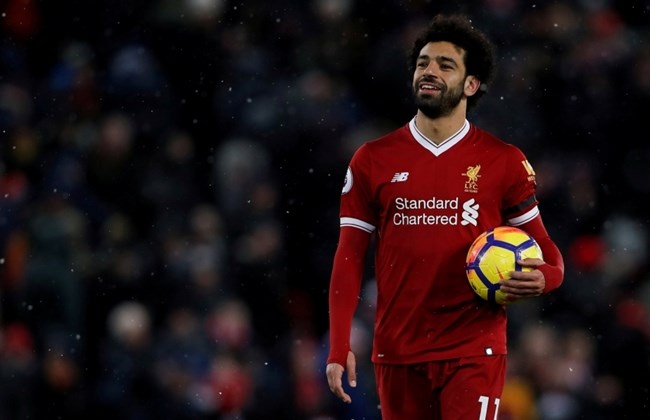 It was a strange gameweek in many ways, we as managers were braced for disappointment. We only had 4 games to focus on, consequently many of us were struggling to get a full XI out and waited for team news with a sense of trepidation.

For others there was the freedom of playing their free hit chip (something that 46 FFUKers were happy to do). It was looking like another low scoring week, the 3pms were nothing if unspectacular and most of us were looking at some very uninspiring totals. Enter the Salah for his record breaking performance and everything changed. FFUKers smashing through the 100 point barrier with reckless abandon.

However this was not the week to take a chance on captaincy, something that 132 FFUKers agreed on as you can see by image below. We will come back to this decision as it was make or break for many…

As you can see one FFUKer went one step further and handed over his triple captaincy chip. That man was my Uncle, Duncan Galloway (130th), and it turned out to be an inspired decision. One that literally doesn’t get any better than that in a single gameweek (ever)! I was with him this weekend up in snowy Scotland and I would love to take some credit but this decision was all his own doing. I know we all would be more than happy with 29 points x 3 for our triple captaincy chip in a double gameweek let alone a single one. That meant a weekly score of 118 (87 of which were from Salah!) and a big rise up the table – what a Hero! Not bad considering he only fielded 9. Well played Duncan – phenomenal use of the TC chip.

However Duncan wasn’t the top scorer this week. That honour goes to a certain Alex Kassner (110th) who top scored with a mammoth 120 points via the use of his free hit chip. Of course his captain was the fantastic Salah (29 x 2) but he also saw points from Tosun (13), Bobby (7), Choupo-Moting (6), Townsend (6), Walcott (5), PVA (7) and Robertson (11). Hint: This may well be the highest GW score of the season so far – if it is claimed 😉 Well played Alex!

The overall average this week was just 46 and the FFUK average was 71. If we take the FFUK average as a more realistic barometer then Alex’s free hit chip use was worth almost 50 points on top. Most of us would be happy with 20 points from any one chip so this really goes to show just how impressive Mr Kassner’s decision was. Bravo!

With that let us see how all this affected the FFUK league:

It’s getting tight at the top. No change in the top 4 positions once more but Dan McBrearty (2nd), John Harper (3rd) and Phil Smith (4th) all closed the gap on our leader Jamie Stewart (1st) to just 11 points, after he could ‘only’ manage 82 points, not good enough at that end of the table. That sound you can hear is Jamie’s bottom squeaking. It’s too tight up there right now (the top of the table, not Jamie’s posterior!)

Elsewhere in the top 10 watch out for Sean Colohan (6th) who went big with 114 points with the use of his free hit. Coolers now doesn’t have to look at his team and wonder how to get rid of all his Huddersfield Town/Bournemouth/Everton players. Watch out for Coolers in the run in, he is nicely placed and could easily be a dark horse in the prizes shake-up.

Sam Breen (8th) was another in the top 10 to use his free hit chip to great effect scoring 110 points. In fact 5 of the top 10 used it this week in order to hold onto their places and in some cases make that tricky charge towards the top.

Just for a bit of balance the lowest score in the top 50 went to Jonathan Gledhill (40th) with 64. His choice of captain Bobby (7) over Salah (29) somewhat pivotal!

This weeks FFUK phenomenons are:

This week’s FFUK duds – is that the opposite of Phenomenon? I think we can safely say none of these captained Salah, actually looking at their scores they didn’t even own him – ouch!

It was down to 8 and just to demonstrate just how brutal this mini-league is the FFUKer who goes this week is in fact the man at the top of the main league. Time was up for Jamie Stewart (1st) and his 82 points was insufficient. However it is worth noting that a couple of conts have gone to the dark side, whether that is a temporary measure or not we will see in the coming weeks. In particular one Daron Russell (41st) went a full -20 to prepare himself for this blank and the fixtures that follow, keep an eye to see if he goes big on the hits once again soon. Pete has done the honours and you can see the final 7 left below. The pressure increases once again next week, who will be next to go?

Thanks for reading as always but we haven’t finished yet. Keep an eye out for a special post by a new poster over the international break. Moreover have you heard the BIG NEWS about the FFUK END OF SEASON DO? If not check out the new post on the site, Pete and I would both love to see you there on the night? Have you got a FFUK buddy you could travel down with perhaps? If not Pete is happy to team you up with someone 😉

Let us know soon if you can join us so we can confirm the booking!