So…here we are, it’s that time of year again, when any players within spitting distance of the Top 10 pray for an FPL miracle, whilst those in the top 10 just don’t want to ffuk up!
All these managers stand together like they are in an episode of the classic kids TV show, Knightmare. Blind to the way ahead, with only a few people for support, and a handful of chips in their knapsack, to help them navigate the way ahead. Two double game weeks, another set of blanks and the carnage that is GW38 (No more fire alarms this year, please!!) Where’s that bearded dungeon master when we need him?
“Who are you to pass judgement on the magical world of FPL” I hear you say!? “You’re just some cocky line dancing gobshite who knows ffuk all about football”. I don’t doubt all of that to be true. But this time last year, I was that person. A mere FPL novice, sat in 15th position, devoid of any hope. But thanks to careful chip planning and a whole lot of luck, I managed to end the season in 4th! Now if that doesn’t give you the faith you need to make it through this FFUKing Knightmare, I don’t know what will!
So, let’s all take a big step forward and see how the top 20 FFUKers are doing. See what chips are left and which numpties have spunked their load prematurely:

Let’s be clear, this man knows his FPL shit! He once finished 127th in the world! In 10 seasons of playing, he’s finished in the top 5k four times and is easily on course to do that again this year too (currently 1,431). He has a strong squad value, level headed with transfers and is still sitting on his WC, BB and TC. I mean, what can possibly go wrong!? I’m going to suggest that Jamie has everything to lose how. How can you not feel like that when everyone beneath you wants to see you fail each week? Good luck with that!

I like Dan, he is my kind of player! Still early in his FPL career (5th season) and like a few other managers, he’s clearly punching above his weight! He never finishes this high in FPL. He’ll fall away soon surely!? Well Dan is my tip for the FFUK title. In the last three weeks he’s chipped away at Jamie’s lead and is now only 11 points behind! Worse than that, Dan still has all available chips (one more than Jamie)! Did anyone else hear Jamie just shit himself!?

Sitting in 3rd place is another massive puncher! John, now in his 4th season, must have a constant nose bleed! This boy is top 5k in the world (that’s 5.8m players)! Prior to this his highest finish was 57k! Unlike most new managers though, John doesn’t appear to to make rage transfers, he’s a steady Eddie. On this chip front, John still has his WC, BB and TC in his knapsack and is looking strong for the weeks to come. 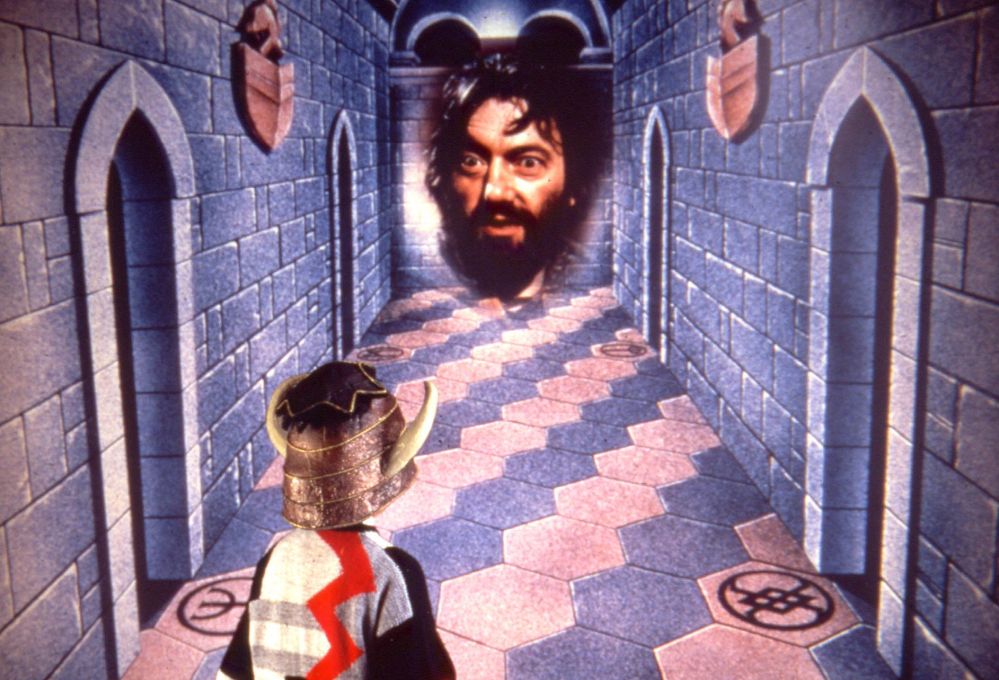 Phil is another manager having his best ever season. 9 seasons in and he’s finally knocking on the door of the top 5k. Better than that, Phil has the second highest squad value of our top 20 managers (105.9) and as any experienced manager will tell you, that can make all the difference when it comes to wildcarding. The only problem is, Phil’s used both of his, so he really needs to play his remaining chips carefully if he is to hold on to a top 10 slot.

Mark really is slow and steady player. Everything about his stats suggest that. I mean who only makes 29 transfers in 31 GW’s!? What’s wrong with you man, don’t you get drunk the night before the deadline? He clearly doesn’t get flustered and doesn’t get rage. Aside from a few blips, he’s always been a top 20k finisher. Even with only two chips remaining, I’m confident he’ll take home some prize money!

Next up it’s ‘Coolers’. This man is an entity I’ve never quite figured out. Apparently quite a whizz on the football field, but in my head he’s the offspring of Worzel Gummidge, knocking it past the over 40’s, for Kings Arms FC! His FPL career seems to follow a similar path. Top 4k last season, yet 1.9m the season before! With only a BB to his name, god only knows how his season will pan out!! 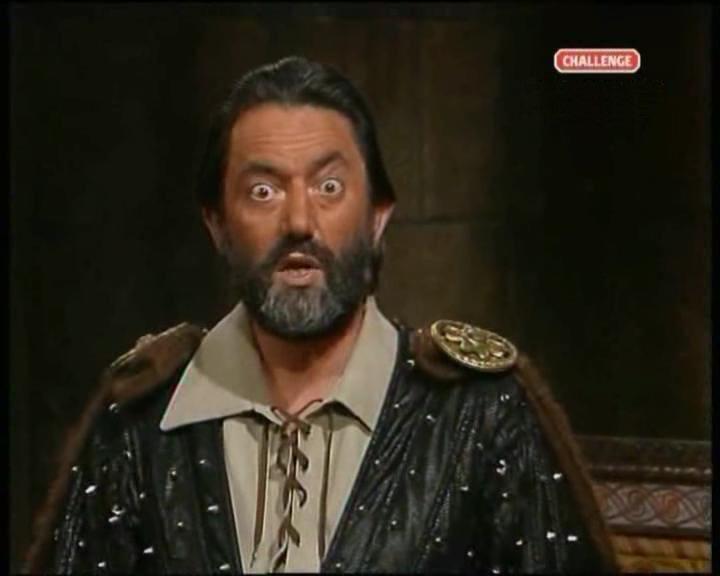 James Amar sits in 7th. An FPL veteran, currently in his 12th season. This man probably remembers the ‘man in the stand’ he’s been around that long! Well finally, after all those years, James has finally found his grove. 7th in FFUK and top 11k in the world. Having used his FH in GW31 and still holding his WC, BB and TC, James is in a strong position to cement his top 10 finish this season.

Sam Breen was clearly brought up correctly! Casting aside all those glory hunting teams in blue and red, to find his own golden Mecca in a little town in Hertfordshire! I like Sam! As for FPL, in the last 10 years Sam has finished in the top 50k five times! He clearly knows his stuff. Much like James, Sam used his FH in GW31 and still holds a WC, BB and TC to tackle the run in. Unless something goes seriously wrong, Sam should hold on to a top 10 finish in FFUK.

Paul Browne aka tour virgin! Unless I’m mistaken, our 9th best manager is an FPL virgin! The sure fire way to spot a virgin, apart from the obvious, is the use of chips. Paul has only his bench boost remaining, which will make the rest of the season tough going. That aside he should be extremely pleased with his first season. Most of us did a lot worse!

If ever there was a person that knew less about football than me it’s Matthew Cox. So when it comes to FPL, something doesn’t quite add up. I wouldn’t be surprised he’d paid a fantasy football scout to run his team. He is the prime example of a template team. Low number of transfers and all his chips left. As annoying as it is, Matt is in the perfect position to make a final attack on the top 10 and take home the loot! 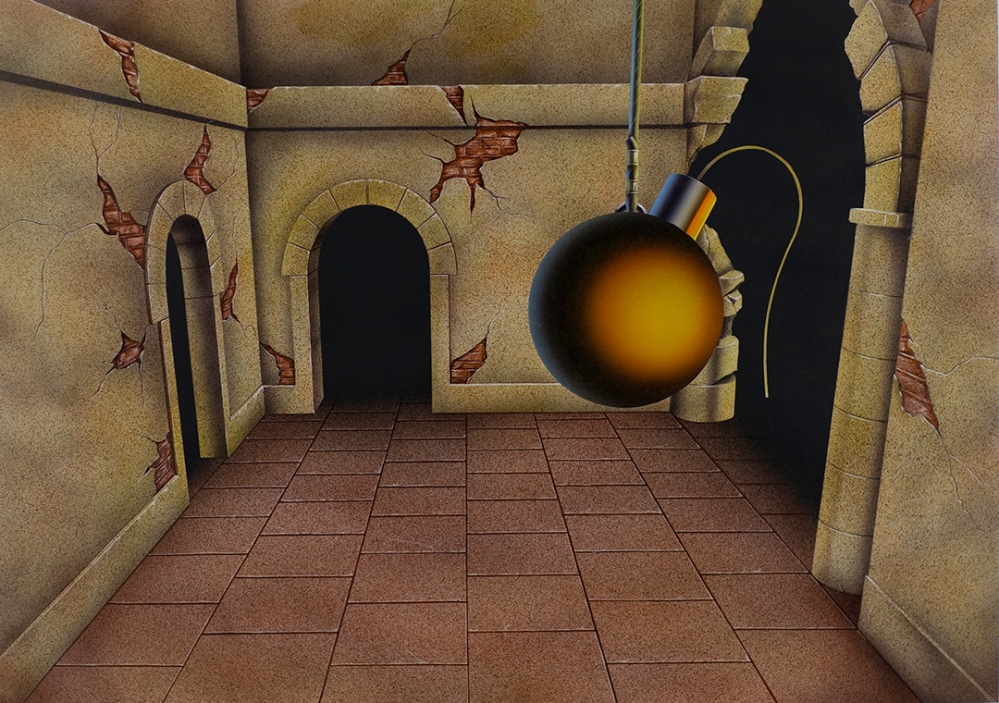 Not only is Blakey our current H2H leader, but he’s also sat just outside the top 10 with three of his four chips left. I’ll bet he’s kicking himself for that 8.30pm FH he played on NYE. Alcohol related maybe!? Drinking problems aside, he is in a good position to win money on multiple fronts. One to watch.

Me…my FPL game plan is much like my life. I research, research some more and eventually make stupid decisions. I try to play with my head but often rage takes over. Its only my 3rd season and always follow the template, as well as captaining a midfielder where possible. I’m in 13th, have all remaining chips and sitting on an active WC. If I win some money, I’ll be happy!

In 14th, we have our token Australian. Much like the rest of his nation, this guy clearly loves ball sports, but maybe now isn’t the best time to mention it. Andrew currently sits in 14th place, only 29 points off 10th place. But…he’s already used his BB and FH, so the run in could be tough. Still…I’m sure he’ll find a way of tampering himself into the prizes positions! 😉

Paul “mr nice guy” Baker is our next entry. One of our most experienced players and a FFUK winner only two years ago! Now in his 12th FPL season, Paul is very well placed for the run in. He still has all four chips remaining, is never afraid to take a hit and I fully expect him to play the template to perfection. If he doesn’t end up in the top 10, I’d be surprised! 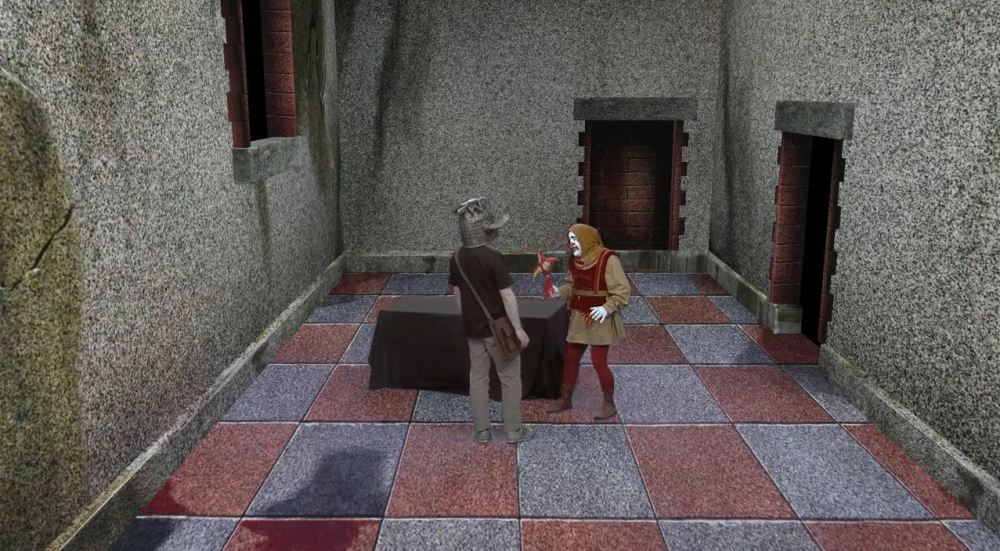 I often think nothing makes you feel as old or depressed than the realisation that your 26(?) year old nephew is nearly beating you at FPL. What’s worse is that he wasn’t even born when Knightmare was around!! Still…family is family. As for his FPL career, he’s another puncher. Normally knocking around the 200-300k mark, this season Josh is sitting pretty in the top 50k. With still a BB and TC to his name (for GW34 and 37 one assumes). Play them well and he might get lucky, but realistically it’s a close but no cigar season for him!

What can I say about my best man and fellow Watford fan. He knows his football, he remembers who scored for knows what goal, god knows when, but when it comes to FPL, he’s just a tad lazy. Can’t be arsed. It’s just his way. Currently sat in 17th, all chips available and only 33 points off the prizes, he is currently in a good position to make a charge for the top 10…as long as he focuses!

Then there’s Tom. Tom clearly loves FPL. I mean, he’s in his 10th season playing it. But I’m going to suggest that Tom really can’t be arsed to conform and isn’t that bothered about prizes. He plays for the love of it. He’s not fussed by tactics, templates, or Ben Crellin’s spreadsheets! We all wish we were Tom, we’re just not brave enough. Tom Shepherd, we salute you!

Now in to his 7th season and the only Brighton fan in the top 20. Aside from his -12 in GW22 (care to explain?), Marc is another steady FPL player, with both BB and TC left to play. In the last eight GW’s Marc has seen mainly green arrows so could be one to watch for the run in.

And finally, there’s Tim. My nemesis. The cocky little toffee muncher that he is. He clearly knows FPL. 7 years of mainly top 100k finishes is good. The low transfer rate and highest squad value in the top 20 deserves applause! But i think it might be too little too late for our Timothy. With only two chips to his name and a small mountain to climb, I exact, much like his football team, him to fizzle out in to mid table obscurity by the end of the season! 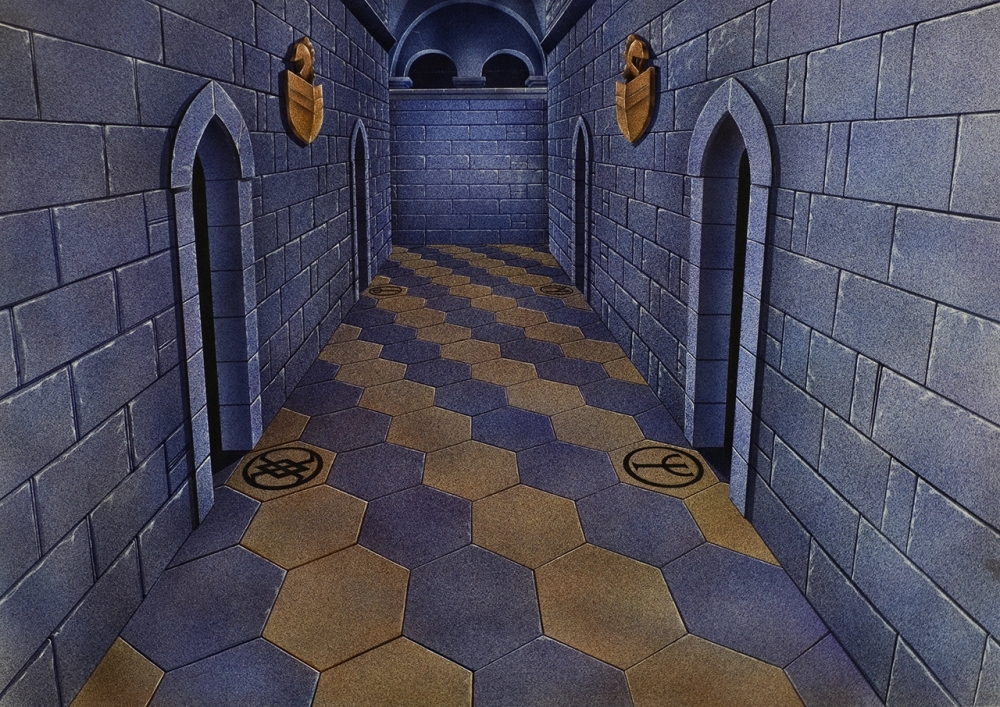 There we have it. That’s our top 20. These are the guys most likely to be fighting out the top 10 league prize money! Of course, there are still plenty of other prizes to be won, no matter where you are. So check out the prizes page!

Kick back, relax and just keep telling yourself… It’s only a game… isn’t it? 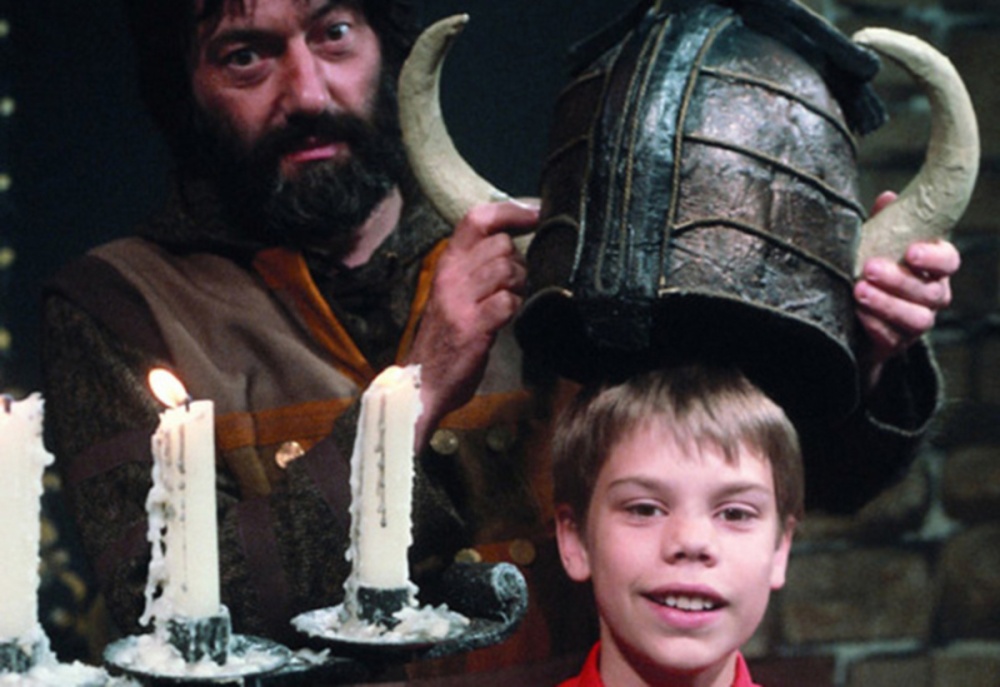 One thought on “KNIGHTMARE! THE TOP 20 CHIPS”

View all posts by lesterdeeble