Gameweek 22 was a painful one for me. It didn’t go well. Not as badly as last week but badly. But I’m not going to dwell on that… Well actually I am dwelling on it but that’s for another article, I will respond to Pete’s Phil Collins letter in due course. But before then let’s dissect the most recent action and see how it all affected the FFUK league.

There were points aplenty for the lucky ones. Aguero was back with a bang as City smashed Palace. Spurs thumped Sunderland 4-1 with Kane back amongst the points. Chelsea and Everton played out an entertaining 3-3, whilst Bournemouth and Southampton both dispatched their opponents, Norwich & West Brom, by 3 goals to nil. Charlie Daniels of Bournemouth was the top scoring player of the gameweek with a goal, assist, clean sheet and maximum bonus. What a bargain! There were a few lucky enough to have him, were you one of the fortunate ones?

Leicester should have beaten Villa but a Mahrez missed penalty put paid to that. The game ended 1-1. Anyone not want to slap Mahrez in the face? Stoke-alona and Arsenal played out a bore draw. Man Utd beat Liverpool 1-0 in a game low on quality before Swansea beat Watford by the same score line on Monday Night Football. A quick look at the team of the week below shows a few more popular names and we can therefore expect healthier scores. For the lucky ones anyway. 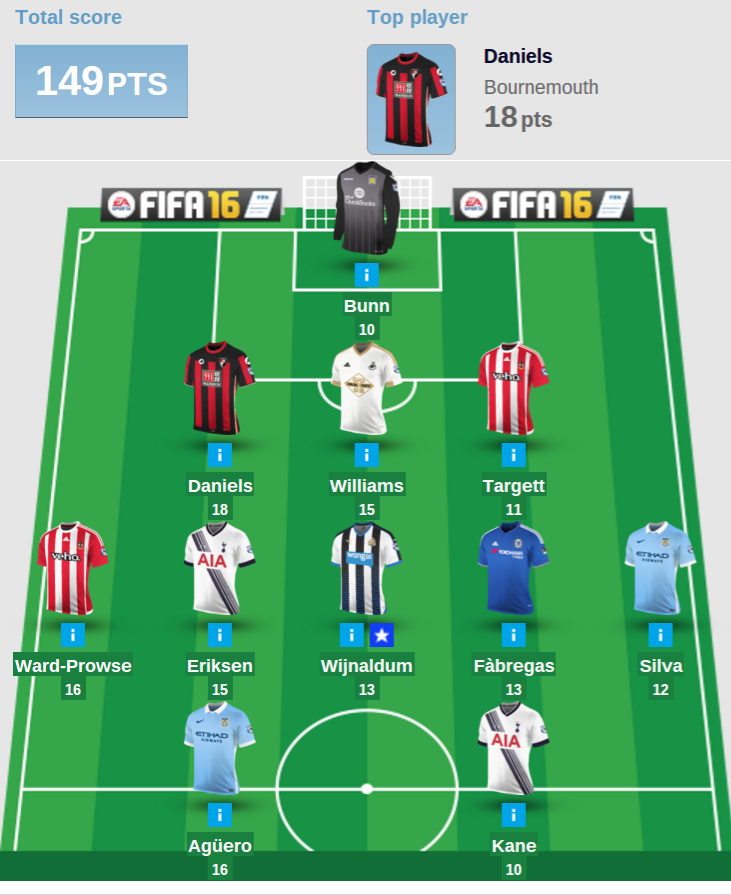 Are you ready to see how all this affected the FFUK league? 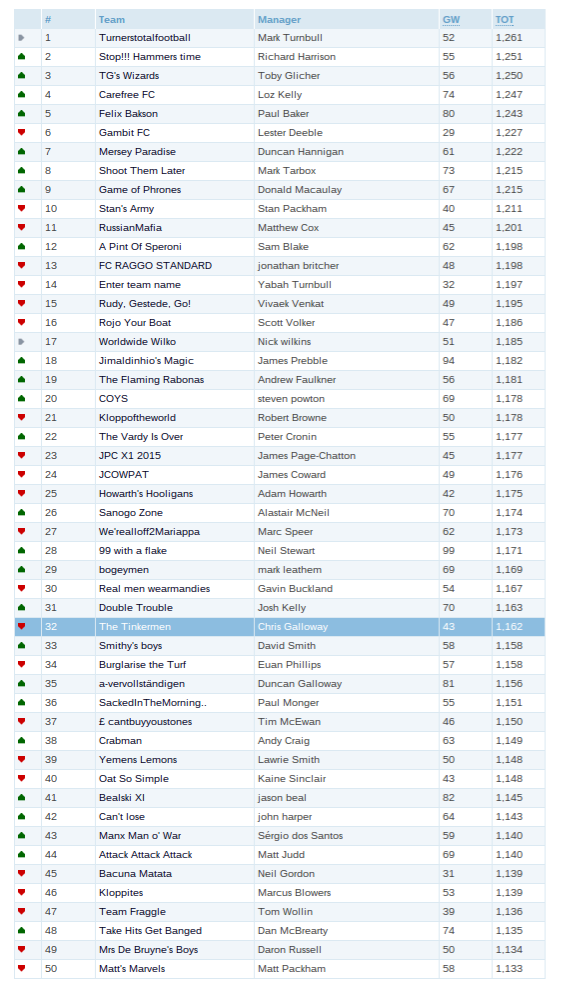 No change at the top but Mark Turnbull (1st) is hardly pulling away with his 52 points this week. His KDB (c) could have been worse but Kane & Cech were his best peformers. Another week like this and top spot could be lost.

Paul Baker (5th) is the biggest scorer in the Top 10. Aguero (c) and his defensive double of Williams & Daniels were responsible for 65 of his 80 points. Off the back of a bad week last week Paul must be pleased that his Wildcard team turned up, even if it was a week late.

Although Loz Kelly (4th) didn’t outscore Paul, his 74 points was also mightily impressive. Pete always keeps a keen eye on Loz as one of his ones to watch. So I asked him for any thoughts… “Loz Kelly played Targett – 70 points. He took another hit and still rose. He’s a bit of a maverick. 32 transfers this season and both wildcards as well as all chips used. He’s in 4th.” Respect to Loz, and sorry that you have a stalker!

While we are talking big scores, here’s another. Not just big. But huge. The reigning FFUK champion, Neil Stewart (28th), pictured below, has made us all sit up and take notice this week with a mammoth 99 points. Jamie, his brother, made us aware of his GW score during the Monday Night Football and Ashley Williams provided the finishing touches on a spectacular GW. From the depths of Page 2 he is now in the Top 30, overtaking yours truly on the way. Bravo Neil (through gritted teeth). Is this a flash in the pan or are you making a dash for the top? 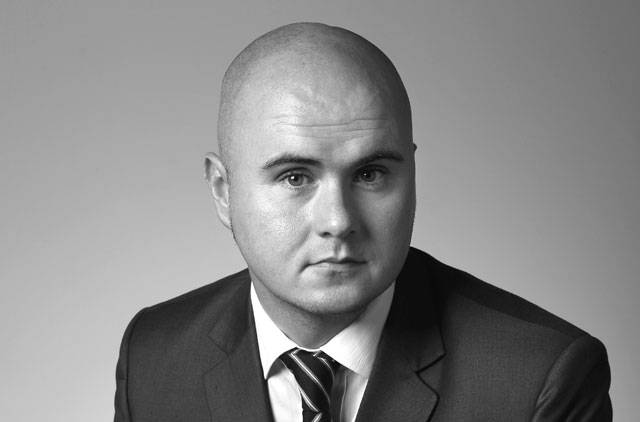 For those of us who are less lucky points were a lot harder to come by. I feel your pain. Lets join together and pray for better times ahead. Lester Deeble (6th) is one of them. The former league leader had a week to forget. Recently wildcarded, Lester decided to go on holiday to some far flung place. But he paid the price for his adventurous ways with just 29 points, second lowest in the whole league. Mahrez captain must have hurt more than sunburn. Stay at home next time Lester, it’s far safer, and your team needs careful monitoring. What do you expect if you just up and leave?

I promised not to go into detail about my own team’s malaise. But who cares? This week I took out Glen Johnson who got a clean sheet and of course 2 bonus for his magnificent performance. Who did I bring in? Well I thought long and hard. Then I remembered that in previous weeks all my careful research and planning was a complete waste of time. So I took the casual approach. Who scored the most points in the previous GW and was nailed on? Step forward Robert Huth. The big German centre back was the perfect casual pick, just scored the winner in a 1-0 and reaped all the points for that. He was nailed on and he was facing bottom of the table Aston Villa. What could possibly go wrong? When I watched the 10 minute highlights on Match of the Day it was a horror show! Huth the lump made error after error, bad judgement after bad judgement. Impressive the fall from grace, from hero to zero. I will address this issue further in my response to Pete but until then I must remind myself why I picked the Leicester centre back. Oh yeah, now I remember, it was so I could utter the immortal words…

“YOU CANT HANDLE THE HUTH!”