In the midst of the chaos of the month of March it is easy to forget that there are Cups going on. Yes, while the League title is being battled for, at the other end of the table teams are fighting to get out of the relegation places. And that’s not all, the FA Cup and the Champions League are turning happy faces upside down, that is unless you’re lucky enough to be a fan of Watford! (I’m not worried about City for now, or Palace, or Everton, or West Ham or United for that matter).

Here’s a picture of Arsenal players looking happy, this is a typical scene around March which usually fades by the summer. 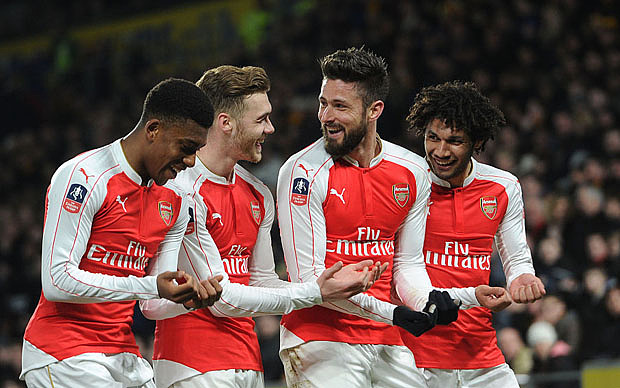 Ah, they look so happy, and they planned a funny little dance and everything!

But there are far more important cup matches going on right under our noses as the FFUK Cup and the Challenge Cup are hitting fever pitch. In mixed-up March the Semi-finals of the FFUK Cup and the Quarter-finals of the Challenge Cup are down to the final week. We started with 96 teams qualifying back in October and by this time next week there will only be 6 teams left playing in the Cups. That’ll be before March is even over, and of the 116 teams in the league, prizes are up for grabs for those impressive 6.

The FFUK Cup is at semi-final stage which means just two games:

As you can see this is a tabletop clash and was always going to be a tough one. Toby has been having a bit of a hard time of it recently and having started the month in 2nd place has dropped four places while allowing Donald a hard to beat lead. Donald hasn’t been having a great month in the league dropping from 6th to 9th in March but I’m sure he’ll be happy, currently beating Toby with a 27 point lead.

No such lead in this fixture as both of these two are having a similar time, currently Matt has a slight lead of 7 points on Marcus with 178 to 171. Both Matt and Marcus smashed it in their February fixtures so everything to play for in this one.

The Final will be played in April and will guarantee prizes to two of these four players, £100 to the winner and £50 to the runner up so getting through will mean cash prizes!be enough for some cash!

Back of the net. 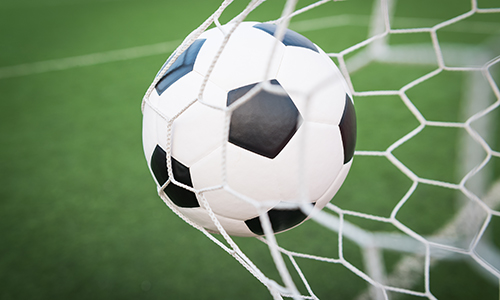 The Challenge Cup is at Quarter final stage so eight teams, four games.

This cup was created to give those lower down the league a chance at a prize so let’s see how that panned out.

As you can see the plan worked as while in the FFUK Cup, 3 of the 4 players are in the Top 15, in the Challenge Cup only 2 of the 8 teams are up at those heights in the league.

Jamie Stewart is enjoying a massive end of season surge and I’m sure this is not the last we will hear of his name this season. Why so late? Is this a tactic? Jamie Stewart and Mark Leathem are both FFUK veteran prize winners, like the Man United of old, these players should never be written off (watch out for Jamie’s bother Neil too). Still, Sergio dos Santos is still well in his fixture while although Duncan Galloway has been experiencing a downturn in recent weeks, he also only has a 17 point gap.

It seems like Mark Tarbox has been given an easy game this time playing someone in even worse form than him. Mark was in 4th place at the beginning of the month but considering Reece had a decent month in February he must be ruing his current performance. That fixture is all but done already.

That leaves Jordan v Richard, the tightest of the CC fixtures with a 9 point gap separating 40th place in the league from 4th and surely anything can happen in that game. Will Richard’s quality shine through or will the underdog take the steak at the weekend.

The Challenge Cup will be a little fruitier than the FFUK Cup, with two double gameweeks playing a part, one at semi-final stage and one in the final in May. If I was through I’d be looking at whether my opponent has a wildcard and any chips left as that could be a golden ticket next month. Again there are prizes for the winner and the runner up in the Challenge Cup, £50 for the winner and £25 for the runner up.

*Please note – all cup scores are current at the time of writing and are calculated by a human, all scores will be checked and verified following the end of the game month of March. Apologies if there are any errors, it’s unlikely, but possible.