In the last double gameweek 10 out of the 11 highest scoring players that week were double players. The odd player was Alli. Of course Kane scored well that week with 2 goals and 13 points, validating his presence for those that kept hold of him. But other than that it was pretty slim pickings among the single gameweek teams. Handy clean sheets for Sunderland and Spurs, Eriksen got a couple of assists… but not a whole lot more going on. Borini got 12 points but no one owned him.

Now I’m sure I said something then about Managers inspiring their teams with talk of double gameweeks and the potential to become legends for the FPL community. Of course, Klopp misunderstood the premise of the double gameweek so decided it would be a good idea to give his entire squad a game each. No Jurgen! you are supposed to give your best players two games to maximise their points potential, not spread them out! Dumbass.

As far as the doublers performed that week the prime targets were Aguero and Sanchez, and they certainly performed for us. 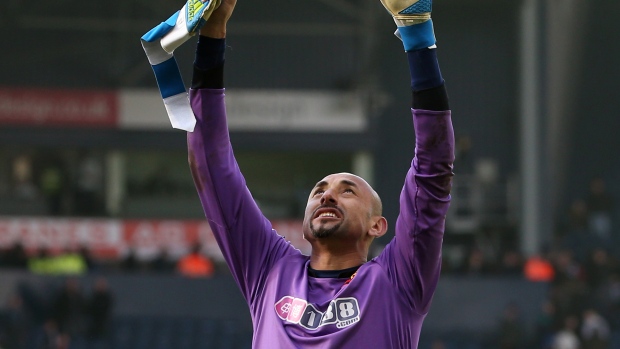 Gomes led the way with an unbelievable double penalty save earning him 21 points.

The other real performers were:

Darmian (who a few had) and Valencia – United got two clean sheets and both of these two got among the goals.

Newcastle’s Lascelles surprised us and Townsend was a decent pick for the few who were natty enough to bring in.

Sakho (lucky) and Sturridge (sensible) both returned points from Liverpool despite the rotations. Milner did OK too.

Mark Noble was a nice surprise with 16 points and with his 16 points in the last gameweek is the most transferred player in this week. Mark Noble. Who’d have thought it? In Noble’s 9 seasons as a Fantasy Football player he’s never scored more than 4 goals. This season 7 goals, that’s 4 goals in his last two matches. Is Noble fantasy gold for the final part of this season or just another flash in the pan?

What does all this mean? It means that some of the sensible picks, Aguero, Sanchez, Milner. Sturridge, Gomes, and even Sakho, paid off. It also means a whole host of ‘sensible’ picks did not pay off.

But it means some of the gambles paid off too, Townsend and Darmian for example, and it means that some seemingly bonkers picks like Noble and Lascelles would have been wonder strikes.

So who do we pick this week? Well if we have anything like a repeat of the last dgw then Sanchez and Aguero were beyond essential, and if there is the potential for any player to earn over 20 points this week then they have to be in the side. Unfortunately they’re just not so easy to pick this time round. Sturridge? Andy Caroll? Eden Hazard? Surely not?

I need to take hits so I’m thinking of bringing in x1 sensible player, x1 gamble, and x1 completely bonkers, never gonna pay off in a million years pick. That should cover it.

As always, best of luck to one and all, and enjoy the ride!

Hmm. Better do one for last transfer for luck. Sturridge for Aguero. Now that surely is bonkers…