HIT ME BABY ONE MORE TIME

Emotions have been running high for some during the penultimate GW of the season. With good reason, it was an absolute monster! 14 Fixtures meant double games for 8 sides offering a smorgasbord of options from Liverpool, Manchester United, Chelsea, Watford, Sunderland, West Ham, Norwich & Everton. Did you take advantage of this? Chips were plentiful – 14 triple captains, 4 bench boosts & 5 all out attacks were thrown down.  There were -4 Point Transfer Hits all over the place. Many people chose to take the Britney Spears approach with varying degrees of success.

Lets look at the opening 10 games as if it were a standard gameweek – LVG’s Man Utd scraped a win against a Norwich side that look more and more doomed each week. It wasn’t pretty for Utd fans and it rarely is nowadays but Juan Mata did the business. Villa & Newcastle played out a bore draw leaving the Geordies over the trap door. I bet Britney Spears is still popular in Newcastle. Bournemouth & West Brom are both in a safer place and played out 1-1 draws. Crystal Palace remembered how to win by beating Stoke 2-1. Southampton beat Spurs by the same scoreline. The wheels look to have come off Totteringham’s season since they lost the plot against Chelsea. Oh well, at least Chelsea have done something positive this season. On that note the Blues endeared themselves to Sunderland fans by laying down and letting them beat them 3-2. Pathetic once again. West Ham also did not read the script as they were stuffed 4-1 by a Swansea 2nd XI. The pressure is certainly mounting and many managers had loaded up on West Ham’s attacking assets. Liverpool’s reserves beat Watford leaving a lot of us fuming once again with Klopp’s penchant for rotation and blatant disregard for the league – dock them points I say! The final match on Sunday was a cracker and saw ‘Arsenal fight back’ to a 2-2 draw – not words you often see together but now Arsenal are out of the running and 4th spot is pretty much guaranteed they can relax knowing their work is done. The 4th place trophy is coming home to the Emirates once more.

Then it gets interesting, several popular DGW players didn’t really set the world alight but they had another chance to redeem themselves. We were all standing by with great expectations. First up was a game which apparently was the last ever at Upton Park (I had to check this as it wasn’t particularly well publicised!) Since winning the World Cup in 1966 West Ham have not had much to celebrate so on Tuesday many ‘Ammers took to the streets of East London and soaked up the atmosphere. Some soaked a bit too much up and then decided to attack the Man Utd team bus. Jesse Lingard provided commentary and footage (he is no David Attenborough).

The match itself didn’t disappoint (unless you were an Andy Carroll owner). West Ham went in front through Sakho (not Andy Carroll) before Martial scored a brace having missed out on the previous fixture. Then Antonio (not Carroll) levelled it via a Payet assist before the French magician once more put it on a plate, this time for Reid (no, not Carroll) to score the winner sending the bubble blowers into raptures. Payet rewarded those managers who had gone big by captaining, and some really canny managers even triple captained the ex Marseille man. Formidable (that’s formidable in a French accent).

Then Wednesday it all came to the boil with the 3 final fixtures of the DGW. Watford and Norwich went mental, the soon to be relegated Canaries defied belief and scored 4 goals. With Redmond & Mbokani the main beneficiaries, Watford managed a couple in reply via their usual duo of Deeney and Ighalo. Sunderland avoided relegation with a 3-0 win over Everton with the defensive duo of Kone and PVA going wild with goals and clean sheet points aplenty. The Toffee’s have today sacked their manager Roberto Martinez whose position had become untenable. This is probably a good thing as the atmosphere at Goodison is getting more and more Toxic.

The one remaining match saw Chelsea go to Anfield. It was 1-1 which didn’t really help but Klopp did play his first team for once. Which Chelsea would turn up? Or more to the point which Eden Hazard would turn up? Well it looks like Hazard has remembered that the Euros are just around the corner and he has a move to play for. He was head and shoulders above every other player on the pitch last night and scored a wonder solo goal. That’s 4 in the last 4 games, when he wants to be he can be the best player in the league and one of the best in the world. Unfortunately before those 4 goals Hazard went 30 premier league games without scoring. So 4 in 34 is actually a worse record than Aaron Lennon. I hope he has a good Euros and we get rid of the little runt for a decent price. Having said all of this I have had him in my team since the Spurs game. If it was a Facebook relationship status it would be… ‘complicated’.

So that is that. But I think you all want to know how it went down in the FFUK league… Read on for more, if you can bare it.

Wow. Its all change at the top.

Paul Baker (1st) is our new leader with a mammoth 107 points. What a time to take top spot! How did he manage this? Well Paul owes Jermain Defoe a beer after he triple captained the former England man for 30 points. It would have been 33 if Defoe hadn’t taken his top off after scoring the winner against Chelsea but I think Paul will forgive him for this, unless he loses the league by up to 3 points!  However, several other players got into double figures for Paul including Mignolet, PVA, Payet & Martial. With £4.8m still in his coffers Paul also has the luxury of upgrading a player going into the final GW. I think I can guess his transfer already with a certain Chilean coming in. Is it Paul’s title to lose now? Can he handle the pressure? 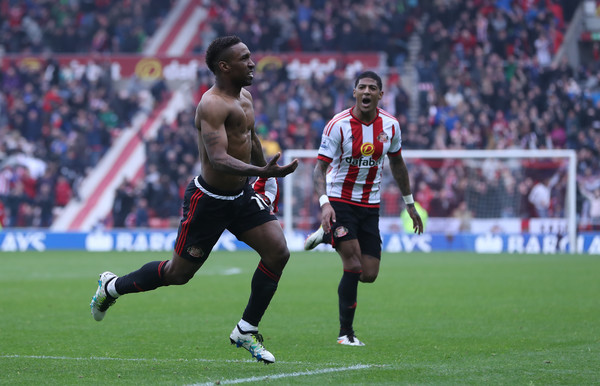 I had a good week but the best scorer on Page 1 was Allan Tomkins (15th) with an eye watering 115 points. Once again Allan went and used his triple captain chip on Defoe and also had Martial, Payet and PVA but it was Hazard that perhaps helped him earn him top dog status this gameweek.

However, there was one score that beat all of these. Step forward from the depths Steve Cronin (82nd) who played his bench boost to the tune of 127 points. Boom. PVA’s 17 points from his bench was spectacular. Steve captained Payet for 24 points, with supporting performances from Defoe, Martial, Hazard & Yedlin. Nice work Steve, we have noted your best GW score submission!

Spare a thought for Kaine Sinclair (47th) who was the lowest scorer on page 1 with 47 points. Captain Sturridge fell flat on his face and looks set to miss out in GW38 as Klopp looks set to play the reserves on the last day. Is there time for a turnaround or is Kaine better off looking forward to next season? Actually there is a Euros before that – Have you heard we are running a FFUK THE EUROS fantasy league?

I am sure you all want to hear about the duel between Peter Cronin (17th) & Myself (10th). Oops, Pete did it again. As we go into the final gameweek there is now a 30 point gap between us. The pressure did get to Pete and he made 4 changes going into this gameweek, 3 hits, and a 12 point hit at this stage of the season is virtual suicide. However it was clear going into the gameweek that he was crumbling. He was desperate, one minute he was taking no hits, then he’s taking 3, then 4! I won’t go into the dirty details. It didn’t work. However, it was looking a lot worse for Pete until PVA did his thing last night and Captain Hazard saved the day taking the duel to the final GW. But he certainly left it late. What has Pete got up his sleeve? More hits?

I also have a side bet with Neil Stewart (13th) who is now 9 points behind me after a less than impressive 61 points this week which is perhaps best explained by his Andy Caroll triple captaincy!?!? What were you thinking Neil? Have you been talking with Pete? Payet was clearly the sensible choice if you wanted to go with a West Ham man 😉 I thought I was dead and buried in this one as Neil had a 35 point lead over me but this serves as a timely reminder that it can all change in an instant in this crazy game. Neil, I am watching your every move. And they were some crazy moves. I’m just glad that Neil has loaded up on Liverpool players like Sturridge, Coutinho and Clyne who all look set to miss out in the last game as they will be preserved for the European final 3 days later. The problem is how can you 2nd guess a man who chose to captain Andy Carroll in the biggest gameweek of the season?

Whilst the big prize money may be out of reach for some of us there is still plenty to play for, check the prizes tab for all the details. Plus we have the conclusion of the Challenge Cup Final between Mark Tarbox and Jamie Stewart.

Good luck for the final GW and I will be back for the final review next week. In the meantime here is another motivational Britney tune to help you through the dark times.