Ooo La La the group stages were good fun. It all started with a Payet pearler against Romania and has built steadily from there. The first couple of rounds of group games were arguably a little slow to start with games tending to be tight then in round 3… BOOM.

Now we have a tournament on our hands! 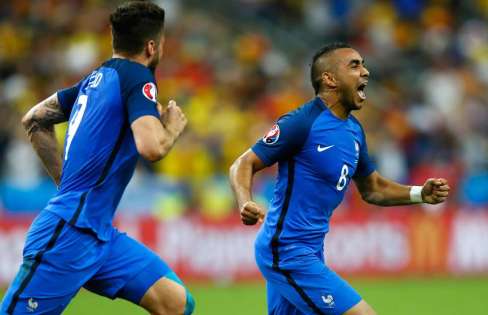 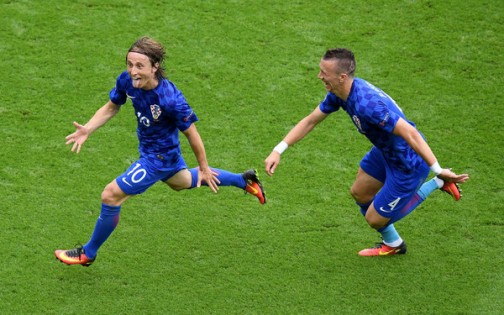 Who have been the stars so far? Well after Payet’s goal we wanted more and we didn’t have to wait too long for it. Modric scored a worldie against Turkey in an otherwise unremarkable game but after the Spurs man succumbed to injury his team mate Perisic has also been a real star. Germany have been solid, unsurprisingly, with new left back Hector looking particularly menacing for the World Cup winners too. Ozil, Kroos & Muller have been ominously quiet so far. Spain started slowly in match 1 but then Iniesta and co. clicked into gear and Morata stepped up with a brace before a surprise loss to Croatia in the 3rd game. England struggled to beat the worst team in the tournament, Russia, before being unable to score against the mighty Slovakia. But in England’s group there is one man who has stood high above the rest… And a surprise turn, yes Wales have been convincing in winning both games against the very same opposition, and Bale is the main man! He has now scored 3 goals in 3 games and is currently joint top scorer for the tournament. Just behind Bale is his club mate Ronaldo on 2 goals. The Real Madrid no. 7 waited until game 3 to start scoring (surely to give the others a head-start). Once again it must be said that Ronaldo is limited in his national team by the players around him whereas strangely with Bale perhaps the opposite is true. 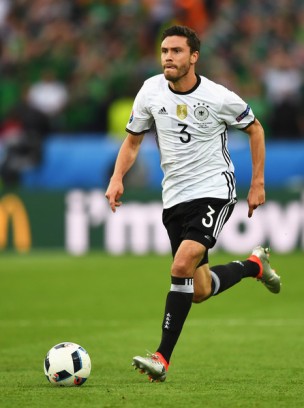 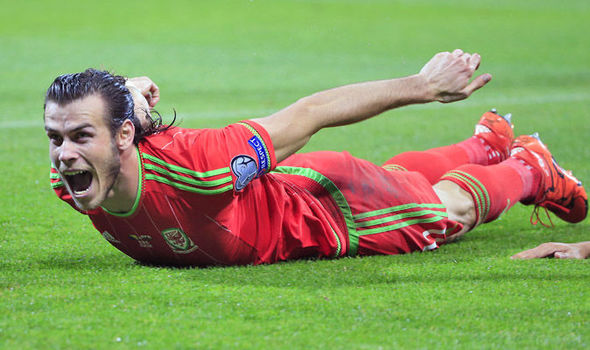 Best games so far? The opener was decent but then we had to wait until Czech Republic fought back from 2-0 down to draw against Croatia for the next beauty. After that the games came thick and fast with, in particular, Italy giving a tactical masterclass to the fancied Belgium. In the 3rd round of group games the excitement increased (other than in England’s game of course) with Portugal vs Hungary being the pick of the lot. 6 goals, a wonder strike from Zoltan Gera and Ronaldo, never one to enjoy being overshadowed, scoring with a delicious flick. Later that evening Ireland made it 4 home nations through to the 2nd round with a memorable win over Italy. Magnifique. The video below shows some of the best goals recorded by fans at the tournament.

Best moments so far? There have been quite a few already. After some early problems there has been no shortage of great moments with fans from European countries laughing, singing and drinking together. Beautiful, and perhaps even more poignant today. In the stadiums it was no different, whether it was Payet crying, or England’s last minute winner against Wales. The Northern Ireland Fans singing “Will Griggs on Fire” and Albania’s first ever goal in the tournament, have all been thoroughly entertaining but surely the best is yet to come.

This is where it gets serious. The second round throws up some fascinating fixtures (below) and the next few days is a veritable feast of football. Fantastic. My plan is to watch all 8 games in full – what a weekend we have in store! 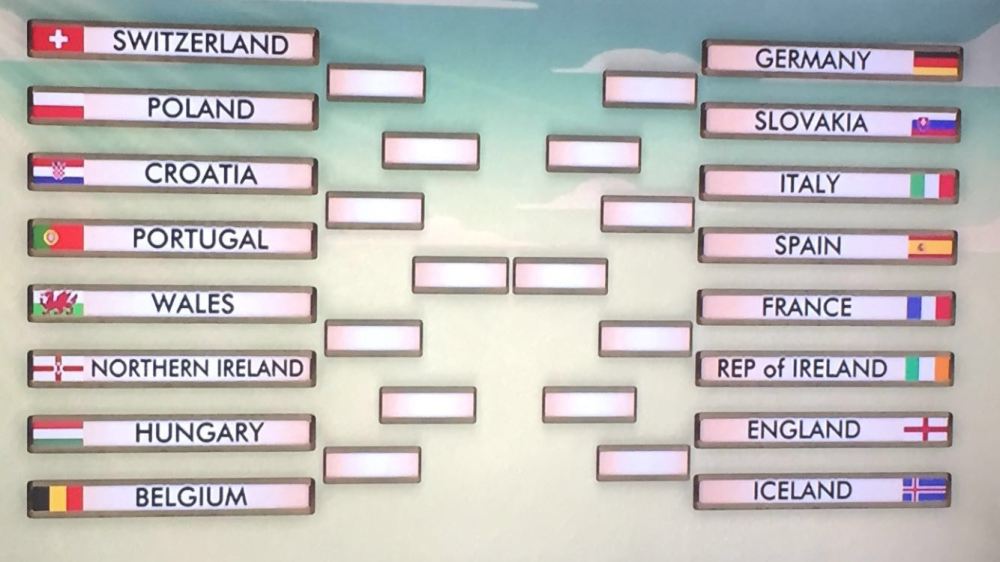 On to Fantasy matters. We should all be up to speed with the rules now. The daily substitutions and captaincy changes certainly add an extra element to the game. But right now it’s WILDCARD time for everyone. Rejoice. Make sure your team is ready by the time Switzerland Vs Poland kicks off.

See below for the very latest league table and below Pete delves a little deeper to analyse the latest form. 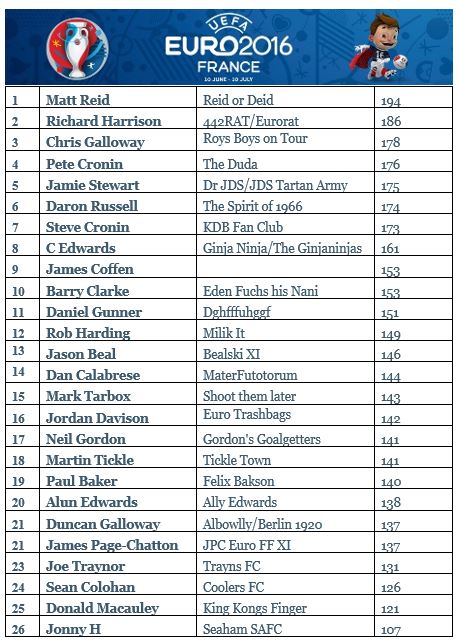 The fact that there are no bonuses, that we are all picking from a small pool of players, and the tightness of the results, has meant that the league table runs very close. Unlike our far more open FPL league, a 50 point margin currently separates 1st place from 14th – that’s over half the league. Topping those numbers currently is Matt Reid (1st), although his lead has been reduced to just 8 points following the group stage. Matt has performed well, with a balanced team, some sensible transfers, and a bit of luck along the way. When I say luck I mean a double clean sheet from Albania in Matchday 3! But I can’t fault Matt’s picks in all honesty, Ramsey captain (22 points) was a fine choice in Matchday 3, especially as Matt subbed the Arsenal man in for Ozil. This followed captain Payet (16) in Matchday 2 and a sensational Giaccherini (24) in the first round. Elsewhere Perisic was a star pick, and Neuer, Koscielny, Siggy, Giroud and Quaresma all picked up points along the way for Matt. Good skills. 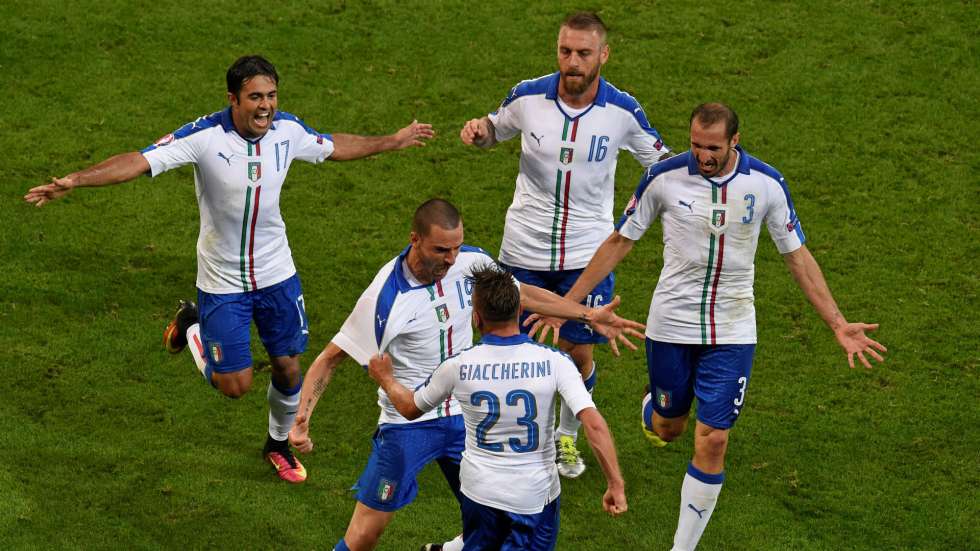 Just behind Matt is Richard Harrison in 2nd. Rich had been tempted to scrap his team before the start of the tournament but fortunately Chris and myself pointed out that football always comes before work. Rich will I’m sure be sending a note of thanks should he retain his high position. Rich played a sensible game, leaving the captaincy on Giroud on Matchday 1 while the rest of us played the stick and twist game. But Rich had plenty more points throughout his team; Kroos, Payet, Fabregas and Perisic all brought scores with Ronaldo getting his on matchday 3. Richard’s solid picks are underlined by his matchday 3 defence with no less than 6 clean sheets with Dier as captain, Sommer in goal, Jedrezjczyk, Rami, Hector and Rodriguez. Nice.

A familiar name sits in 3rd place, Chris Galloway is in contention as we enter the round of 16. Chris and I both made the mistake of taking the captain off Giroud in the first games but we learned very quickly. In Matchday 1 the captain armband returned 6 points from Rui Patricio but Juanfran and then Bale both returned solid 12 pointers in the 2nd and 3rd matchdays. Were you close to changing the armband to Ronaldo on Matchday 3 Chris? Shoulda woulda coulda as you always say. Like when I told you Dzsudzsak was a good pick! Well, now is the time for our picks to really make their mark as we reorganise our teams with unlimited transfers and an extra 5m to play with. And we can have 4 players from one team. I’ll be going all out England of course.

Matt Reid is without doubt the man to beat, he was the highest scorer in both matchdays 1 and 2, though on matchday 3 this accolade went to my protégé, Steve Cronin (7th), with 78 points. Ronaldo captain was a winner, highest score in a single match so far with 13 points. This was backed up by 4 clean sheets, and assists for Alaba, Muller and Milik as well as Joe Allen of all people! Steve is surely one to watch going into the round of 16.

Daron Russell (6th) and Jamie Stewart (5th) have also made strong starts while at the base of the league we see Donald Macauley (25th) and Sean Colohan (24th). Still, Sean’s got a pretty good excuse as he was actually in France supporting out nation. Sterling work Sean, we’re all with you in spirit! 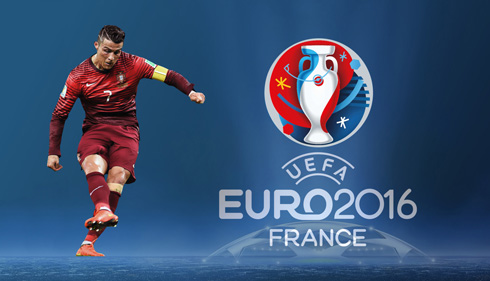 As always best of luck to one and all. We hope your round of 16 teams are coming together, get ready, as crunch time is coming fast!