I’m sure most of us have now spent some time tinkering with our teams, analysing the best options, the best way of maximising potential, the best set up to win. Last night, I realised I had a new conundrum for this season, which I had previously not seen. You see, early on, when the news of Zlatan’s coming was just reaching us, I immediately wrote Zlatan off. For starters, Zlatan’s gone to United, who have had mixed form since Sir Alex retired, and now it’s Jose Mourinho leading them, my hero turned traitor. Manchester United will now have their fourth manager in as many seasons and Jose left Chelsea last season, not in a blaze of glory, but in a chaos of bad feeling, dissension and mutiny. And asides of all that smoky chaos, the champions Chelsea had simply not started well at all. 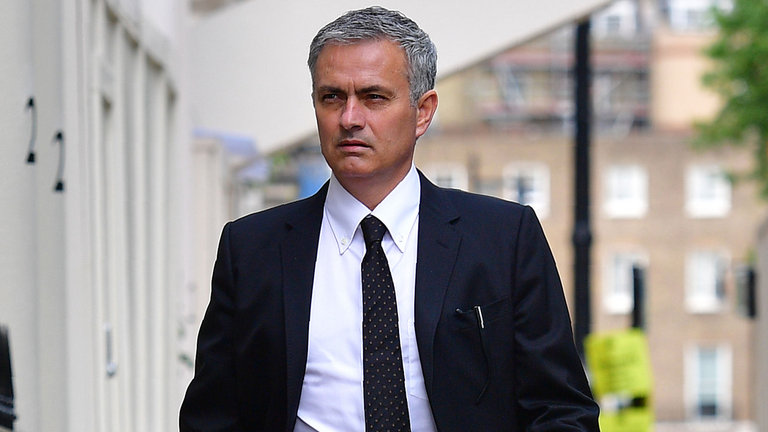 And then there is Zlatan. The self-proclaimed God of Manchester-to-be is actually 34 years old, and will be 35 in October. We will remember Teddy Sheringham’s mature success, he was United’s top scorer in the 2001 season, and at the age of 35 he scored 15 league goals (and won the PFA player of the year award by the way). But seriously, surely at almost 35 years of age Zlatan is an instant write off. Teddy had been playing in England all his life and had been at United for 5 years before that season, and 15 goals was hardly prolific. Indeed, we have to go back to the 1992-3 season to find a record of 20+ premier league goals for the legend that is Teddy Sheringham. 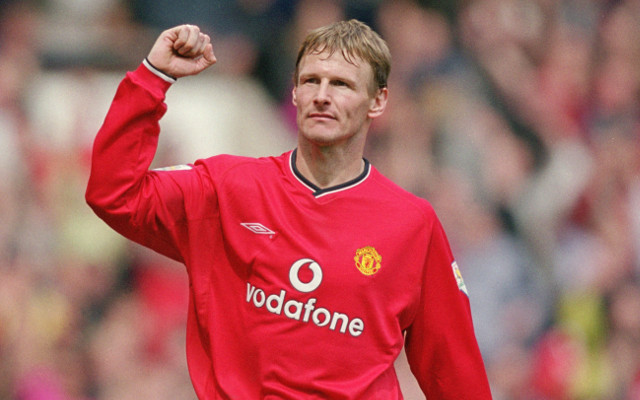 But Zlatan is a bit different.

As Premier League avids we are all well placed to poo poo the other European Leagues, and Ligue 1 is an easy target. Zlatan’s move to Manchester follows his contract expiring at Paris Saint Germain where he was surrounded by the likes of Matuidi, Luiz and Di Maria. PSG have won the French league for the last four seasons in a row so I can’t work out whether that means they are really really good or that it’s a bit of a one team league. But Zlatan scored no goals at all in the Euros. Rubbish. Is that what happens when the team isn’t as good as Zlatan? Zlatan made 12 goal attempts during his short tournament of which only 1 was on target. This was bettered by Ukraine winger Yevgen Konoplyanaka for example. Maybe Zlatan couldn’t be arsed, apparently he is not a big fan of ‘big games. It’s highly likely that if anything comes along that’s more important than Zlatan then the 6 ft 5 inch beast just won’t play ball.

But Zlatan, wait for it… Zlatan scored 38 goals in 31 games in the French League last season, picking up no less than 13 assists along the way.

In FPL terms, captaining Zlatan every game last season would have earned a return of 494 points without bonus*. And we could captain someone else for the remaining 7 games too. That’s a phenomenal return. Last season’s highest scoring player, Mahrez, earned a total of 240 points including 38 bonus. That’s 494 vs 404 points on the same terms, and Mahrez picked up 17 extra points for midfield goals, as well as 18 clean sheet points too. Take those extra points away and man for man Zlatan gets 504 points and Mahrez gets 334 points. Or is that maths unfair?

*This calculation includes 29 starts and 2 sub appearances, in this time Zlatan only picked up 1 yellow card.

And here lies the problem. I don’t know if I’m ready for the most essential man in FPL to be unseated from his throne, by a God! 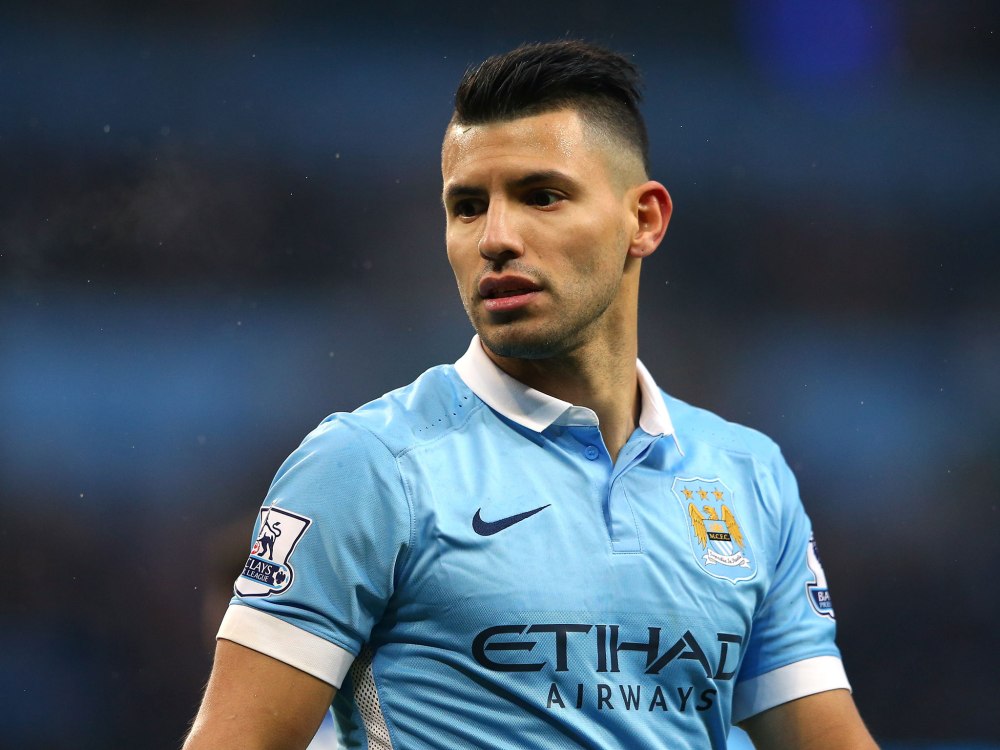 Until now I have simply chosen the obvious route when picking my FPL team, Aguero in, I don’t do Zlatan.

Zlatan is 11.5m, he’s new to the PL, he’s under a new manager, and he’s nearly 35 years of age. Maybe just wait and see how he performs. Man United’s start isn’t the easiest set of fixtures anyway. They start away at Bournemouth before hosting Southampton and then a plum fixture away to Hull in GW3. But then they have the first Manchester derby welcoming Pep’s City to Old Trafford on September 10th. Further this fixture falls straight after an international break, the perfect interruption to the flow of any early season form. United will then host the champions Leicester and visit both Anfield and Stamford Bridge before October’s out. That’s 4 seriously tricky fixtures in their first 8 matches.

While we still don’t know how Mourinho will line up his side, and we don’t know how much of a settling in period will be needed, 11.5m of our budget is a big gamble on an unknown force in the Premier League. Beyond that, we need to make compromises to bring in Zlatan. I am currently fielding a premium keeper, an uncompromised defence, a solid midfield, and a decent front line. To enable Zlatan I will need to change a 5.0m defender to a 4.5m, change Hazard to someone like Ayew, and I already have a 4.0m defender, a 4.5 mid, and a 6.5 forward in my ranks. This means deliberately weakening elsewhere for the sake of my front line. And we’ve seen it all before, at the start of last season we were all battered by the big hitters just not showing up until the season got going. So having Aguero only must be the safest option.

I only tried a team combining both Aguero and Zlatan for the first time last night. For anyone that hasn’t yet tried this you will see that with some serious digging around, a relatively sound looking team with both players is possible. Just. Of course, loading up the attack with a quarter of our 100 million budget almost necessitates constantly high returns from this striking pair. A quick look at value vs points returns suggests that these two alone would need to achieve 14 points every single week (before captaincy points) to fully appreciate their values. And bear in mind the captaincy issues this pairing may throw up. Imagine missing out on 5 goals from Aguero because you captained Zlatan? I know it doesn’t work like that but my point is that with players with that high a value they need to be captained to be worthwhile investments, surely? And we won’t be able to captain both of them.

But there is one massive caveat to this. Or at least I think it’s massive. As far as player value, transfers and wildcards are concerned, this is the one time of the season when it will be absolutely free to bring Zlatan in. At 11.5m, there is no other way of bringing Zlatan in without it costing transfers, chips, cash and if he’s an instant success, player value. Indeed, with player values so tight, if we want to have both Aguero and Zlatan later on, it is guaranteed to require some serious compromising elsewhere, and possibly a wildcard sized overhaul.

Aguero is currently in a surprisingly low 38.9% of teams. That’s almost 4 in 10 teams. Zlatan is in 28.6% of teams, that’s almost 1 in 3. It would be sensible then to think that… Hold on. Hold on, I’m not a mathematician… Tick. Tick. Tick. It would be sensible to think that some teams have both Aguero and Zlatan already, and if they both kick off, well, we’ll know about it.

I could easily go on to make comparisons with Lukaku (22% – 9 million), Kane (16.5% – 11 million), or Vardy (15% – 10 million). Indeed, Lukaku almost guarantees better value per million than Zlatan, that is, unless Zlatan does score something crazy like score 30+ goals. Anyway though, for me, for now, the combo, Aguero and Zlatan is the sensible option.

Ooh. One little side-thought. Will Zlatan be on pens? Oh no, Rooney is on pens. But do we really think ZLATAN is going to let little Wayne carry on taking the penalties? Do one Rooney. 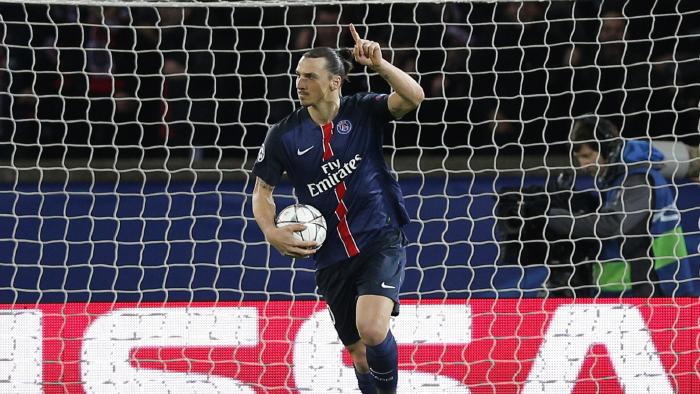 Because Zlatan doesn’t need Aguero? So we have Zlatan in our frontline but no Aguero. Really? Yes, it’s not actually as crazy as it sounds. What struck me last night, when considering Zlatan’s last season, as well as Aguero’s injury record, was that it’s not only possible, but likely, that Zlatan will outscore Aguero this season. Reports I have read have assured me that Zlatan is as fit as a very fit man, and I’ve also watched a video of Zlatan on a running machine. What’s more, going without Aguero but having Zlatan leading the line would mean an extra 1.5m to boost up one of the other two forwards, or, to turn someone like Hazard into someone like Sanchez. And frankly having both Zlatan and Aguero does seriously limit the options in midfield, there is no way of affording the double cream strike pair as well as say Sanchez and Hazard without stripping the value from the remaining players. So maybe both is really too much. And Zlatan is Zlatan, who needs anyone else? Yes, maybe now, after all these years, it is finally time to give Aguero the boot, and go solo Zlatan. But this is unquestionably the maverick option… 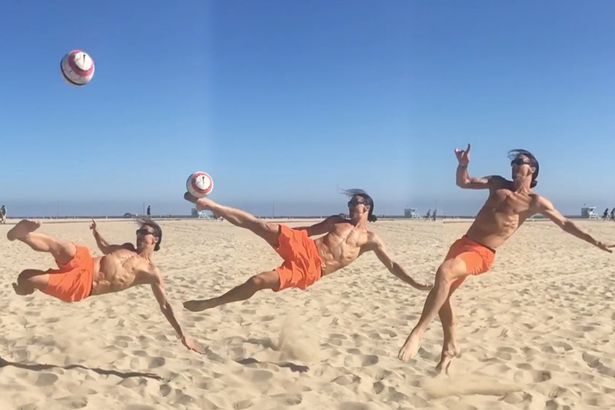 Note. After all this Pete didn’t put Zlatan in his team. Interestingly though, most of what he said in this article was absolutely correct.

One thought on “The ZLATAN conundrum”