Welcome to the GW33 Review. Its a crazy time right now, and I am not talking about the wider world, ignore all that, it’s all about FPL here, thankfully. However we are on the cusp of MADNESS. The sun has even come out to celebrate so what better way to embrace those summer vibes than a bit of classic Ska with Prince Buster, if you aren’t familiar with the great man’s work, check it out… Take It Easy and Enjoy Yourself! But don’t take your eye off the ball for too long as we must get ready for the doubles which are about to hit, luckily this means we can all make decisions that are not normal. More on that later but first lets look at what happened over another incident packed weekend before we move on to the top 50 of the FFUK league.

First up Spurs continued their incredible recent form by dismantling Bournemouth 4-0. Those who got on Kane (12) early were rewarded with a goal, assist and max bonus. The usual suspects also all got involved with Alli (6), Son (10) and Eriksen (7) plus of course clean sheets for all their defenders. Even without their double in GW37 a spurs double or treble up looks essential going forward. 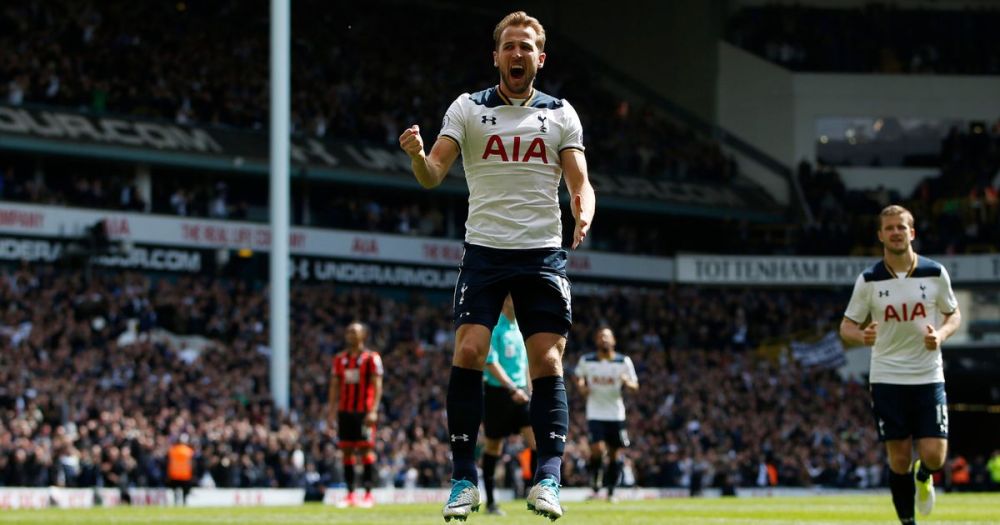 Elsewhere there were further clean sheets, But not loads, just 5 in total. Watford, Man City, Liverpool and Man Utd were the only other shut outs and therefore the defenders to be owning this time round.

Top scoring player for the GW33 was not a popular pick but its good to see him back fit. Vincent Kompany (13), with a goal, assist and max bonus, has endured a tough couple of years but there is no doubt that City are a much more solid outfit with him leading from the back. If, and its a big if, he can stay injury free then City as a defensive unit may once again be back on our radars, it would help if they could find a goalkeeper that actually saves shots but I’ll leave that conundrum to Pep.

The next best scorers were also less fancied. Stoke’s Shaqiri (13), with a goal, assist and max bonus in a 3-1 win over Hull, is a personal favourite of mine, but he is the very definition of inconsistent. Not ideal for FPL but if you get him on the right week then it could be the stuff of fantasy legend, can someone please let me know the next time the right week comes around, would expect it to be some time in November.

Next up do we need to talk about Ander Herrera (13) who also managed a goal, assist and max bonus against Chelsea? It gives us food for thought – is Herrera now the best Man Utd mid option for the double? I’ll leave this here, I don’t think its necessary to go into too much detail about the game itself. Put another reggae tune on. Forget about your troubles. Its mad out there.

The unfamiliar names continued to score well all weekend meaning the team of the week contained other fantasy stalwarts such as Gomes (9), Mariappa (11), Jags (11), Arnie (11), Collins and KDB (12). Perhaps the most popular pick left was Firmino (11) who reminded his owners (and all those who got rid) of his prowess. Having said this scoring was still strong with big picks all plundering at least some points. Lets see what difference it all made to the top 50 of the FFUK league…

Nick John’s (1st) with a score of 65 extends his lead over Sean Colohan (2nd) to 50 points. Coolers only managed 45 and is now looking over his shoulder at our very own Matt Reid (3rd) who’s 58 points cut the gap above him to 36 points. With the overall average at 46 points this GW this was not the time for a bad run, still 5 gameweeks left, all to play for. Check out Matt’s latest article for more on the madness that is this game.

In fact on closer inspection of the top of the table, the gap between Sean Griffin (4th) and Lester Deeble (10th) is just 44 points, easily achievable over the closing gameweeks and more importantly there are just over 100 points between Jamie Stewart (11th) and Dan McBrearty (50th), so all those on page 1 can get in to the prize money with a good run. Throw in some well used chips and navigating the insanity of the doubles correctly its about to get seriously exciting.

In terms of the big 6 captaincy picks Lukaku (6) was the most popular with 70 FFUKers selecting him. It was then a big drop to Kane (12) who 29 of you plumped for, his teammate Alli (6) was chosen by 22. 17 went with Aguero (6) whilst 16 decided on Chelsea’s misfiring front man Costa (1). The dozen Sanchez (7) captainers were made to sweat but ultimately rewarded as the top scoring player in the game returned to some sort of form with a nicely taken free kick, but lets be honest Sanchez owners want a lot more from him right now and some are even thinking of the unthinkable… selling the top scoring player in the game. Told you it was all a bit mad.

We expect to see a marked increase in “Chips” used in the coming weeks but of course, for some, this was the week to lay one down. In the top 50 there were a couple of Wildcarders. Neil Freeland (5th) and Mark Leatham (23rd) both pushed the button and were rewarded with 56 and 59 points respectively. Upon closer inspection neither have gone big on DGW34 with both owning a couple of Palace players whilst Leafy also has Valencia (6) up his sleeve along with all 3 chips to play, clearly this man belongs in the one to watch category!

The Bench Boost chip was the preferred weapon of choice for the pair of Andy Jackson (18th) and Reece Richardson (46th). Lets just say Andy’s was the less successful of the two, he only managed 48 points but this was because his bench really didn’t boost at all, in fact it provided just 1 extra point via Jakupovic (1) as his trio of Fraser (0), Stones (0) and Love (0) all combined to miss out on any points. Having said this Mr Jackson now has a tasty Palace trio going into the double but boy does he need them to recover. Reece’s boost was only worth an additional 6 points, certainly not earth shattering, but his first team performed rather better meaning a total of 82 was in fact the best score of the week, mainly thanks to his spurs trio of Kane (24), Alli (6) and Son (10). Well played sir and its good to see Kit Shickers FC doing their thing!

Continuing the Kit Shicking, let’s just call it the loser list, it’s certainly easier to say – commiserations to all those in the top 50 who scored below average. This list cares not for your top 10 pedigree or how well you have been doing recently. It’s harsh but ultimately it cant be argued with and that is no bad thing. Feature too often and you wont remain in the top 50 for very long, as I can unfortunately testify to.  Stear clear of this list, avoid getting mentioned too much, and you are a steady eddie, exactly what is needed to be consistent and climb the league. Bottom of the FFUK class this week is Andrew Roberts (44th) with just 40 points scored and that was including the use of his AOA chip, so he gets a double mention.

Lets not dwell on this, I’m sure the FFUKers above wont mind me moving on. Just 5 gameweeks remain. This is a time to get excited, go a bit crazy. Man Utd, Boro and Palace all have an extra game in GW34. With potential rotation for Utd and Palace with tricky fixtures many (including myself) are turning their affections towards Boro assets. What could possibly go wrong? One of them must score some points. Some are even doubling up, and keep it quiet but I even hear there may be a few nutters that go triple. Depending on your situation in the league it might be the perfect time for something a bit different. I dont see a problem, I for one am seriously considering combining my long serving Marten De Roon with A Negredo and Ben Gibson… Whats that you say, Madness? I call it Gladness. Cheers Bustamente!