Welcome to the Gameweek 37 review. It’s a BIG one. The BIGGEST ever in fact. Going into the Gameweek we knew it held potential to be, and therefore it is with rather large thanks to Notorious BIG for his slice of classic 90s’s rap “The Sky’s the Limit”. It’s funny they all look a lot younger in the video than I remember. RIP Biggy!

We were made to wait until the penultimate week of the season for it, but it was certainly worth waiting for. Because of the enormous amount of games played it would be churlish to try and recount what happened, a lot of it seems a blur as we have been supping from the ample bosom of double gameweek options for what seems like some time now. Many of us resemble someone staggering around a club at 3am, drunk on an excess of dodgy Frenchmen, one too many Saints players and generally way too many cheap fillers.

Check out the GW37 STATS from Steve Cronin (62nd). You can certainly see the chips coming into play. 28 triple captains and a whopping 49 benches boosted! Incredible stats. Told you it was BIG.

Lets discuss a juicy stat from concerning our very own WhatsApp group before looking at the BIG scorers in the league and who sits where going into the final weekend.

Did you know? 9 out of the Top 12 in the FFUK league are in the WhatsApp group. For those that don’t know, it is clearly the place to be. Whilst I am at it, Big Thanks to everyone for their efforts this season especially in the group. It is a special kind of place, not for the fainthearted I must add. But we would love for more to join next season. I would love to know how many messages we have accrued over the season? Anyone want to hazard a guess? There is only one rule (and some struggle with that, please KEEP IT FOOTBALL RELATED).

More importantly, the Whatsapp group is now the place to go for the fastest fantasy news out there. Sometimes I am actually informed of a goal before it takes place, by virtue of a delay on SkyGo, and though initially the whole thing bothered me, now I have seen the light. Watching with the delay, the updates are so darn quick they forewarned me of things I would want to know or not know. Picture the scene, an alert comes in, Sanchez has scored a goal. Check. I have Sanchez in my team. Yes. Then there is a special moment, once I know something is going to happen, that I am going to be happy about, and then it happens. In those precious few seconds I feel at one with the world fully in the knowledge that I am about to be enriched with points. It’s a glorious feeling. This must be what it is like to invent a time machine.

This week the experience was even more invigorating as with my bench boost I had 15 men to rely on, almost all with a pair of fixtures. Can you imagine the sensation when it is a triple captain that scores? That is something so wonderful the birds sing louder in the trees, the colours everywhere sharpen, big moments are special but when you know they are coming its Bigger than Big.

This review is so big it needs both of us. So without further ado, here is Peter to tell us all about it: 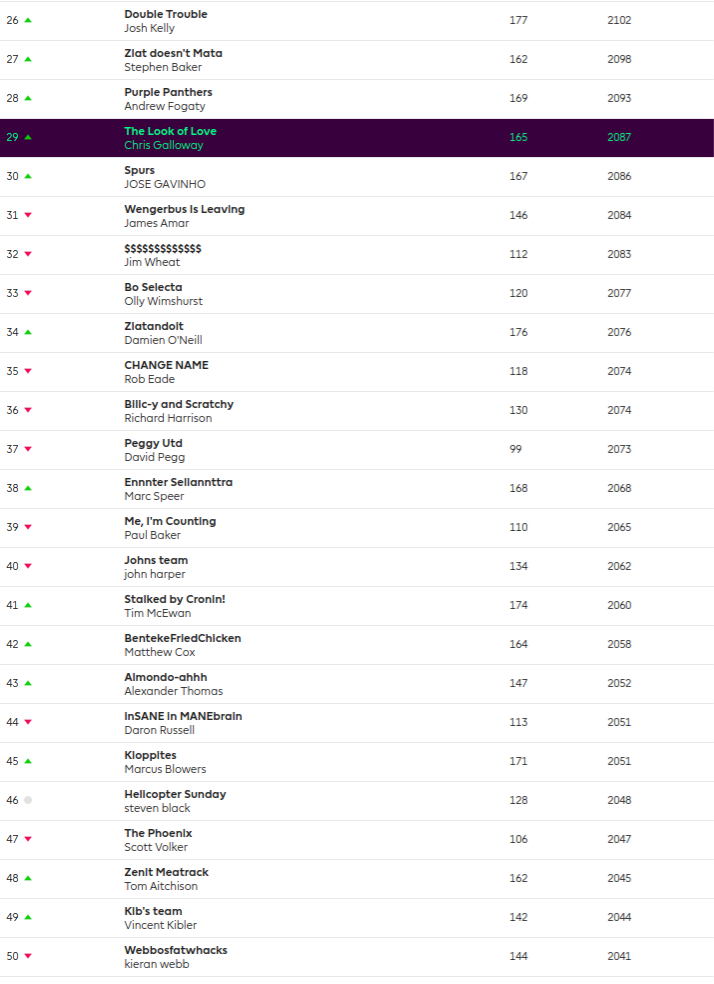 Thanks, Chris, this was indeed a BIG double gameweek, a week of BIG scores and BIG guns. Indeed, 3 BIG guns, Kane (31), Sanchez (27), and Jesus (18) proved instrumental in our own teams, achieving some of the biggest scores we have ever had. Kane’s four goals on Thursday night was (almost) beyond belief. This is the life blood of the double gameweek, and exactly why we all go mad for them season after season. Across the double there were 5 goals and an assist for Kane, 3 goals and an assist for Sanchez, and 2 goals and an assist for Jesus. With bonus, owning these 3 BIG guns meant a minimum of 77 points, and that’s without captaincy. Just 3 players, a minimum of 77 points.

Harry Kane – 31 points. Remember this, perfect for anecdotes with your fantasy friends for many years to come.

And that Leicester v Spurs match came to be the decider in one of our own prizes, Best Gameweek Score. As the last match in the double gameweek, the highest scores going in were Lester Deeble (4th) with 163 points and Donald Macauley (15th) with 165. Little did we know that Matt Reid (3rd) was about to launch a spectacular attack for the prize with Kane, Son and Alli all playing in the final match. Every action in the match counted, with Don reliant on Spurs clean sheets or Leicester attacking returns, yet Matt started rising up off of differential Son’s points (19). It wasn’t until Kane’s 2nd, 3rd and then 4th goals that the balance was brought back to Lester, and the realisation that Son’s points would not be enough now for Matt. Those are some serious scores. 192 for Lester, and 191 for Matt. Fair play to you both, and its particularly apt that they now sit in 3rd and 4th place in the league.

On that note Nick Johns (1st) bench boosted for 164 points and Sean Colohan (2nd) triple captained Jesus for 151 points. This means the gap at the top has extended to a round 50 points and likely means that Nick is out of Coolers reach for the final gameweek. Guys, I am currently working out a list of GW38 funny punts so if you get in touch quick I’m happy to suggest a bonkers transfer for you. Actually I’ll just do it here.

How about Rondon? Goalfest at Swansea because neither team care and just want to have fun. I thought Salmon looked semi-threatening the other night.

Or how about JT? You love him. Last match ever for CFC, Conte has said that he is keeping it a surprise whether Terry will start on Sunday or not, but if he does, it could be epic.

*Please note – these are not serious recommendations for those chasing points, they are ‘funny’ punts*

Dan McBrearty, (22nd), also had a blinder this gameweek, with 178 points. Lester and Matt had both captained Jesus with strong bench boosts, although Dan’s bb had the slightly stronger Sanchez captain, and was also carrying Jesus and Kane. Gabbiadini (0) must have been a killer for Dan, (0) points on a double gameweek is upsetting, the penalty surely a sure thing. Surely? 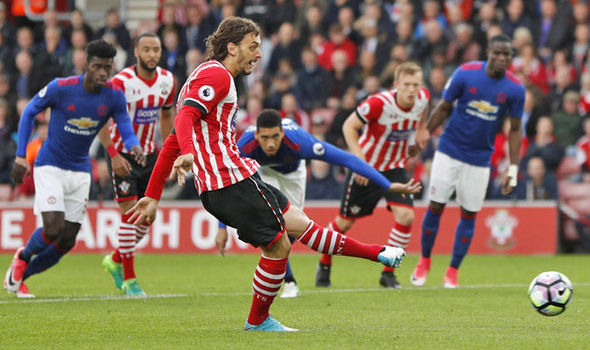 Top of the Triple Captains was Josh Kelly (26th) (what happened to Loz?). Josh TC’d Jesus for a healthy 177 points with golden boys Kane and Sanchez, as well as Son, Capoue, Alonso and Stephens. Josh was among the victims of Chelsea’s success, with Costa and Hazard producing no returns across the two matches, although he will I’m sure take solace as a Chelsea supporter!

Now this is funny. And unexpected. Josh still has his bench boost. What the hell are you planning Josh? Please see my list above for great final gw punts 😉

Damien O’Neill (34th) and Donald Macauley both scored well with 176 point bench boosts. Robert Simpson (23rd) gives us a decent example of a chipless score, achieving 175 from a strong first 11 including KDB, Ozil and Davies as well as the BIG 3. Robert was one of 5 scores in excess of 150 points scored without a chip (in our league), and we’re still finding it difficult to work out exactly which of the chips is more effective, especially with these mixed results on a double gameweek. 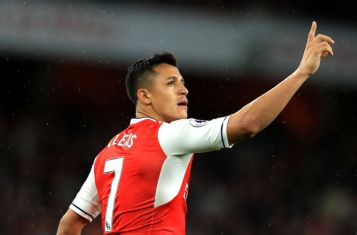 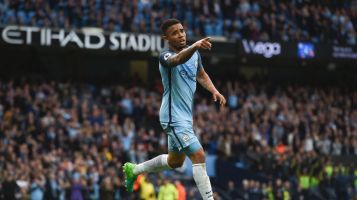 There were no Kane triple captains in our league, and it would be interesting to see how much a stellar triple captain could exceed a bench boost score. For two seasons in a row, the BIG double gameweeks have been all about BIG hitters, last season Aguero and Sanchez, this season Kane, Jesus, and Sanchez. Like any gameweek, success in the double is firstly about picking the best scoring players, and with a bit of luck thrown in too, the chips certainly make that task a lot easier. It’s notable that Coutinho (19) was in so few teams for the double, and Azpilicueta (20) also proved golden for a few of us. Anyway, we can all look forward to next season and a chance to wield these badboys again, and there will surely be stories of joy and woe to accompany. 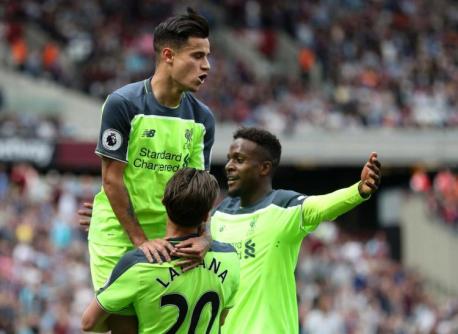 Now fortunately we’re gonna save blushes this week as not a single person in the Top 50 scored less than average? That’s right, the lowest score finishing on Page 1 is 37th placed David Pegg‘s 99 and the overall average was 81. So what does that mean? I think it might mean that a few of our below average scores might have slipped off Page 1, and that is sure to be punishing enough. Back over to you Chris.

Thanks Pete. So we have one more step to climb before reaching the top of the mountain that is this season. What’s next? Well luckily for all of you it is party time soon. Check out the End of season Do update with all the latest information and let us know if you can join us on the 3rd June for the Champions League Final!

That was BIG, until next time, look after your teams and each other, for very soon it will all be over. The FFUK Champion will decided on Sunday!