Welcome to the GW24 REVIEW – MISSING

Why Missing? Other than a ffuking good excuse to use the Everything But The Girl classic track this is because I am over in Germany missing all the Premier League action and for those of us without a certain Argentinean Striker we missed out on a bucket load of points.

Sergio Aguero (17) rolled back the years with a hatrick (although the first goal was slightly fortuitous and it certainly can be argued that he does not look quite the player he did in previous seasons) along with the inevitable max bonus to become the joint top scoring player of GW24 with Chelsea’s Victor Moses (17) who’s goal, assist, clean sheet and max bonus returned his best score so far this season. Did anyone own both of these top scorers? If so they didn’t miss anything.

Next best was another Chelsea star Eden Hazard (16), who returned to form just when people were getting rid of the Belgian wizard, scoring a beautiful brace and 2BPS in the 4-0 demolition of Brighton in the early kick off. Another man who scored big was Arsenal’s Nacho Monreal (16) who managed a goal, 2 assists and max bonus in the opening 33 minutes of the game before going off with an minor-injury, very impressive! 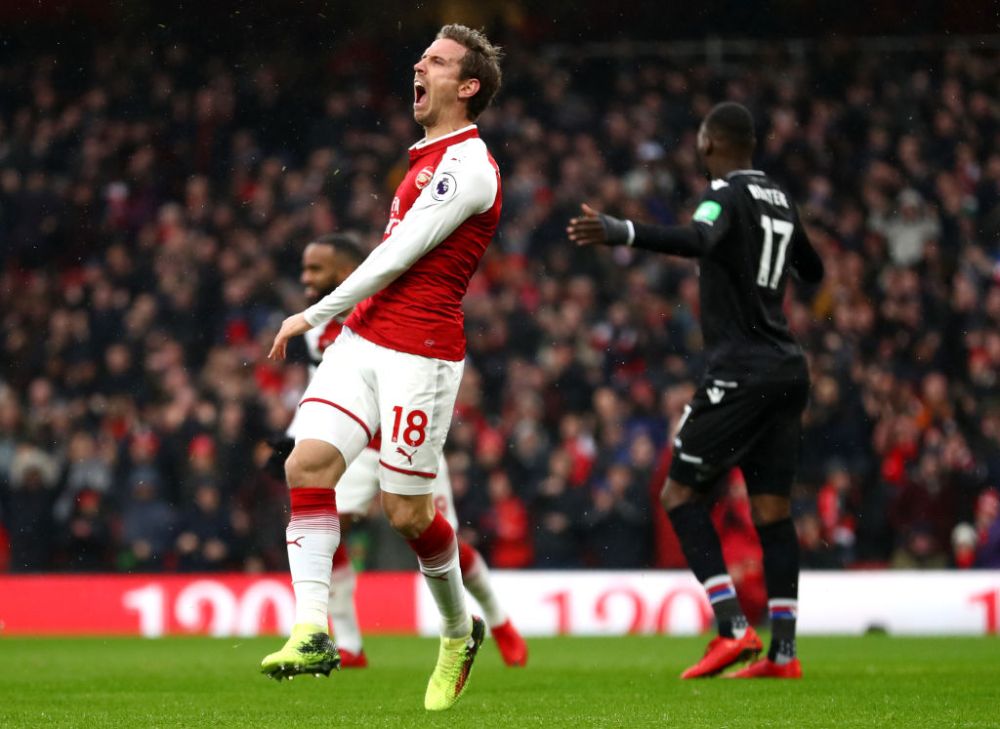 I cant imagine many of you went big on Swansea defenders this week as they hosted a Liverpool side who had just beaten City. In fact most of us were loaded up on Reds with this MNF fixture in mind. Salah (2), Mane (2) and Firmino (2) all stuttered and the Premier League once again provided a surprise result. Good for the competition, less so for our fantasy teams. In fact Swansea have done well against Klopp’s lot in the last couple of years. Step forward Alfie Mawson (15) who scored and Federico Fernandez (11) who assisted but both were at the heart of a defence that shut out the Scousers impressively in a 1-0 victory. 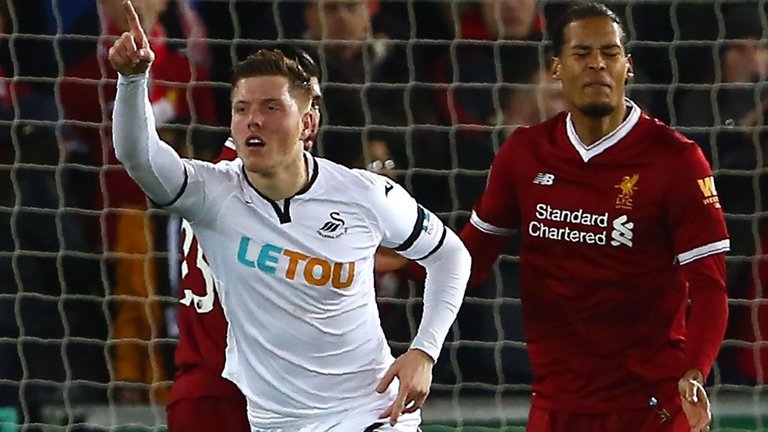 Speaking of which were just 5 clean sheets over the weekend so you had to own defensive assets from Chelsea, Man United, Leicester, Stoke and Swansea if you wanted points at that end of the pitch.

With that lets move onto the FFUK league and see how this all affected the table.

No change at the top but the gap is closing. Jamie Stewart (1st) retains his position at the summit, with Dan McBrearty (2nd) not far behind.

But it is a bit further down the top 10 where it gets interesting. Mark Leatham (7th) only went and played his triple captain chip on Aguero (17 x 3), apparently to save his cup match! 51 points is a pretty ffuking impressive return and as good as it gets in a single gameweek, he ended up with 86 points (2nd highest in the league this week) with the only other real highlights being Jones (9) and Kane (8). Leafy cements himself firmly amongst the elite with that move, can he now use this as a springboard and maybe even bother the top two? Someone needs to before they pull away again.

For the top score this week we have to go down to the FFUK “Grassroots” and there we find Jason Beal (136th) who also threw down his triple captain chip on Aguero (17 x 3). What’s more Bealer owned a certain Eden Hazard (16) which meant an eye watering score of 89 points. Well played Bealer – What a Hero! Below is a (safe for work) picture of him and young Tom Page Chatton (210th) who both play for Shaftesbury FC – different age groups though 😉

However it doesnt always work out so well with the triple captaincy chip. Just ask John Isaac (33rd) who used his on Salah (2 x 3). Both seemingly great options but with very different outcomes. 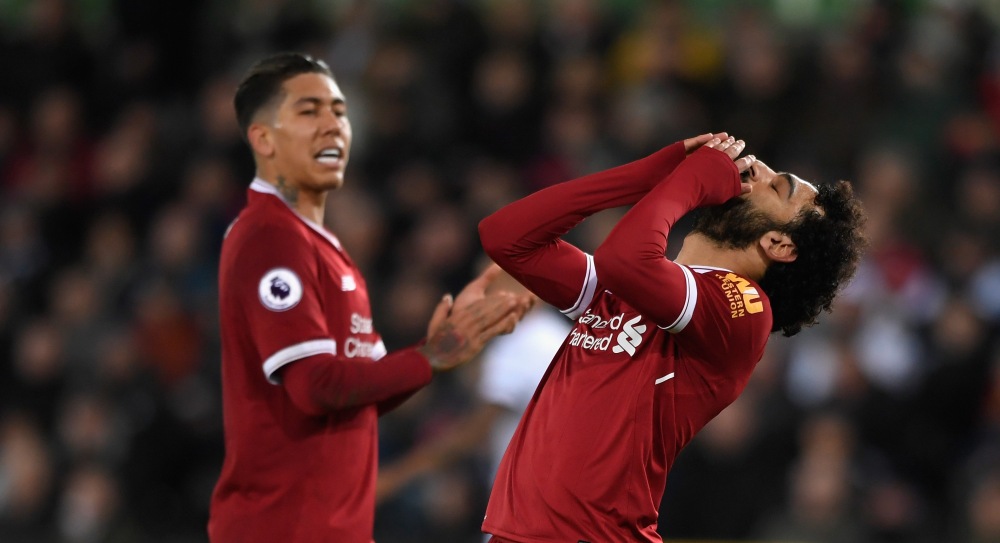 The FPL average this week was 50 whereas the FFUK average was 53.9. Not much in it.

We already know Bealer is our no. 1 Hero this week but lets check out some others who rose higher than anyone else. These guys missed nothing:

In the interest of fairness it is only right that we now turn our attention to the biggest fallers. These guys are all missing something, mainly points!

As you can see below it is getting extremely tight in the Conts mini league. However after scraping through the last couple of weeks it was time up for Yabah Turnbull (126th) who mustered just 47 points and bows out. Daron Russell (28th) also finished on 47 points but his higher overall rank means he survives for another week at least! Yabah says its the end of his season but I hope that isn’t the case, as otherwise that means my season ended a long time ago – there is always something to play for and when that moment ends then you begin experimenting/preparing for next season I guess. Pete has done the honours and just 14 remain! Who will be next to go?

As always thanks for reading, the next gameweek sees the climax of this months cup ties. In my own battle I am now down 7 points to Mike Cowans-Kebby (50th) after Christensen (1) only managed 57 mins before going off and MISSING out on the clean sheet which Rudiger (6) earnt. Frustrating doesn’t even begin to describe it and Christensen has been a constant source of fantasy frustration recently MISSING out on all of Chelsea’s clean sheets whilst I have had other priorities to sort. So I need to do something bold and brave to turn around this tie. Perhaps I will lay down a chip of my own. Something that Pete Cronin (55th) did to great effect last season on his way to winning the FFUK Cup. Speaking of Pete he will be back soon with a CUPDATE

Until then we have the January transfer window to keep us occupied and some FA Cup shenanigans which could get in the way or provide alternative relief depending on your position. Dont MISS out on anything by joining the FFUK Facebook Group and keep up to date with all the latest news and views, although if you want something more “in your face” and round the clock then come and join us in the WhatsApp group! Watch out for next week’s GW25 review by someone