Welcome to the GW5 REVIEW – HAZARD

This week the review is all about one man. A beautiful man. His form has been bubbling up since the World Cup and Sarri eased him in gently in the early weeks. But with returns in every appearance so far the bubbles came to a boil on Saturday. Top scorer in the game now and top scorer for GW5 is Chelsea’s Eden Hazard.

Fortunately this means we get another classic for the tune of the week, with the added bonus it is one of Pete’s personal favourites. I think its a bit cheesey but he convinced me it was the right choice, eventually. Richard Marx was way ahead of his time with this one. It’s HAZARD. The lyrics are a little off and the writer clearly has some issues with women but I fear, like the songwriter, we are now veering away from the subject in hand. I blame the international break.

We were desperate for the return of domestic action and it didn’t disappoint. Well I guess that depends who you had in your team. More on that later. I may have bought Hazard (20) in for Salah (2) pre deadline hence the positivity 😉

Let’s check out the GW5 Dream Team, how many of these boys were in your squad? Of course we know the main man, Hazard (20), smashed it with his hatrick and the inevitable max bonus against Cardiff. The bluebirds look well placed to be this season’s whipping boys. Yet one man pushed him close proving that size isn’t important, what you do with that size is what matters. Ryan Fraser (18) used his to score a brace along with an assist and a couple of bonus as Bournemouth battered Leicester. If you had either of these the weekend went well for you I imagine. If you owned both you were in dream land. Bournemouth provided plenty of options this week as old favorite Josh King (11) also earnt a spot in the Dream Team.

West Ham’s new boy Yarmolenko (13) scored a brace (one of which was a delicious curling effort) in a long awaited win against Everton but their main man Arnie (12) reminded us of his prowess with a goal, assist and max bonus before limping off down the tunnel. Classic Arnie. Will he be back next week? Many will have an eye on him or one of his new colleagues when the hammers fixtures eventually ease.

At the back the names were slightly more unfamiliar, not one of the holy trinity of left backs in sight. Time change fast in this game. Are Doherty (12), Duffy (12) and Smalling (10) the new holy trinity? I am going to go out on a limb and say no but who can be certain?

All of this meant plenty of movement in the FFUK league. Lets investigate…

We have a new leader! Congratulations to our very own Mr Side Games aka Snow Patrol aka Tim McEwan (1st) who tops the table. 76 points was just enough to overtake previous leader Lawrence Sprigings (2nd) who could only manage 67 in return. How did he do it?

As we can see below Tim was one of an eye popping 156 FFUKers who went with Aguero (7 x 2) captain. A solid choice although we all now face a nervous wait after he went off with a heel injury just after half time. Fortunately he had already returned a couple of assists before he left the field of play. Of course Hazard (20) was the star for our new kingpin but there were also points from Silva (11), Zaha (7), Hennessey (6) and Bennett (6). He didn’t even need the points from AWB (9) who is still sitting on his bench. That is some impressive depth right there.

Top scorer in the Top 10 was my old nemesis Neil Stewart (5th) with a whopping 87 points scored. Ominous signs for the rest of us and even more worrying is the sight of another former league winner Nick Johns (4th) in the upper echelons with his fresh wildcard side. It looks like Tim and Lawrence have some serious competition on their coat-tails.

However one man soared higher than the rest this week. This Liverpool fan has been focusing on grassroots fantasy football for some time now but with many more scores like this he will be more champions league than pub league. Massive congrats to Duncan Hannigan (64th) for his epic 96 scored just a week after wildcarding. Aguero (7 x 2) captain plus Hazard (20), Fraser (18), Firmino (9), AWB (9), Maddison (8), TAA (8) and Ederson (7) all combined to ensure he was the best of the best for GW5. The quizmaster certainly had all the answers this week!

At the other end of the scale Richard Willis Hutchinson (44th) low scored on page 1 with just 36 points scored. Aguero (7 x 2) was as good as it got for RWH. Still he remains on page 1 so all hope is not lost. Yet. 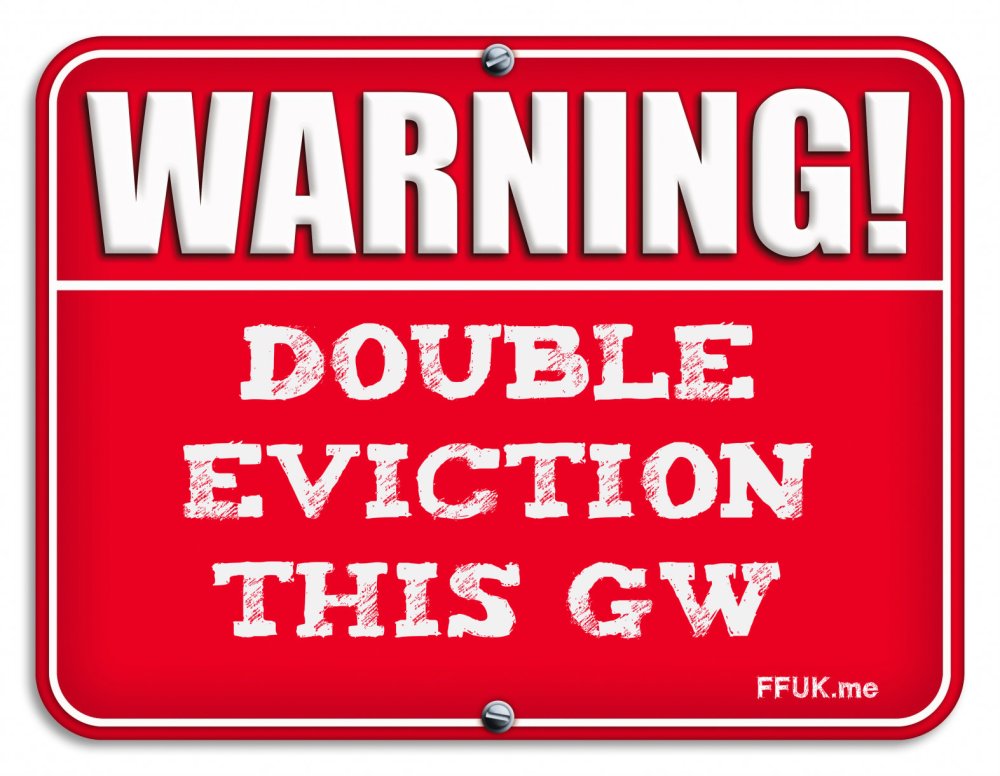 MNF meant we were all aware in the WhatsApp group of the state of play thanks to Statto Steve giving us the run down. Matt Page Chatton, Jason Beale, James Page-Chatton, Danny Finnigan and Eoin Reynolds were all in the danger zone.

Jason was relying on Cedric to pull off a miracle and the Southampton full back, but the moment Brighton scored and Cedric was booked it looked like Bealer was doomed.

MPC needed Danny Ings to save him and despite his goal and solitary bonus point it wasnt quite enough. After a good start to the season this was a poor week but this happens to the best of us and I am sure Matt will be back stronger than ever before long!

Therefore this weeks pair of unfortunate evictees are Jason Beale with 36 and Matt Page-Chatton with 38 scored. Unlucky guys I have removed you both from the CONTS mini league.

42 now remain and we will have another double eviction next week. Watch out!

If you havent heard already the prize money for FFUK this season has been announced. Check out the PRIZES PAGE on this site for all the info.

We have also just emailed out the FFUK team regarding posts on the site and videos so expect news on those very soon. If you fancy trying your hand at writing something we would love to get you on board. Can be about anything, serious stat based analysis or just a good old rant. Perhaps you think your skills would be better suited to a video. You are in luck as we are planning to get MEET THE FFUKERs up and running again next week and will make them a regular event if there is demand so again get in touch if you are keen!

Finally, I know Pete has had a tough start to this season and needs a break so he is currently booked in for a few days at the Wildcard Wonderland. Lets hope he gets the right combination of holy trinities and bargain basements, of course myself and the rest of the WhatsApp group are always on hand to help if required.

That is it for another gameweek, as always thanks for reading. I will leave you with a special DJ EDEN HAZARD video. He goes hard. Apparently.