Ladies and Gentlemen, welcome to the GW11 review. The Top Man, Mr Chris Galloway (22nd) is drinking pils with frauleins this week in GERMANY so the enjoyable task of the GW11 review falls to me, Pete Cronin (124th).

Now I haven’t had the best of starts to the season and I realise that some of you out there are pretty worried about this – am I ok? but what’s really going on? are we all in trouble or is it just Pete?

Everything is fine, I actually always have a rubbish start to the season while I am feeling my way into the game, this time round is no different.

FFS since when did Maddison have a red flag??? What an absolute ________. On Sunday I could have done a straight swap to Richarlison. Maddison is home to Burnley this weekend while is Richarlison away to Chelsea and Maddison’s stats are actually really good. On Sunday Richie was due to rise by £0.1 and Maddison drop by £0.1m. So now I have a red flagged ____) I can’t shift. F*jK! bug**rcFGTHead. or put simply – FFUK. As I say, I’m just feeling my way into the season. It’s all a bit of a blur. 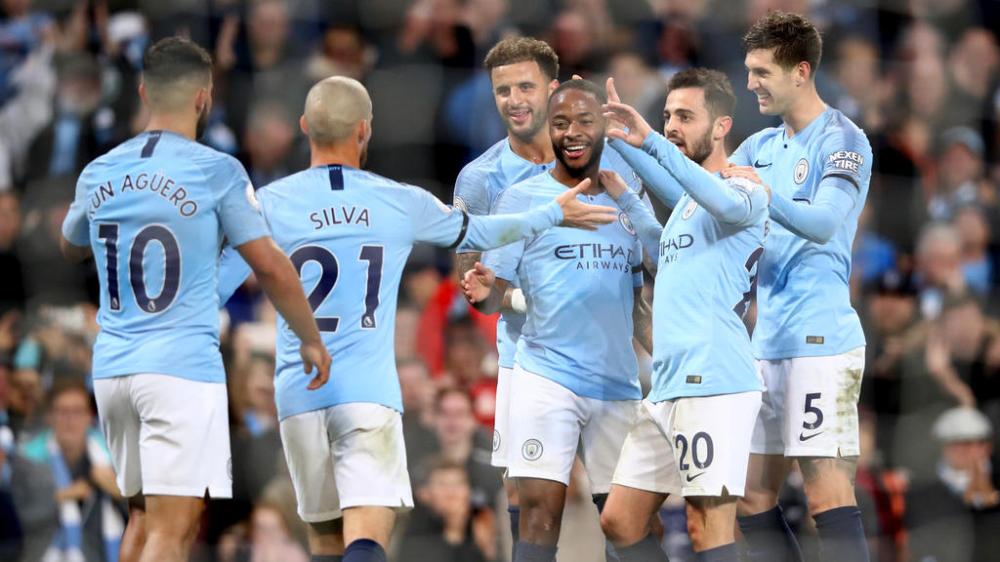 Last GW was a decent gameweek all round, with only the Liverpool boys really letting us down (unless you own Milner?) The ultra reliable City dished out decent returns from Aguero, Sterling, Silva and Sane (anyone own him?), it was just a shame they couldn’t give us a clean sheet too. Sterling was Top Boy with a hefty 21 point return but my Top Man this gameweek was Sergio Aguero with a goal and 2 assists for a solid 13 points, a decent score from a reliable captain. Not a stellar return but after last season’s difficult start, Aguero seems to be nailed in Pep’s league side and is becoming seriously reliable, having returned in every match this season except for Arsenal, Wolves, Liverpool, and Spurs, all away games.  T.O.P.M.A.N.

But he wasn’t the only Top Man this weekend, with Richarlison (15) in particular impressing. Arnie (12) also came up with the points while Chelsea assists delivered sensible earnings for Alonso (6) and Hazard (4). Wilson’s (7) points were welcomed by many, as well as Kane and Trippier for Spurs getting amongst it while Wolfman Jiminez was sat on my bench. 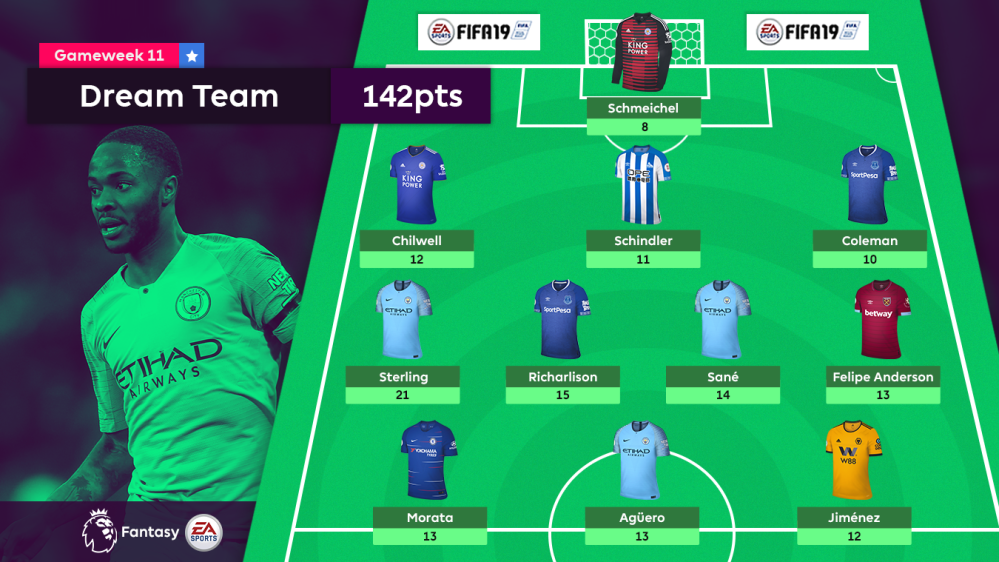 SCOUT: None of the 26 most-owned #FPL defenders of GW11 registered a clean sheet

SCOUT: Raheem Sterling’s 21-point haul is the highest Gameweek score of this season

SCOUT: Marcos Alonso has seven #FPL assists to his name in 2018/19 – no defender recorded more in the whole of last season

So what did this mean for the league?

Top Toffee Man Mark Ford (1st) continues to show us all how its done with a solid 65 points this week. Alex Sadlier (8th) stormed into the Top 10 this week at the expense of Jordan Davison (11th). Alex pulled out his Free Hit (why the FFUK not) and came away with 101 points. As a Chelsea fan I am still slightly unsettled by Alex putting Morata in as this level of luck/genius/psychosis can only be something other-worldly. Still, Halloween has passed and so it must be that Morata has hit some form…. Did you just hear that voice?

Bloody Toffee’s everywhere, it’s like a Thursday night fight in a Liverpool pub. Former FFUK Champion Nick Johns (3rd) sits comfortably near the top of the league and this TOP MAN has form. The first man I ever stalked Tim McEwan (4th) is also experiencing a revival this season and he also has form (its just that like Everton it was so long ago that no one remembers).

Matt Reid (23th) completes my  FFUK love round up with his century this week. Reidy loves a gamble and this week put the armband on Sterling while everyone else went for Sergio. This proved to be the right move of course and was backed up with points from Richie, Arnie, Hazzie, and Alonso-ie? Anyway, he did good.

Another week in the Conts means another eviction. Which Cont this week I hear you say, as some Cont has to go, yes they do. A quick look at The Conts League  shows that there wasn’t much competition this gameweek, with Jake Walker (211th) having an absolute horror with just 33 points scored after a suicidal -12. Some might call that 21 for the week (I’ve been there). Jake took out Sane and Aguero out of seeming desperation to bring Salah in v Arsenal which just shows you that things can always get worse. It’s a real FFUKer this game. Don’t worry though Jake, you have just won my TOP CONT for the season prize and I’ll do whatever I can to help you get better. Unfortunately I am also doing shit though so please don’t expect too much, call it moral support if you want. Hit to get Sane back in?

And that’s it from me, I’m off for more coffee and tv. TOP MAN Chris Galloway will be back next gameweek before we embark on our final international break until March!

For anyone who missed it do have a look at my recent CUP FIXTURES RELEASED! post, and watch out for the FFUK Cup draw coming soon.

As always, be good to yourselves, and each FFUKer. 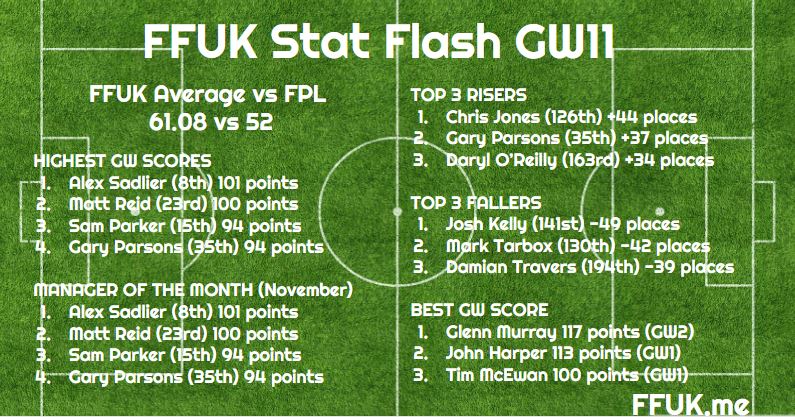