Welcome to the GW17 REVIEW – THROUGH THE WIRE

Almost half way through the season. It has been a rocky ride so far. But we have all made it through to this point. Pat yourself on the back for that. As always in this game we are thrown curve-balls with what seems like alarming regularity. Still so much is up in the air and it seems like every week there is a new must have premium pick and a new high scoring player to covet.

Speaking of curve-balls the tune of the week is Kanye’s 2004 classic Through The Wire. The definition of this phrase definitely describes the game we play and love/hate.

“to go through hell and at times feel like there is no hope but ..somehow and some way persevere …to go through the wire”

Which players this week went Through The Wire for their teams?

A few unfamiliar names make it into this week’s Dream Team. The highest scoring players were Mkhitaryan (14) and Shaqiri (14) who both banged a brace against Saints and Man Utd respectively. Yet both are not nailed on and therefore its hard to bring these sort of players in. It just doesn’t work having players that are in and out. We have enough of that with our City assets.

Up top no-one in their right mind would own both of this week’s top scoring duo of Ings (13) and Jesus (13). The Southampton front man at 5.4 is of particular interest going forward though especially for those trying to create some funds to allow the big names.

In midfield there were more 13s, not so unlucky for their owners. Deulofeu (13) and Hazard (13) are again from opposite ends of the price scale but both delivered with a goal, assist and max bonus this week. Hazard in particular is reminding all those who sold him recently just how good he is and with the fixtures to come he could well rub salt in his old owners wounds. How about a bit of a bargain? West Ham’s Snoddy (11) looks back to his best under Pellegrini, can he keep defying his price with the Hammer’s upcoming fixtures. His GK Fabianski (9) finally got a clean sheet to add to his customary save points and that meant bonus too. 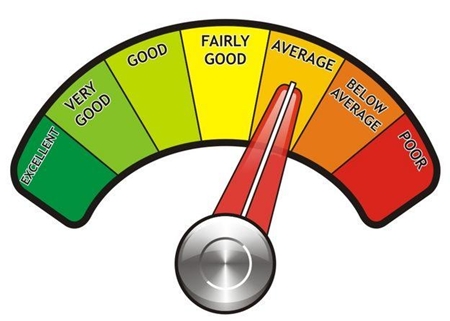 Average this week overall was 43 points. Average for the Top 1k was 52 points. How did you get on? 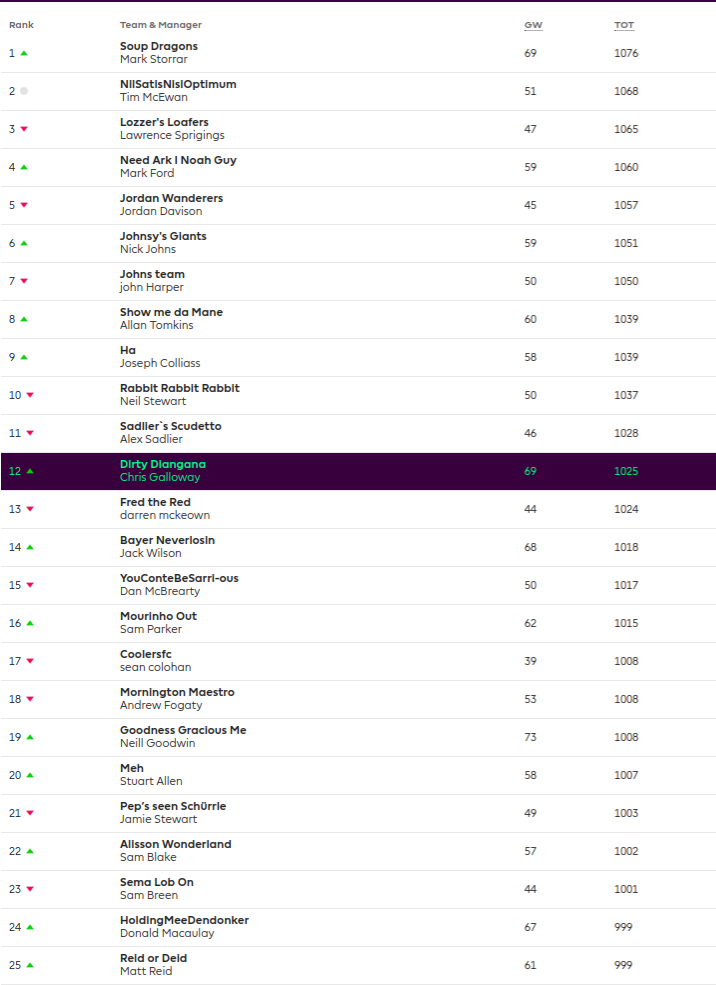 We have a new leader. Congratulations to Mark Storrar (1st) who reached top spot largely thanks to his captain pick of Hazard (2 x 13) – he was one of just 19 FFUKers to give the armband to Haz helping him to outscore the rest of the top 10. Haz is now the top scorer in the game, this keeps changing each week at the moment!

Up front Jiminez (9) and Hernandez (5) did the business for the Soup Dragons whilst in midfield Felipe (6) kept things ticking over. At the back Bennett (6) and Fabianski (9) kept it tight. Mark is now up to 10k in the world and is the envy of FFUKers everywhere. Can he stay number one for xmas? 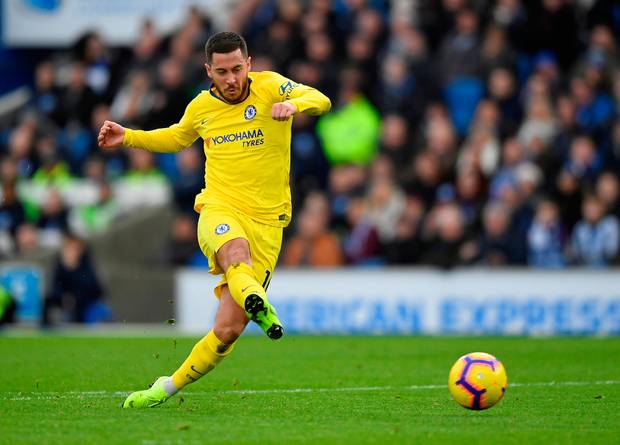 The top scorer this week though is David Lambert (56th) with 78 points. Another who captained Hazard (2 x 13) for his haul which in hindsight looks so obvious! Elsewhere David earnt points from Ings (13), Mane (9), Felipe (6), Zab (6), AWB (6) and Bennett (6). Ings and Zab came in as autosubs which shows the importance of a decent bench especially with the flurry of festive fixtures coming our way! Congrats Dave!

At the other end of the scale spare a xmas thought for Alexander Thomas (47th) with just 26 points scored. Only the Doc (6) returned any score at all for Firmino’s Teeth. Ouch. Chin up Alex, its almost Xmas, comfort yourself with a large portion of christmas pudding.

In the CONTS mini league this week there is another single eviction. With the gameweek ending on Sunday we didn’t have the time to prepare an update with who was at risk. Sometimes it goes like that. That meant a lot of FFUKers looking nervously over their shoulder as the 4pm game unfolded then a frantic check at full time to see how bad it had got.

Surviving by the narrowest of margins are Alex Kassner & Robert Browne with 38 points, Tom Stacey with 40 and Paul Browne with 41. That left Jimmy Spence back on 36 points which means he has to go. Jimmy is one of Statto Steve’s best mates, his best man in fact so I know he is sad to see him go, so sad that in fact he offered to remove him from the league himself. Don’t worry Steve I have done the honours. Perhaps you can console Jimmy in his time of need, don’t want him too upset at this time of year.

Just 25 left. Another single eviction again next week. You don’t want to be the one that gets kicked out at Xmas. 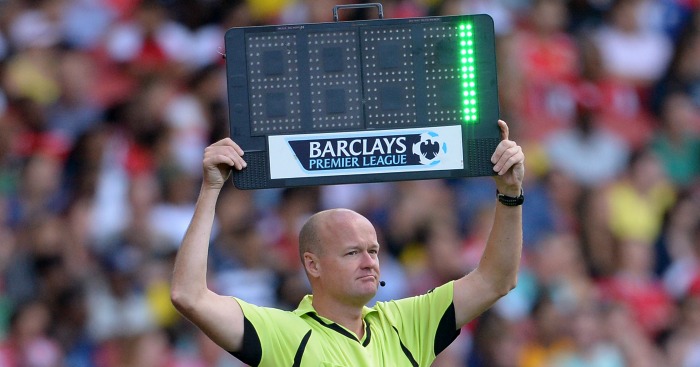 Into injury time and we are so close to Xmas now, you can smell the mulled wine and mince pies. That means a feast of football coming our way. So many games almost every day.

Remember to keep an eye on your FFUK Cup or Milk Plate opponent too, check out all the info on the relevant pages on this site! All these ties are going down to the wire, 2 more gameweeks left, all to play for!

Get in touch if you fancy getting involved writing a post or perhaps you fancy joining us for a xmas video?

That’s it for this week. As always thanks for reading and remember – Look after yourself and each FFUKer!