Welcome to the GW27 REVIEW – GET IT TOGETHER

Another blank GW has been and gone and for those owning too many Man City, Chelsea, Brighton or Everton assets it wasn’t going to be plain sailing.

With 2 games on Friday night it all started early. My only interest was Felipe Anderson (2) who did FFUK all in beating Fulham 3-1. But it was the other game that got the fantasy juices flowing. Watford smashed Cardiff 5-1 and there were points all over the place. I was bitter but I don’t know why as none were particularly on my radar. Saturday didn’t go much better for me personally and that left everything down to Super Sunday. This game can seriously get to you, I was away in Germany all weekend and everytime I checked the scores there were points for those I didn’t own. I tried not to think about it but when the team news came through on Sunday that Auba (1) was benched I was fuming. On more than once occasion over the weekend I had to tell myself to “GET IT TOGETHER”. It’s only a FFUKing game!

So this week’s theme is the Beastie Boys classic GET IT TOGETHER. Times like these I like to pull out a personal favourite and for me it doesn’t get much better than this. Listening now all my fantasy troubles fade away, in the end I had a decent GW which really goes to show you shouldn’t panic until the GW finishes.

Deulofeu (23) was the player of the week after his hatrick and assist in the friday night game. In fact he is the highest scoring player in an GW so far this season. If you had him then fair play to you but this was his first goal since GW18 so I hope you only got him recently 😉 His colleague Deeney (15) also got involved bagging a brace. Actually no-one beat these two this time. Anyone own both?

As you can see this was not a good week for the big names, arguably other than Robbo (8) and Alisson (10) none of the above feature in many of our sides. So let us see how all this affected the FFUK league. 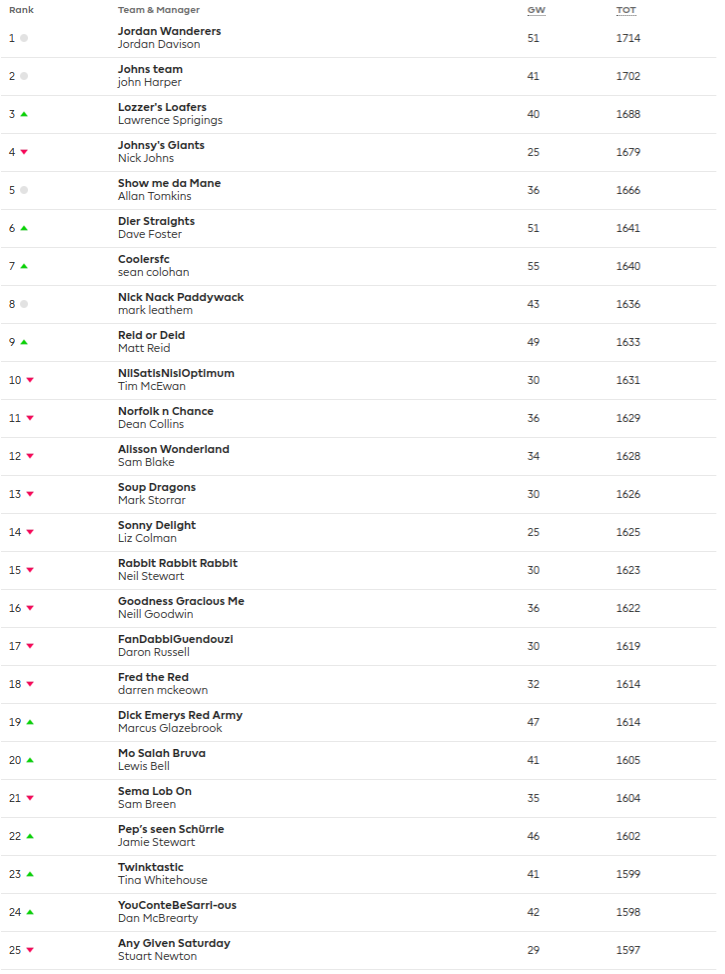 No change at the top as Jordan Davison (1st) holds on to top spot after scoring 51 points. For some reason the top 2 both captained Felipe Anderson (2 x 2) which seemed a strange one but perhaps it was the week to punt as none of the top picks returned. In reality it was Jordan’s defence that worked for him as Robbo (8), Kola (8), Doc (5) and Schar (6) all did the business.

Best score in the top 10 goes to Sean Colohan (7th) with 55 scored. In a low scoring week Coolers took a punt on his captain and was one of only 4 FFUKers to give the armband to Rondon (12 x 2) and the big Venezuelan certainly delivered. Incredible foresight and it’s perhaps a timely reminder that we should “Always Listen To Coolers”

Nick Johns (4th) was at the opposite end of things scoring just 25 showing us all that even former league winner’s suffer. This can be a cruel game at times. 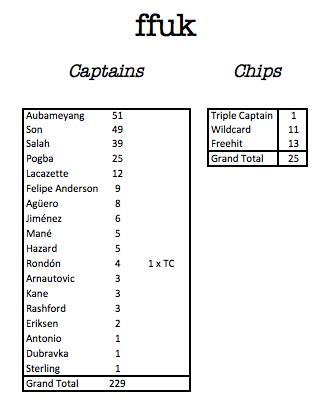 For the best scores we have to delve a little deeper. Congratulations to Mark Ford (30th) who top scored this week with 68 points. As we know by now captain picks are so important in this game and Fordy got it right this time going with Laca (7 x 2). One of only 12 FFUKers to do so. Perhaps more importantly he also owned the top scoring player of any GW this season Deulofeu (23). Best supporting actor nominations also went to VVD (7), Batman (7) and even Ashley Young (5).

Next best was Ashley Cox (71st) with 67. Ashley went for the more popular captain pick of Son (2 x 2) but his supporting cast was even better. Obviously Deulofeu (23) was the star turn but his defence of Kola (8), Doc (5) and Lascelles (6) also shone. In fact Ashley didn’t even need a GK this week as his man Ederson (0) missed out. 10 men, no problem.

One man did something incredible this week. Using his TC on Salomon Rondon (12 x 3) takes balls of steel but clearly Ahmed El Kalagy (185th) has no fear in laying down a chip on the big man. Even with just 10 players fielded he still scored a more than respectable 63 points. 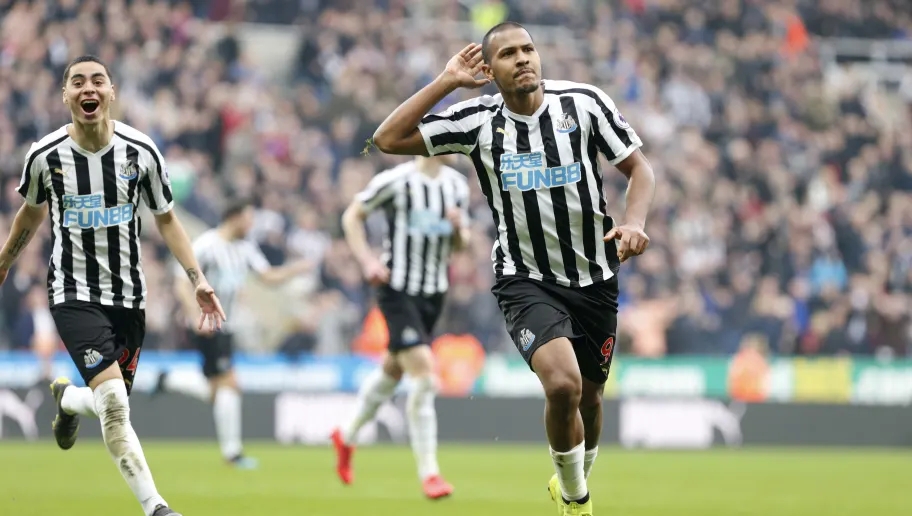 At the other end of the scale there are plenty from the lower echelons who struggled this week, either not aware of the blank or they have thrown the towel in for this season. But apart from the aforementioned Nick Johns there were a couple of others from the business end of the league who had a bit of a nightmare this week. You have to feel for Liz Colman (14th) and Andy Jackson (41st) who both could only manage 25 points. Liz went for Salah (3 x 2) captain but could only field 9 players and those she fielded didn’t really do her any favours. For Andy it was even worse as he could only field 7 players and his captain Pogba (3 x 2) didnt exactly pull up any trees either.

After my departure last week I have to admit it is strange looking in from the outside. I am sure like all other who have been evicted we would all love to be back in the CONTS mini league as it gets to the business end but it was not to be. So like me all we can do is pick a FFUKer and watch their progress.

In a low scoring week it was always going to be a close call, a bonus or a save point could make all the difference and so it was. Statto Steve gave us the run down on Sunday morning and it looked like last season’s King Cont Daron Russell and former league champ Neil Stewart were going to be involved in the final tussle.

In the end it was close. So close. Couldnt have been any closer. Both Neil and Daz scored a miserable 30 points. It went down to overall rank. And with that last season’s CONTS winner is evicted for the very first time. Steve has now removed Daz from the CONTS league, fortunately you are still well placed overall so can concentrate on the league etc.

There is only one more double eviction and that comes in GW31! But for now just 12 remain, which of the dirty dozen will be next to go?

As another Jamie Stewart look-a-like raises the injury time board we know that we are nearing the end of the review….

For those of you left in the cup the impending GW28 completes this month’s fixtures. Good luck to all those involved and Pete will be back with another cupdate soon so watch out for that.

As always thanks for reading and remember – look after yourself and each FFUKer.