Choosing a good captain, is, I think is the most integral part of team selection each week. Did you notice how I said ‘good’ and not the best or highest scoring? If you did, ‘good’ spot!! Park that thought, sit back and read this ‘balanced’ article!

A ‘good’ pick can have a hugely positive effect on both your overall weekly score and general wellbeing. Conversely; a thoughtless, luckless, misfortunate, drunken* selection can make your score look pitiful and leave you feeling suicidal!

This was the most talked about and pivotal decision in the last Game Week (7), which turned into the Kane vs. Lukaku Captain-Battle! Those who ‘chose’ Kane claim the victory and are now both higher in the league-table and smugger in disposition!!

It feels so good to get it right, doesn’t it, fellow ‘Kaners’!!

I’m not going to write anything revolutionary, there isn’t unfortunately a ‘simple’ answer. I’ll attempt and reinstate sound judgement and sensible decision making. I’m merely trying to steady your frantic FFUKing mind and reset it to common sense, so you don’t pick Alonso as captain in Game Week 4, as Pete ‘Pdiddy’ Cronin did and score 2 points (doubled to 4) – a regrettable and easily avoidable decision!!

I’ve read some ‘good’ Captain articles in the FFUK archives written by Paul Baker and Steve Cronin , which largely concluded that the ‘optimal’ captain pick was a midfielder, playing at home against a team in the bottom half of the table. Whilst being sound advice, it is sort of obvious, so why didn’t Steve tell his brother??!! Sorry Pete, I’ll stop ‘ragging’ on you, everyone does it; I could, but won’t name and shame others… so why do we all keep making ‘unwise’ captain picks?

As mentioned earlier, getting the top point’s scorer each week is both fanciful and improbable; the basis for selecting a ‘good’ captain must be realistic.

Ultimately you have two choices –

Go ‘off-piste’, i.e. pick a captain ‘differential’, which is both a high risk and high reward strategy; if it pays off, your score will likely be a lot higher than others and in this instance you’ll feel like a king amongst peasants, but this approach is more likely to fail and when it does you’ll look like a lunatic!

Or you can pick a ‘good’ captain.

If you do select a ‘good’ captain then one of two things will happen – you’ll get a healthy score (like most rational people) or you won’t, obvious yes, but if the latter happens you won’t lose too much ground and you won’t spend the rest of the week beating yourself up, questioning your sanity and decision-making processes!!

a) That doesn’t sound as much fun, and

You’re right (to a degree), but let’s consider some counsel from an esteemed counterpart…

In the article on last year’s winner – Nick Johns – Exclusive Interview, his advice was to have a few big players you can rely on for consistent points and to “very rarely take punts on random captains”.

He only went and won the FFUKing league, so disregard his advice at your peril, Mr Impulsive!!

Drawing on the conclusions in Steve and Paul’s aforementioned articles, I think we can conclude that selecting a goalie or defender for a captain isn’t recommendable, despite some defenders doing pretty darn well in the scoring stakes this year! So from here on in we’re only going to concentrate on midfielders and attackers.

If your captain appears in the Dream Team (overall team made up of the top scoring players) then you’ve done very well indeed!

So far this season, all midfield and attacking players in the Dream Team have scored double figures (with the exception of Ali, who in GW 3 scored 9 points), so the benchmark for a captain is circa 10 points.

The only players that have appeared in more than one Dream Team so far are: – Morata, David Silva, Sane, Lukaku, Richarlison and Salah, who have all been in it twice! So is selecting one of these big hitters currently a wise option?

Kane is even more unique – he’s has been in it thrice! Is Kane the obvious answer?

He has been fruitful scoring 13 points on three occasions; however, he has also been frustrating in equal measures, scoring less than 2 points on four occasions, which is mostly when Spurs are at home, oh and in August of course!

If we don’t want a yo-yo what do we want? 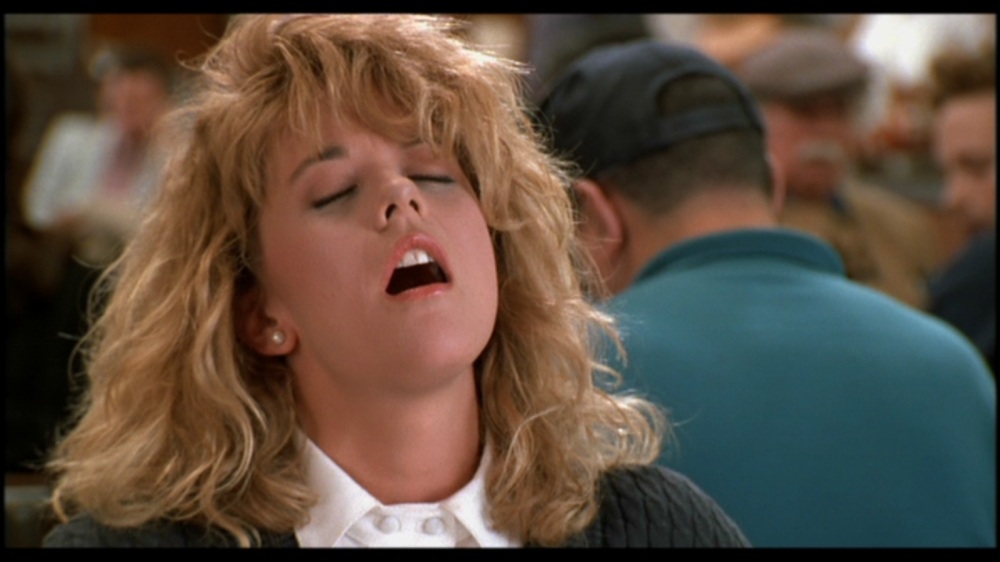 Where do we find this? Points Per Match (PPM) statistics, obviously! Let’s look at the top ten!

If we remove Goalkeepers, Defenders, injured (long-term) players and players who have played less than 5 games we find valuable stats.

Remember we were looking for circa 10 points for our captain, let’s now lower expectations to 8 (as an average score)!

Interestingly, the top three consistently high scorers are Attackers; furthermore, they’re four of the top five! The overall make up of the top ten is 5 Midfielders and 5 Attackers! Fascinating!!

So should we go for an Forward or Midfielder?

If we drill down on the consistency of these already consistent players, it becomes even more interesting (if you’re a stats geek that is!) All, except Eriksen have served up at least one weekly score of either 0, 1 or 2 points – that won’t do!

The most consistent weekly scorers, bearing in mind we’re now looking for an average of 8 ish points a week from our captain are: –

Lukaku, who has delivered 6 points or above every week, with the exception of the Leicester game (zero points), in which, if he had tucked away his penalty would have given him an impeccable weekly average! He’s delivered – 13, 6, 0, 6, 12, 7, 6. Very impressive!

So, one of those above must therefore be considered a ‘safe captain bet’, right? Not necessarily!

Based on their consistency you could even decide to pick one of these and captain them every week – you really could (Lukaku would have given you 100 points)! But don’t!! It’s better to have a pool of consistent players to share the captaincy around!

Let’s analyse even further and look at the likelihood of these players getting Bonus Points (Bps): –

All, except Salah and Jesus (twice) and Sterling (once) have accrued Bps on 3 occasions – high-fives all-round!! David Silva the recently shorn Spaniard however has picked up Bps 4 times – even better!

The top overall individual player accrual of Bps scored so far is 9, achieved by Kane. This is closely followed by Aguero, Morata, Lukaku and David Silva who all have 8 Bps.

Most of the players mentioned above are all currently Nailed On, which is of equal importance when selecting a captain. That said, if Pep Gaurdiola is your manager, you’re never entirely safe, are you Jesus / Sterling! I could hear the grumbles reverberating around the Whatsapp Group when Jesus was dropped for GW6; most had him as their Captain!! This then elevates the risk of Captaining Man City players – we don’t like risk or uncertainty!

This insecurity also surrounds (the recently injured) Aguero, the little Argentinian Enigma and FPL Legend! I’m not going into detail about him, no need – Pete did a ‘good’ article about him recently, read that!

From the number-crunching, critiquing and analysis of consistent players, there is one name that keeps popping up – LUKAKU!

You’re probably one of the 60% of (astute) people who have him in their team! He is most definitely the safest Captain choice, especially so, as Mourinho’s recently said he’s un-droppable, well at least until Ibra’s back!

As always, here comes a spanner!

We are only 7 games in, which in fairness, is almost a quarter of the season so a ‘good’ amount of time has elapsed to create a credible and meaningful evaluation on the state of play, but there are a few, yet to be named players who necessitate a mention.

Sanchez, Hazard, Coutinho and Mane, are all brilliant, dangerous, consistent and prolific scorers in both the real and Fantasy Football worlds! They’ve either been out injured, sulking, wanting away, or banned for practising Kung Fu! Keep a close ‘aye’ on them, a lack of game time meant they fell out of this analysis!

Before we finish, we’ve got to give Kane a final mention!

He’s awesome, we all know it, so much so, we’re all scared of not having him in our teams! The damage he can do is unquestionable, so why are we questioning him? Spurs have, despite their denial, a voodoo curse, jinx, phobia, call it what you want when playing their home games at Wembley. This for now makes him a risk!

Spurs’ next game is at home to the porous Bournemouth; an absolute ‘banker’ surely? Under ‘normal’ circumstances most people wouldn’t think twice about giving him the armband. I bet most of you are really unsure whether to make him Captain! I bet it is your primary thought / concern during the International break!! Why? Cos’ he’s only scored 5 FPL points (1, 2, 2) in Spurs three home games this season – aargh……!!!

You’re rightly scared!! Fill ya boots when he’s playing away from home, against a bottom-half team though!!

When picking a captain, conscious and careful consideration (alliteration ahoy!) must be given to: –

• The strength of the opposition (league position)
• Playing home or away (both summarised by Fixture Difficulty Rating)
• Likelihood of selection / rotation risk
• Form (last 3 games or so)
• Consistency (summarised by PPM stats)
• Probability of getting Bonus Points
• Midfielders and Attackers
• Whether they are a penalty taker
• Have they been mentioned in this article!

By doing all of this you put yourself in the strongest position to accrue Captain Points, STATISTICALLY!

… Or, you can just FFUK it; disregard common sense, measured stats and sound judgement and simply pick someone on a whim or hunch!

Let me know if it works by emailing me at russianroulette@chancer.com

One thought on “AYE AYE CAPTAIN”