Chris and Pete are away this week, so I’m filling in, like one of those weird supply teachers. Only I’m wise to your drawing-pin-on-my-chair antics, and at 3pm I’m out of here, never to be seen again. So do your worst!

The theme of this week’s review, after giving it all of, oooh, 30 seconds’ thought, could only be based on one man – Mohamed Salah (15).

The Egyptian King looks back to his best. Scoring, assisting and generally giving the impression that his shoulder-knack is a distant, Sergio Ramos-induced memory. I wish I’d took a hit to get him in.

Whilst matched in points by Mané (15) and Milivojevic (15), and surprisingly beaten by Ross Barkley (17), Salah was the man this week, and if you had him you could breathe easy. The best part of £13M well-spent, and safe in the knowledge that last year’s machine is back in business.

If you were also one of the 58 in the FFUK league to captain Mo for Liverpool’s 4-1 win against Cardiff, or especially the one FPL-oracle who rolled out their Triple Captain chip, then you are nothing less than an Egyptian Lover.

So, throw down your breakdancing mat, and pop ‘n’ lock to this classic from 1984.

Away from Salah, other notable scores in GW10 came from Callum Wilson (13) and Ryan Fraser (11), whose Bournemouth team demolished Fulham away 3-0. And Kiko Femenía (12) who helped Watford beat Huddersfield by the same score. 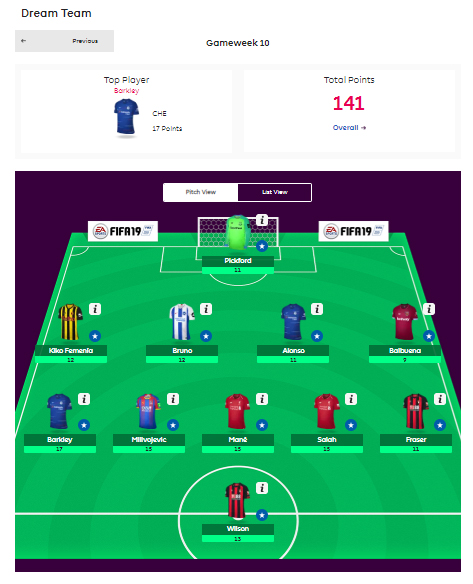 These defeats set up a real 6-pointer next week between Huddersfield and Fulham. Whilst David Wagner will probably be in the Terriers’ dug-out for the season, no matter what, I could quite easily see Slaviša Jokanović getting the bullet if his side fails to deliver.

Alongside Kiko, other budget defenders you might wish you’d considered – these are the hidden gems who cost little but scored big – were West Ham’s Fabián Balbuena (9), who registered his first goal for the club in a 1-1 draw with Leicester, and Brighton’s Bruno (12), who claimed a clean sheet, an assist and all three bonus points in a 1-0 win against Wolves.

Monday night saw Spurs against Man City. Where our FPL had more than a shade of NFL, thanks to those horrible, garish markings on the pitch. It seemed to affect the game somewhat too, with Rihad Mahrez (11) converting the only touchdown, sorry, offensive goal-shot.

As always, all these player points made waves in the FFUK league, so let’s take a look at the latest positions.

There’s no change at the very top, with Mark Ford (1st) beginning to get used to his place at the summit, although Lawrence Sprigings (2nd) is keeping pace and only three points behind.

Big point scorers in the top 50 this week include Alberto Mario Schena (40th) with 93, and the WhatsApp group’s very own Steve Cronin (24th) with 92.

But the highest score in the league goes to Ashley Cox (61st) with 97. Just 3 shy of a ton. So near to the hundred club, but I doubt you’re particularly bothered. Very impressive.

Gameweek 10 was, of course, the last in October. It means the month is done and the shake-up for the cup competitions is over. Where did you finish in the race to qualify? If you’re not sure, Pete will be in touch soon, so watch this space.

I’ll sign off with news of the latest Conts evictee. This week, Trevor Dennison, whose lowly 27 points were just 3 short of Tom Page-Chatton, who lives to fight another day. Hard luck, Trev. Well done, Tom.

That’s all from me. The bell’s just rung and I’m off to plan how to squeeze Salah into my team. 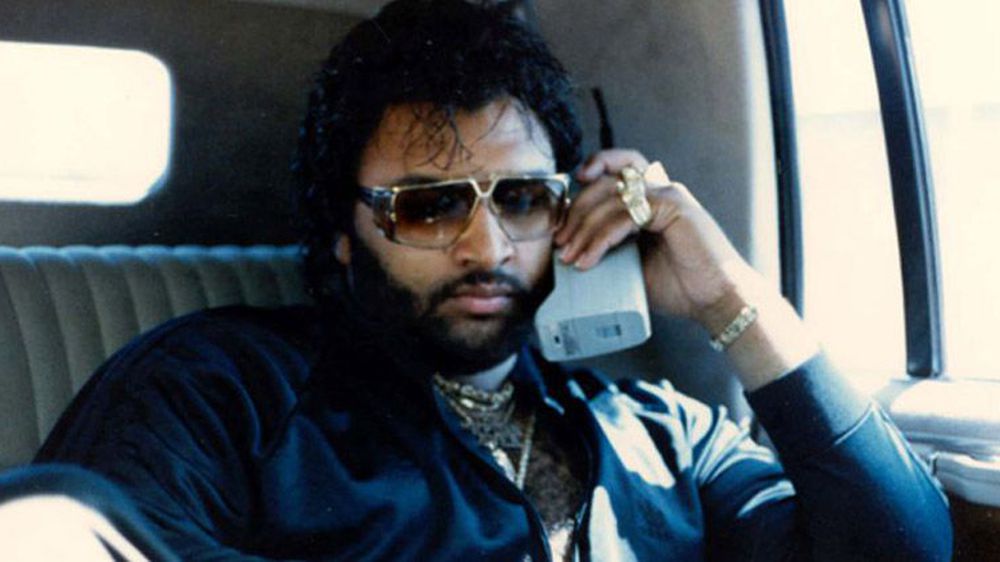